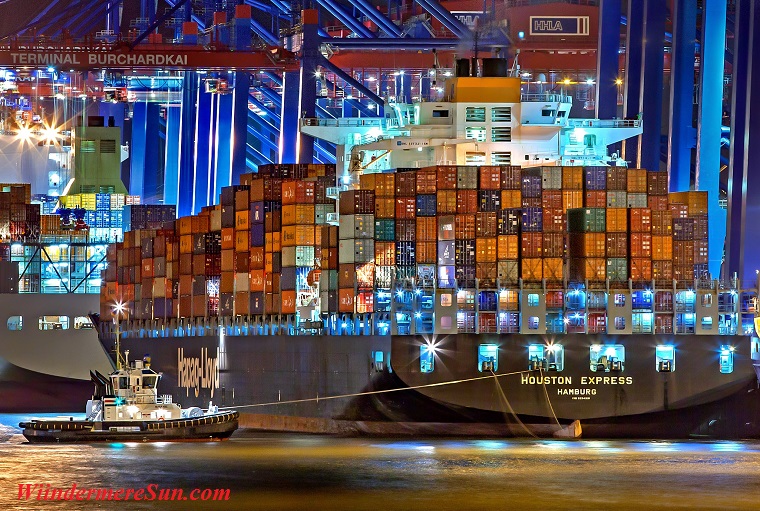 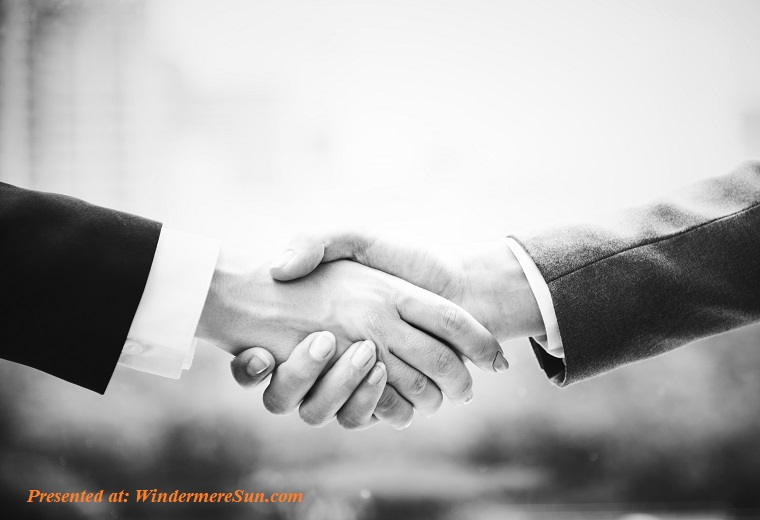 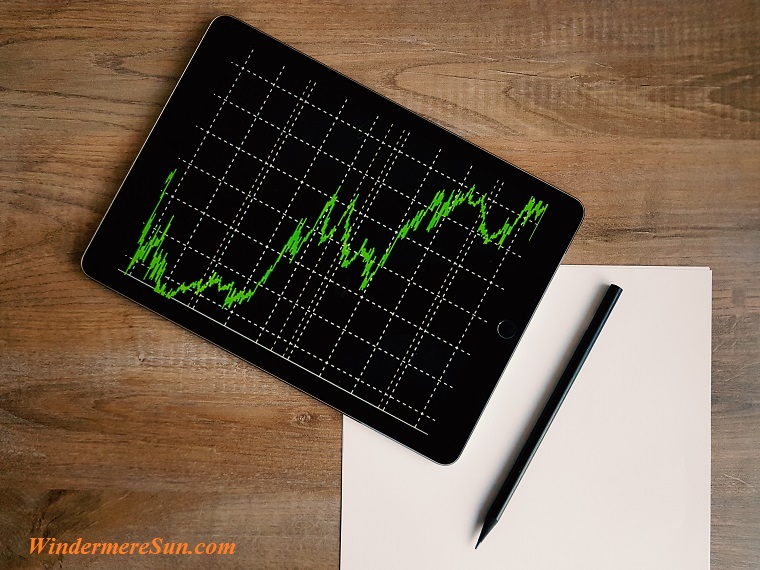 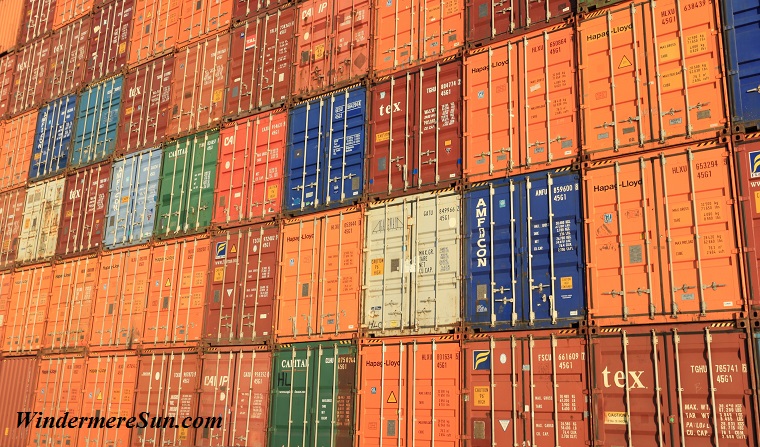 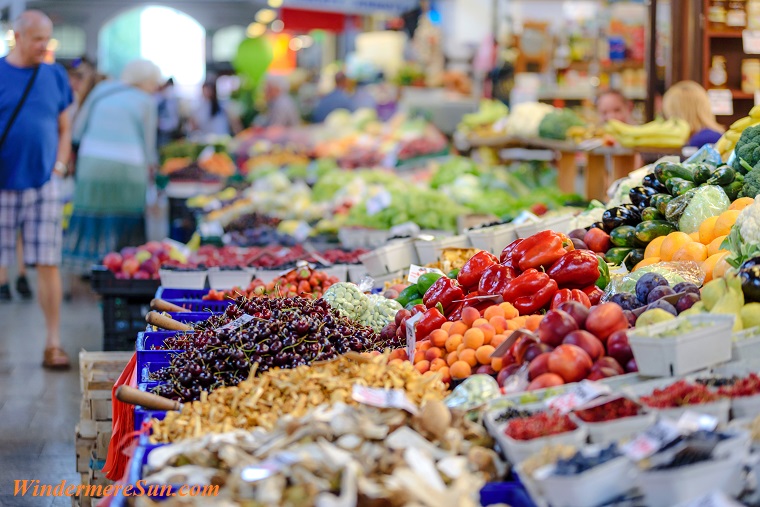 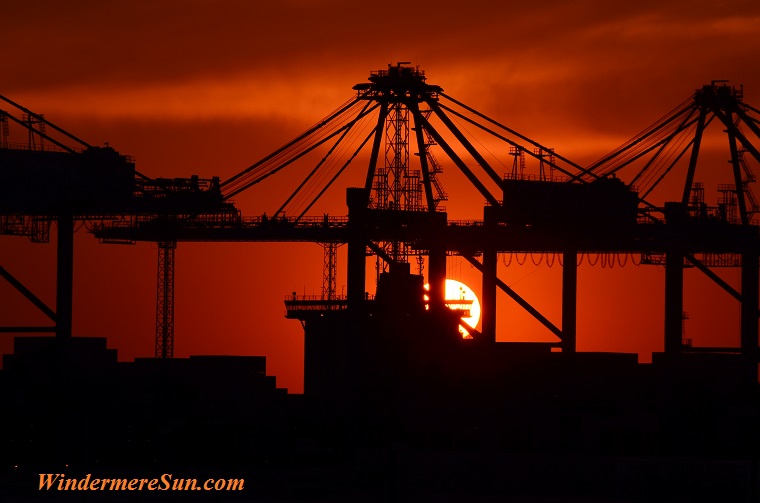 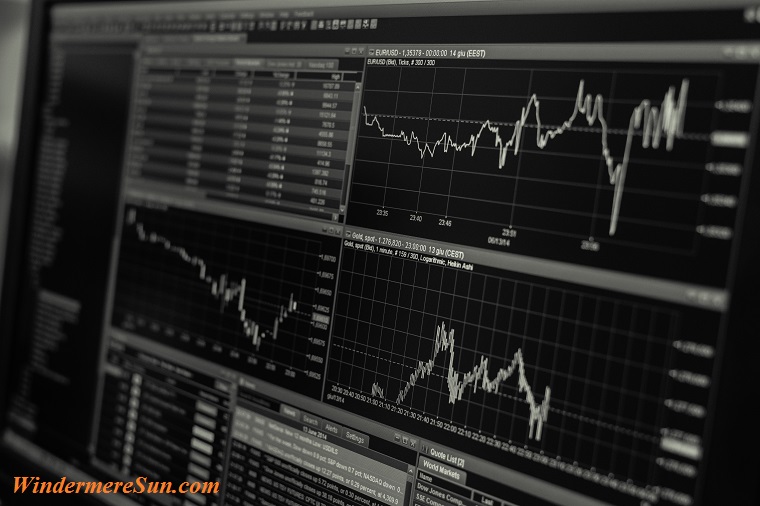 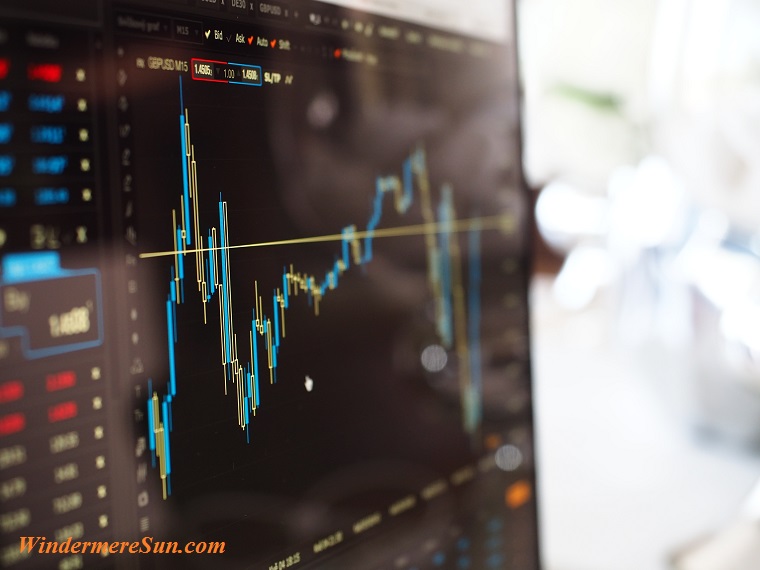 Today, May 13, 2019, President Trump played down China’s retaliatory tariffs on $60 billion worth of U.S. goods, and explained how he’s looking to use the tariffs to help farmers, in the video “President Donald Trump Reacts To New Retaliatory Tariffs From China In Trade War, MSNBC“, below:

The trade war between the world’s two biggest economies is escalating, as China announced it will raise tariffs on $60 billion worth of U.S. imports, in response to tariffs President Trump levied Friday. Trump remained confident about the U.S. economy’s overall strength, saying “I love the position we’re in.” But will American consumers? Judy Woodruff talks to The Wall Street Journal’s Greg Ip, in the video “What Trump’s trade war with China means for American consumers“, below:

The Trump administration increased tariffs on $200 billion in Chinese goods after the latest round of trade talks between the U.S. and China failed to produce an agreement, in the video “Larry Kudlow on rising tensions and Trump’s China strategy“, below:

Larry Kudlow, the White House Economic Adviser, indicated that these areas have to be fixed and with strong enforcement provisions: intellectual property theft, forced technology transfer and ownership of American companies, cyber intervention, tariff and non-tariff barriers. He also mentioned that ultimately it is the U.S. businesses and American consumers who will be paying for these tariffs, not the Chinese. It is estimated that the cost of more tariffs and Chinese retaliation would impact the Americans:

“Trade wars are good and easy to win,” President Donald J. Trump famously tweeted. But how would one really impact everyday Americans? In the video “The Realities Of Trump’s Trade War, VICE on HBO“, below:

The Trump administration places tariff on not just China but American allies in Europe and Canada. Tariffs could increase the price of both domestic and foreign goods and lead to significant job loss. Economist Laura Tyson, along with other 1,100 economists and about 15 Nobel Laureates, from both right and left, signed a public letter decrying Trump’s trade policy, warning against tariffs leading to potential retaliation, increased cost of living, slowing of the global trade, negative employment rate, and American losers outweighing American winners. President Trump does not seem to understand the term of “fair trade“, misinterpreting the benefit of trade, and not understanding the interdependence and importance of global economy. Protectionism is a killer of industries and prosperity. History has taught us that.

As the markets tank over the U.S. trade war with China, Investopedia’s Caleb Silver joins Ali Velshi to explain how it will hit your wallet, in the video “What Are The Tangible Effects Of America’s Trade War With China? Velshi & Ruhle, MSNBC“, below:

Therefore, tariffs hurts every one for all countries involved, given that prices are going up while salaries or incomes are not.

Under the theory of national security, the sweeping deal of tariffs on steel (25%) and aluminum (10%) that will be hurting U.S. allies more than China. China is retaliating with equal amount of tariffs on American exports. Ultimately Trump’s additional $200 billion on Chinese goods as better leverage or concession from China was unexpected. Trump seems to think that this is his fight alone against China. It does appear as though the globalists have lost and those with influence over the White House now are the nationalists. There is no longer any force to counter-balance the nationalists’ agenda, cautioning against the danger of trade war.

In response to the Trump administration’s decision to increase tariffs to 25 percent on Chinese goods, China will match the U.S. tariff rate on June 1. Stock futures saw a sharp drop as a result of the escalating trade conflict, in the video “China Set To Increases Tariffs As Retaliation For Escalating Trade Conflict, Velshi & Ruhle, MSNBC“, below:

Trump tweets that tariffs on China may or may not be removed, depending on what happens with respect to future negotiations, in the video “U.S.-China trade talks will continue, but so will the tariffs“, below:

Jitters surfaced all around the country and around the economic world as every one observes the impact of these tariffs measures on American consumers. Perhaps progress will be made between Trump and Xi during the G20 Summit next month in Japan.

Chinese and Trump administration officials met last week to hammer out a trade agreement, but the challenge may be more difficult now that Trump has threatened to impose additional tariffs on Chinese goods. NPR’s Laura Sullivan talks to Yamiche Alcindor about how Trump’s more hawkish advisers are influencing his policy to depart from that of previous administrations, in the video “What’s behind Trump’s trade war with China“, below:

China’s slowing economy and President Trump facing re-election in 2020 seem to point toward the two largest economies making a modest compromise on trade. But the trade deal itself is just a part of the larger geopolitical tug of war between the United States and China’s Xi Jinping, in the video “How The U.S. And China Are Fighting For Global Power“, below:

Negotiations between U.S. and China will continue. Hopefully, there will be progress in Japan during the G20 Summit next month. Given the recent discovery about Trump’s finance, NYT Reports Donald Trump’s Business Loss of $1.17 B In 10 Years, one wonders how successful these trade measures/policy will be.

EU Trade Commissioner Cecilia Malmstrom discusses the prospect of trade tariffs between the European Union and United States. She speaks with Bloomberg’s Maria Tadeo on “Bloomberg Surveillance.” in the video “EU Is Ready to Retaliate ‘Quite Rapidly’ to U.S. Tariffs: Malmstrom“, below:

Yale Professor Stephen Roach and Bloomberg’s Marty Schenker discuss the state of U.S.-China trade talks amid the escalation of a tariff war between the two nations. They speak on “Bloomberg Surveillance.” in the video “Yale’s Roach Sees U.S. in Danger of Repeating Past Tariff Mistakes“, below:

Dr. Stephen Roach commented that China is changing the model, for the benefit of China, while U.S. is not.

Chen Zhao, chief global strategist at Alpine Macro, discusses the impact of trade tariffs on the U.S. and Chinese economies. He speaks on “Bloomberg Daybreak: Americas.” in the video “How China Can Withstand the Impact of U.S. Trade Tariffs“, below:

The latest round of trade talks between American and Chinese negotiators concluded on Friday without a trade agreement. Bruce Heyman, who served as U.S. ambassador to Canada during the Obama Administration, joins “Squawk Box” to give his perspective, in the video “Former US ambassador weighs in on how China might react to the tariff hikes“, below:

Berkshire Hathaway CEO Warren Buffett, Vice Chairman Charlie Munger and Microsoft Co-Founder Bill Gates speak to CNBC’s Becky Quick about U.S. trade, in the video “Charlie Munger: It Would Be Insane For US and China Not To Develop Constructive Relationship, CNBC“, below: