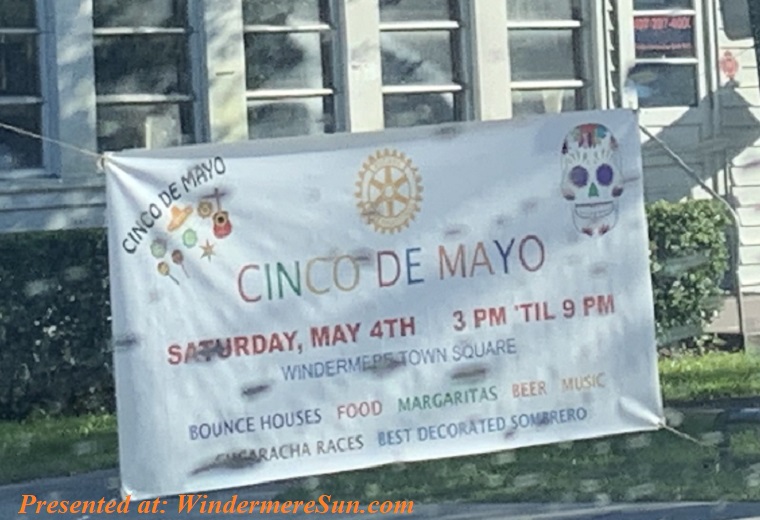 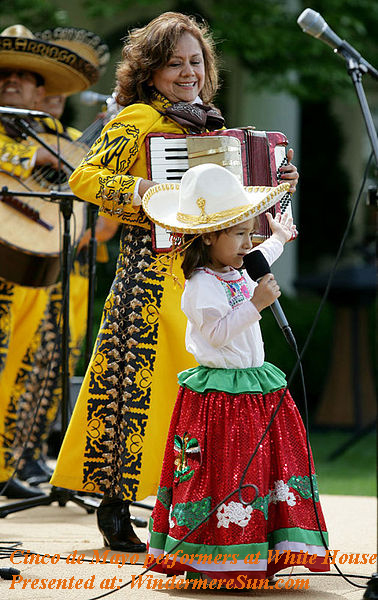 Cinco De Mayo commemorates the Mexican Army’s successful defense of the city of Puebla against invading French forces in 1862, in the video “Cinco de Mayo: A Celebration of Mexican Heritage, History“, below::

For some, Cinco de Mayo is just an excuse to drink margaritas. So, we clear up some of the misconceptions about the holiday, in the video “What Cinco de Mayo Is All About, NBC News“, below:

In this episode of top 5 myths, we’re asking questions like; Is it the day of Mexico independence? Are Sombreros the traditional dress? Is Tequila the drink of choice for this fiesta? Should tacos be served at your party? Is Cinco de Mayo celebrated throughout Mexico? And more. We’re looking to dispel some of the misconceptions that are based on on stereotypes and ignorance, so that you don’t end up embarrassing yourself, in the video “Top 5 Cinco de Mayo Myths“, below:

For more than 70 years, Esperanza Garcia has been making chicken with mole sauce from a recipe she learned as a young girl in Mexico, in the video “Making Mole in Mexico City“, below:

Check out the history of Cinco de Mayo, from the excerpt in Wikipedia, in italics, below:

Cinco de Mayo (pronounced [ˈsiŋko ðe ˈmaʝo] in Latin America, Spanish for “Fifth of May”) is an annual celebration held on May 5. The date is observed to commemorate the Mexican Army‘s victory over the French Empire at the Battle of Puebla, on May 5, 1862, under the leadership of General Ignacio Zaragoza.[1][2] The victory of the smaller Mexican force against a larger French force was a boost to morale for the Mexicans. A year after the battle, a larger French force defeated Zaragoza at the Second Battle of Puebla, and Mexico City soon fell to the invaders.

In the United States, Cinco de Mayo has taken on a significance beyond that in Mexico.[3][4][5][6] More popularly celebrated in the United States than Mexico,[7] the date has become associated with the celebration of Mexican-American culture. These celebrations began in California, where they have been observed annually since 1863. The day gained nationwide popularity in the 1980s thanks especially to advertising campaigns by beer and wine companies. Today, Cinco de Mayo generates beer sales on par with the Super Bowl.

In Mexico, the commemoration of the battle continues to be mostly ceremonial, such as through military parades or battle reenactments. The city of Puebla marks the event with an arts festival, a festival of local cuisine, and re-enactments of the battle.

Cinco de Mayo is sometimes mistaken for Mexico’s Independence Day—the most important national holiday in Mexico—which is celebrated on September 16, commemorating the Cry of Dolores, which initiated the war of Mexican independence from Spain.[1][8]