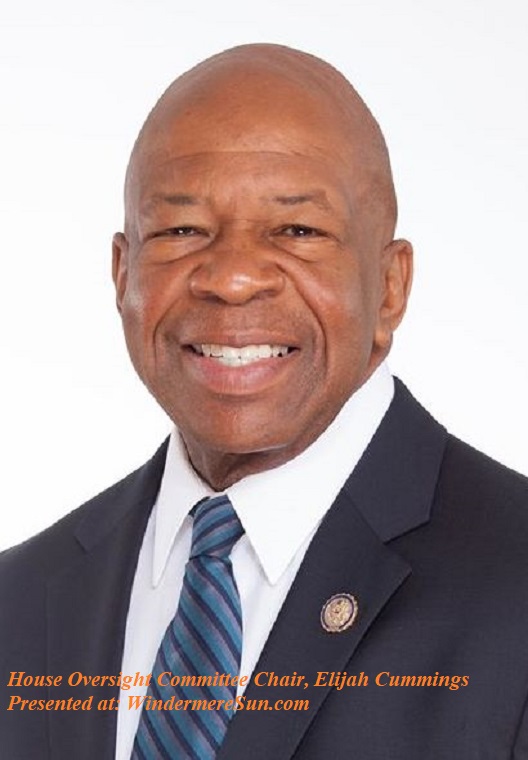 Much were debated over the media after the release of redacted Mueller report.

Rep. and House Judiciary Chair Jerrold Nadler stated, “Even in its incomplete form, however, Mueller report outlines disturbing evidence that President Trump engaged in obstruction of justice and other misconduct. Contrary to the Attorney General’s statement this morning that the White House “fully cooperated” with the investigation, the report makes clear that the president refused to be interviewed by the special counsel and refused to provide written answers to follow-up questions (page 13 at volume 2), makes clear that his associates destroyed evidence relevant to the Russian investigation (page 10 volume 1). The report concluded there was substantial evidence “that President Trump attempted to prevent an investigation into his campaign and his own conduct (page 76. 78. 90, 157 of volume 2).“

Democrats urge further Congressional probe into the findings of the reports. There was also talks of impeachment during the hour after release of the redacted Mueller report.

House Oversight Chairman Elijah Cummings joins Bob Schieffer to discuss how Congress will move forward following the release of special counsel Robert Mueller’s report, in the video “Cummings says Trump will be “emboldened” if Democrats “do nothing” after Mueller report“, below:

Chairman Cummings said, “We need to look at the finances of this President,  what he knew regarding the firing of various people. We need to know why Mr. Barr gave us a one-sided summary which has almost no resemblance to what exactly was in the report. And we also need to know something else, Bob, we need to know from Mr. Mueller, what exactly his intentions were. Did he intend for us, as Congress, to look at this and take some type of action or did he feel as if there was truly no collusion or no conspiracy. We need to get that. And we also need to hear from people like counsel for the President and see what Mr. McGahn who was clearly disobeying the President in many instances and actually by disobeying him (President). he came to his (President’s) rescue….Mr. Barr is acting as defense counsel for the President of the United States when he should be our, the People’s lawyer. I am appealing to M. Barr to do the job that he is suppose to do. There is suppose to be some kind of independence, but he bent over backwards to give this president the benefit of the doubt….the President and his lawyer are blocking every information we need to do our investigation. He’s being trying to block us…. Whistle blowers, come out, help us. Call us. ”

In a special report, MSNBC Chief Legal Correspondent, Ari Melber examines the two paths forward, outlined by Mueller in the Russia probe report. Melber breaks down why Mueller may have referred to both the Congressional power of impeachment and the possibility for former Presidents to be indicted, in the video “Mueller’s Bombshell: Trump Can Be Impeached Or Indicted Later, The Beat With Ari Melber“, below:


The Justice Department has released a redacted version of special counsel Robert Mueller’s 448-page report detailing Russian meddling in the 2016 election, the Trump campaign’s contacts with Russia and President Trump’s attempts to impede the special counsel’s investigation. The report states the campaign “expected it would benefit electorally from information stolen and released through Russian efforts,” but Mueller concluded, “the investigation did not establish that members of the Trump campaign conspired or coordinated with the Russian government in its election interference activities.” Mueller also outlined at least 10 instances where Trump attempted to impede the special counsel’s investigation, but Mueller came to no definitive conclusion on whether Trump broke the law by obstructing justice. In the report, Mueller suggests that this is a decision for Congress to make.  Below, a debate on the report’s findings between two Pulitzer Prize-winning journalists: Glenn Greenwald of The Intercept and David Cay Johnston, who has covered Donald Trump since the 1980s. His most recent book is “It’s Even Worse Than You Think: What the Trump Administration Is Doing to America.” in the video “The Mueller Report: Glenn Greenwald vs. David Cay Johnston on Trump-Russia Ties, Obstruction & More“, below: Rachel Maddow hones in on Volume II of the Mueller report the day after its release and shows why it could serve as a roadmap to prosecution after Trump leaves office, in the video “Robert Mueller Report: Outline For Prosecution, Rachel Maddow, MSNBC“, below: Headlines in papers across the country are mentioned above in the report of Rachel Maddow.  Sworn statements  and evidence of potential obstruction of justice in 10 categories are indicated in Mueller report.

It is sad, if not appalling, to find out that after President Trump tried to fire special counsel Mueller, unsuccessfully, via Don McGahn, on Julyy 19, 2017, the President met with Corey Lewandowski (a private citizen at the time, with no official capacity) alone in the oval office and told Corey Lewandowski that if Jeff Sessions did not meet with him, Lewandowski should tell Sessions he was fired. This is reminiscent of the scene of mafia movies, when the mafia boss would not get his own hands dirty by getting some one else to do the dirty job, regardless whether it was appropriate or not. The irregularity or hilarity continued when Lewandowski contacted Rick Dearborn (then a senior White House official) and asked if Dearborn could pass a message to Sessions…

Effectively, Mueller has laid it out clearly so that criminal charge can be brought. The reason no criminal charge is brought is explained specifically in the redacted report that: The Office of Legal Counsel (OLC) has issued an opinion finding that “the indictment or criminal prosecution of a sitting President would impermissibly undermine the capacity of the executive branch….” that he is bound by the Justice Department policy not to allow the indictment or prosecution of the sitting president so he could not bring charges or prosecution. So, instead, Mueller provided the roadmap for Congress such that “while the OLC opinion concludes that a sitting President may not be prosecuted, it recognizes that a criminal investigation during the President’s term is permissible. The OLC opinion also recognizes that a President does not have immunity after he leaves office.“….”OLC Op. at 255 (“Recognizing an immunity from prosecution for a sitting President would not preclude such prosecution once the President’s term is over or he is otherwise removed form office by resignation or impeachment“). Furthermore, given those considerations, the facts known to us, and the strong public interest in safeguarding the integrity of the criminal justice system, we conducted a thorough factual investigation in order to preserve the evidence when memories were fresh and documentary materials were available. The statute of limitation on Obstruction of Justice is five years from the last criminal act that would/could be charged. Therefore, if President Trump will not be re-elected, then in Jan., 2021, he will no longer be immune from prosecution. But if he will be re-elected,  he will be free from prosecution by the end of the second term.

It is important to note, in Mueller report, that “the statement that the investigation did not establish particular facts does not mean that there is no evidence of those facts.” and that this should go to Congress. Furthermore, “The conclusion that Congress may apply the obstruction laws to the President’s corrupt exercise of the powers of office accords with our constitutional system of checks and balances and the principle that no person is above the law.”

Though Special Counsel Robert Mueller did not charge Trump with obstructing justice, his report reads like a roadmap to arrive at that conclusion. The report lists 10 key incidents analysed as potential obstruction by Trump- some ending with Mueller giving Trump the benefit of the doubt, and others with Mueller detailing the case against Trump. MSNBC Chief Legal Correspondent Ari Melber discusses how you don’t have to succeed at obstruction to commit obstruction of justice, in the video “See Mueller’s Damning Criminal Obstruction Evidence Against Trump, The Beat With Ari Melber“, below:
In essence, it is a pity that the U.S. Presidents attempted to obstruct justice to cover up, for President Richard Nixon during the Watergate scandal as well as for President Donald Trump during Mueller investigation. Given that the Mueller report  shows Trump being far worse than Nixon, it does appear that impeachment is the most likely next step. These questions remain to be answered: 1. will President Trump resign and receive pardon as President Nixon did, and 2. whether or not the Republican Congress would accept having an unethical Republican POTUS (who would lie, deny, and obstruct), if not a criminal one, remaining in the highest office of the land for a second term, or 3. will there be enough patriotic Republican Congress members still wanting to maintain the integrity of our democracy by protecting the fundamental principle of democracy that no person is above the law?