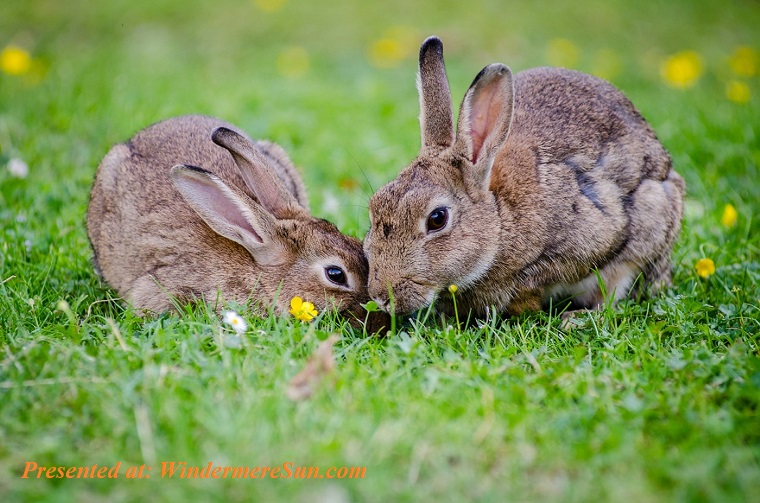 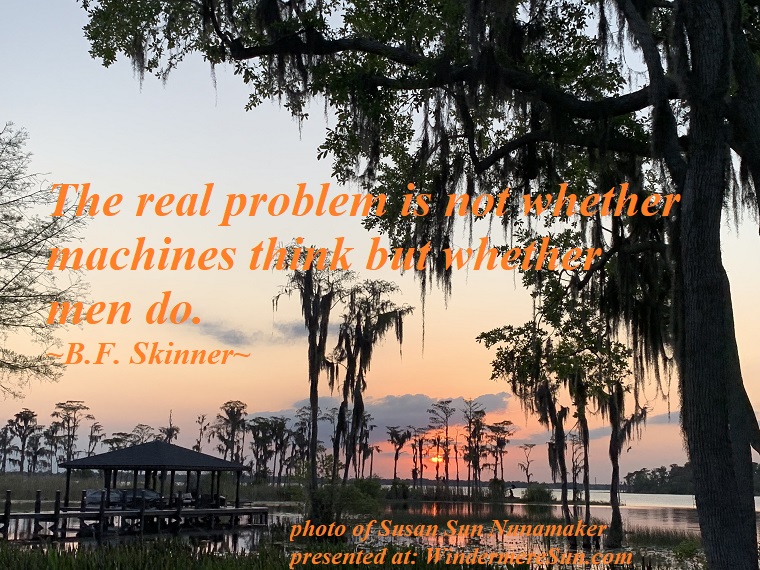 Quote of 04/07/2019, “The real problem is not whether machines think but whether men do. (Quote of B.F. Skinner, Photo of Susan Sun Nunamaker, Presented at WindermereSun.com)

Quote of 04/07/2019, “The real problem is not whether machines think but whether men do. (Quote of B.F. Skinner, Photo of Susan Sun Nunamaker, Presented at WindermereSun.com)

B.F. Skinner once said, “The real problem is not whether machines think but whether men do.“

For more on B.F. Skinner, please refer to excerpt from Wikipedia, in italics, below:

Skinner developed behavior analysis, the philosophy of that science he called radical behaviorism,[12] and founded a school of experimental research psychology—the experimental analysis of behavior. He imagined the application of his ideas to the design of a human community in his utopian novel, Walden Two,[13] and his analysis of human behavior culminated in his work, Verbal Behavior.[14] Skinner was a prolific author who published 21 books and 180 articles.[15][16] Contemporary academia considers Skinner a pioneer of modern behaviorism, along with John B. Watson and Ivan Pavlov. A June 2002 survey listed Skinner as the most influential psychologist of the 20th century.[17]

A controversial figure, Skinner has been depicted in many different ways. He has been widely revered for bringing a much-needed scientific approach to the study of human behavior; he has also been vilified for attempting to apply findings based largely on animal experiments to human behavior in real-life settings.