A Sitting U.S. President Can Be Sued For Defamation 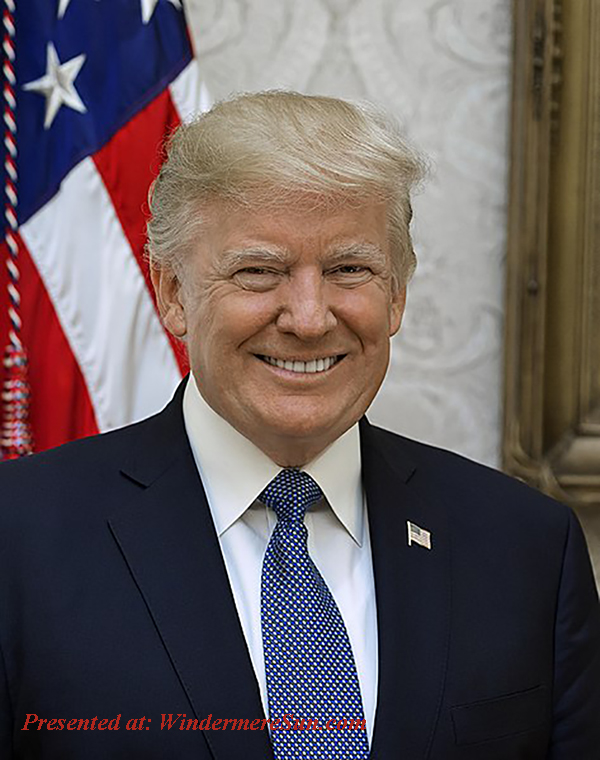 Last week, In a 3 to 2 decision, a New York appellate court  ruled that Donald Trump is not immune from a civil defamation suit just because he’s President. The New York Justice Jennifer Schecter  issued a scathing rebuke of Donald Trump by telling him that his claims are wrong and that a sitting president CAN be sued for defamation, and it is going to happen to him. The judge is allowing the defamation suit brought by former Apprentice contestant Summer Zervos to continue, which marks a huge blow to the Trump administration. Ring of Fire’s Farron Cousins discusses this in the video “Judge Tells Trump He’s NOT Above The Law And Will Face Justice“, below:

Justice Schecter cited the United States Supreme Court ruling in favor of Paula Jones, the Arkansas woman who sued President Bill Clinton for sexual harassment and defamation.  Even though Mr. Clinton argued in federal court that as president, he was immune, the Supreme Court ruled against Clinton 9 to 0, in 1997. Nearly all legal experts agreed with the decision. Furthermore, Justice Schecter stated that “It is settled that the President of the United States has no immunity and is ‘subject to the laws’ for purely private acts,” and she wrote, “No one is above the law.”

Those critics who disagreed with Justice Schecter’s ruling tend to like to use Thomas Jefferson’s position,  who warned long ago that allowing a sitting president to be haled to court would violate the principle of separated powers. To this position, one should really consider the fact that separation of powers does not mean there is no intersection of three branches of the government. That is why president of the United States can veto legislative branch’s bill while President of the United States can also be sued in the court of law because United States is a nation of democracy rather than monarchy. No one is above the law.  Further interpretation of the relationship among these three branches of government would also reflect the sentiment of the time. Perhaps Americans should be thankful that the modern interpretation  indicates that our society has evolved to a  more progressive and democratic system than that of the 1800’s, when slavery and inequality among people were acceptable.

To better understand the situation with Ms. Summer Zervos, please refer to the excerpt from wikipedia, in italics, below:

Summer Zervos was a contestant on the fifth season of The Apprentice, which filmed in 2005 and aired in 2006.[32][b] Subsequently, she contacted Trump in 2007, about a job after the show’s completion, and he invited her to meet him at The Beverly Hills Hotel. Zervos has said that Trump was sexually suggestive during their meeting, kissing her open-mouthed, groping her breasts,[32] and thrusting his genitals on her.[34] She also has said that his behavior was aggressive and not consensual.[33] Zervos is being represented by attorney Gloria Allred.[35]


John Barry, her cousin and a Trump supporter, has said that Zervos talked to her family and friends about Trump, promoting his candidacy and stating how Trump had helped her out in her life. Barry said that during the presidential primary campaign, Zervos invited Trump to her restaurant, and he declined.[35][36] In October 2016, the Trump presidential campaign released an email by Zervos, sent to Trump’s secretary in April 2016, in which she stated: “I would greatly appreciate reconnecting at this time. He will know my intentions are genuine.” Zervos said that she had intended to confront Trump and give him the “opportunity to clear the air.” She said that on April 21, she sent another email to Trump’s assistant which she asked to be forwarded to Trump, in which she stated: “I have been incredibly hurt by our previous interaction.”[36]

On January 17, 2017, Zervos filed a defamation lawsuit against Trump, arising from his statement that she had lied about the allegations.[37][38] Marc Kasowitz is defending Trump in the case.[39] Zervos has filed a subpoena for “all documents concerning any woman who asserted that Donald J. Trump touched her inappropriately”.[40] On 21 March 2018, a New York Supreme Court judge decided to allow a defamation lawsuit against the President to go forward.[41][42][43] On June 4, 2018, Manhattan Supreme Court Justice Jennifer Schecter ruled that Trump must be deposed by January 31, 2019.[44]

As of September 9, 2018, Trump will provide written answers under oath in the defamation lawsuit.