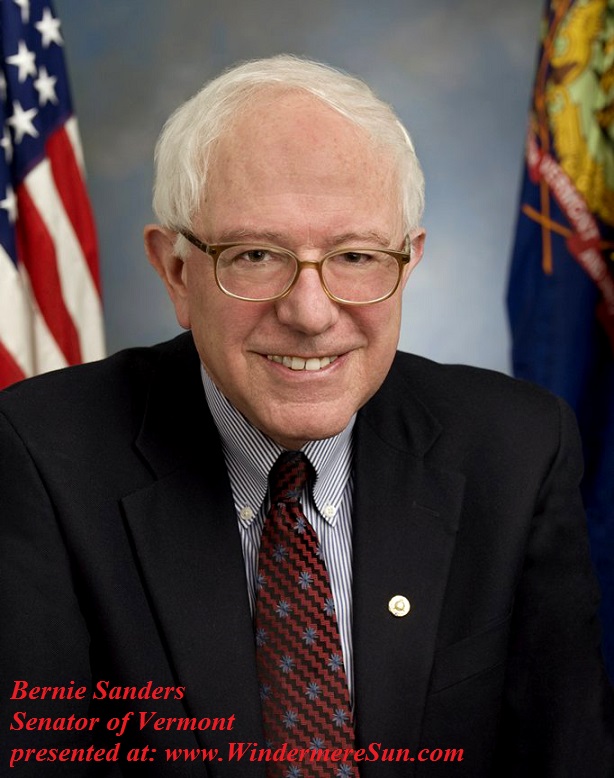 
Seven Republicans broke rank with Trump, on Wednesday, March 13, 2019, to back the resolution to end U.S. support for the Saudi Arabian-led coalition’s war in Yemen. The resolution passed by a vote of 54 to 46. Lawmakers have never before invoked the decades-old War Powers Resolution to stop a foreign conflict, but they are poised to do just that in the bid to cut off U.S. support for a war that has triggered a humanitarian catastrophe. The vote puts Congress on a collision course with president Trump, who has already threatened to veto the resolution, which the White House says raises “serious constitutional concerns.” in the video “Senate rebukes Trump in seeking to end Yemen war involvement“, below:
Senator Bernie Sanders delivered remarks on the Senate floor Wednesday afternoon, March 13, 2019,  to begin debate on the resolution to end U.S. support for the Saudi-led war in Yemen. He emphasized the importance of the Congress reclaiming its constitutional authority by ending U.S. involvement in a war that had not been authorized by Congress and was clearly unconstitutional, in the video “Senate Voting to End War in Yemen“, below: Below, in italics, is a summary of Senator Bernie Sanders’ impactful speech to persuade the Senate:

Today is an extremely important day. Today, we in the Senate have the opportunity to take a major step forward in ending the horrific war in Yemen and alleviating the terrible terrible suffering being experienced by the people in one of the poorest countries on earth. And today equally important we can finally begin the process of reasserting Congress’s responsibility over war making. As every schoolchild should know, article 1 of the Constitution clearly states that it is Congress, not the president, that has the power to declare war. In their great wisdom, the framers of our constitution, the founders of this country, gave that enormously important responsibilities to Congress because the members of the House and the Senate are closer and more accountable to the people of this country. Tragically, however, over many years, Congress has abdicated that responsibility through Democratic presidents and Republican presidents. Today, we begin the process of reclaiming our constitutional authority by ending U.S. involvement in a war that has not been authorized by Congress and is clearly unconstitutional. Last December, this body made history for the first time since the war powers resolution was passed in 1973. A majority of United States senators, 56 of us in a bipartisan manner, used those powers from the War Powers Act to end U.S. involvement in a war.

Today, we consider that exact same resolution once again in the new Congress. This time, however, unlike last session, this resolution will be brought to the House floor and I strongly believe will be passed. Let me say a brief word about the war in Yemen. In March of 2015, under the leadership of Mohammed bin Salman, then Saudi defense minister and now the Crown Prince, a Saudi-led coalition intervened in Yemen’s ongoing civil war.