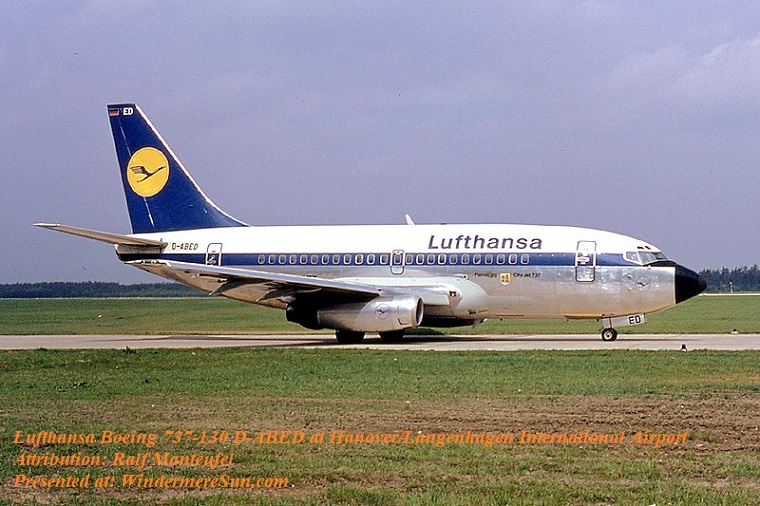 Boeing’s 737 MAX jetliners are grounded across much of the globe (including U.S.), as of Wednesday, March 13, 2019.  This is due to two fatal crashes of Boeing’s 737 MAX within five month period. Days after other nations banned the plane from flying in their airspace, the FAA, which had as recently as Tuesday (March 12, 2019) night insisted the plane was safe, said new information about Sunday (March 10, 2019)’s Ethiopian Airlines crash (killing 157 people) led it to change course. John Yang reports, and Judy Woodruff talks to Miles O’Brien for analysis, in the video “What new information led FAA to ground Boeing’s 737 MAX jets?“, below:

U.S. aviation experts have convened at the crash site of Ethiopian Airlines Flight 302 amid growing global concern about the safety of Boeing’s 737 MAX 8 jet. Although dozens of countries have grounded the planes, the FAA says they’re safe back on Tuesday, but soon to change on Wednesday. John Yang reports and discusses with Mary Schiavo, a former Transportation Department inspector general who represents the victims of airline accidents, in the video “It’s impossible to call Boeing 737 MAX 8 safe, says this aviation expert“, below: Attention is now focused on an automated flight control feature designed to avoid what’s called a stall. A stall can happen if a plane’s nose points too high and loses the ability to fly. The 737 MAX 8’s autopilot is designed to sense when that is a danger and automatically push the nose down. Pilots can override the system by shutting the autopilot off. FAA says it expects to order fixes for the system no later than April. The changes had been delayed by disagreements between Boeing and federal regulators about how extensive they should be. There are about 350 Boeing 737 MAX 8’s are in operation worldwide; 58 of them are operated by two U.S.-based airlines, Southwest and American.

371 Boeing airliners are sitting idle on the tarmac now, after the aviation giant grounded its 737 MAX model, in the video “Entire Boeing 737 MAX aircraft fleet grounded“, below:


In a statement on March 13, 2019, the Federal Aviation Administration confirmed its ordering of a temporary grounding of Boeing 737 Max 8 and 9 aircrafts, citing “new evidence collected at the site and analyzed today,” and “refined satellite data.” in the video “FAA says evidence begins to connect Boeing 737 Max 8 crashes“, below: Boeing said Thursday, March 14, 2019, it is pausing delivery of its 737 Max jets that have been grounded after two deadly accidents. Attention now turns to the black boxes that hold the clues into Sunday’s crash in Ethiopia. Kris Van Cleave reports, in the video “Black boxes from deadly Ethiopian Airlines crash sent to investigators in France“, below:  We look back at the history of the 737 MAX 8 for possible clues in the Ethiopian Airlines crash, in the video “How 737 MAX 8’s design history could have influenced the Ethiopian Airlines crash“, below: Boeing is now updating its software and modifying the training process.
For more on Boeing 737 MAX, please refer to the excerpt from wikipedia, in italics, below:

Following two fatal crashes of MAX 8 aircraft in October 2018 and March 2019, regulatory authorities around the world grounded the aircraft series for an indefinite time period, as of March 13, 2019.