In Addition To Sentences Of 7.5 Years In Federal Prison, Paul Manafort Is Now Also Charged By New York State 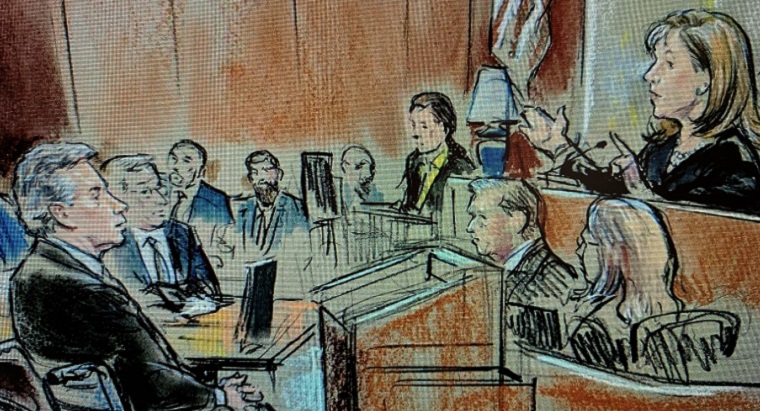 On Wednesday, March 13, 2019, Trump’s former campaign chairman, Paul Manafort, was sentenced second time in DC to three and half years, added to the previous  47 month sentence in Virginia, totaling near 7.5 years in federal prison for tax and bank fraud and conspiracy in two related cases brought by the special counsel Robert S. Mueller III. The federal judge Amy Berman Jackson denounced Manafort as a man who “spent a significant portion of his career gaming the system.”


Judge Jackson said Russian collusion was neither addressed nor resolved in her court room. But Manafort’s lead attorney, Kevin Downing, made false statement soon after leaving her court room, claiming just the opposite. Hecklers immediately yelled out, “That’s not true. You’re lying.”Soon afterward, the Manhattan district attorney,  Cyrus R. Vance, Jr., filed multiple criminal charges (such as mortgage fraud) to ensure that Manafort will still face prison time even if Mr. Trump would pardon Manafort for his federal crimes. The president may have power to pardon federal crimes, but he has no such authority over state cases. The new state charges against Manafort contain a 16-count indictment alleging a yearlong scheme in which Manafort falsified business records to obtain millions of dollars in loans, according to attorney Vance in a news release after the federal sentencing. Mr. Vance said, “No one is beyond the law in New York,” adding that the prosecutors in his office had investigated and “yielded serious criminal charges for which the defendant has not been held accountable.” The investigation began in 2017 when the Manhattan prosecutors examined loans Manafort received from two banks. Last week a grand jury voted to charge Manafort with residential mortgage fraud, conspiracy, falsifying business records and various other charges. The spokesman for Manafort, Jason Maloni, declined to comment on these new charges. Manafort could face up to 25 years in New York state prison if convicted of the most serious charges in the new indictment.

After the hearing, a New York prosecutor revealed new state-level charges for Manafort, too. William Brangham, who was in the courthouse, reports, and Amna Nawaz talks to former federal prosecutor Jessica Roth for analysis, in the video “After Manafort’s 2nd federal sentencing, NY prosecutor announces additional charges“, below: