Mainstream EV Is Not A Dream Anymore 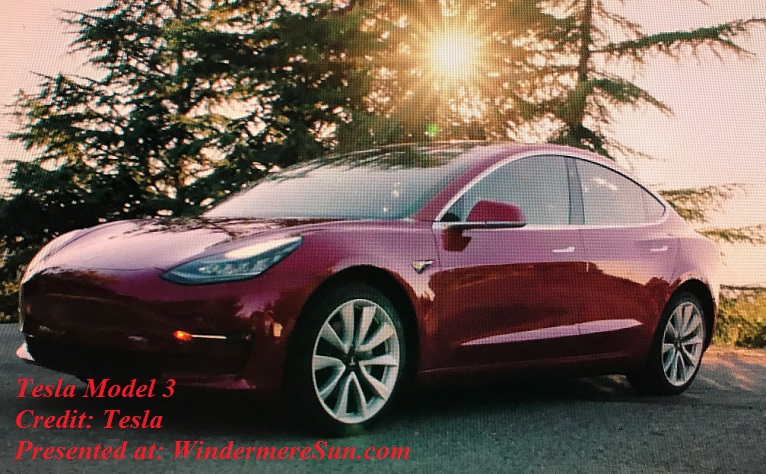 Tesla is helping us to transition into a world of electric vehicles. It is no longer a dream, but becoming mainstream through:


Tesla Inc. is finally putting a $35,000 version of the Model 3 sedan on the market, almost three years after Chief Executive Officer Elon Musk started taking orders for the sedan. Loup Ventures co-founder Gene Munster and Bloomberg’s Keith Naughton discuss on “Bloomberg Technology.” in the video “Elon Musk Launches $35,000 Tesla Model 3“, below: In the Q4 2018 earnings call, Tesla CEO Elon Musk said that we’d likely see the long-awaited ‘mass-market’ $35,000 Tesla Model 3 enter production some time in the summer, completing the Tesla Model 3 lineup after nearly two years of production. Today, after teasing something important was on the way, Tesla announced it was taking orders for two Model 3 standard range variants: the Tesla Model 3 Standard Range ($35,000) and the Tesla Model 3 Standard Range Plus ($37,000) Here’s what you need to know about both models — and when you can expect them if you want to buy one. In the video “Model 3 Standard Range Is Here: What You Need To Know“, below: First public Tesla V3.0 Supercharger Station goes live Wed., March 6, 2019,  8pm, in the video “Tesla Breaking News-Supercharger V3 and Model Y Unveil Dates“, below:
Supercharger V3 | What We Know + Speculation Tesla will unveil their supercharger V3 this year which will include many upgrades which will help Tesla in their goal to transfer to sustainable energy. Tesla’s Version 3 supercharger may be the supercharger said by Elon to be the Tesla Semi Mega-chargers. **Speculation** Tesla may use their snake-like charger shown in an early prototype video from 3 years ago. This will be used once all the cars are fully autonomous and need a way to charge without a human, in the video “Tesla Supercharger V3, What We Know + Speculation“, below:
Tesla Supercharger v.3. is being rolled out, enabling Tesla EV’s be charged faster and more supercharging stations will be coming in throughout the USA. In the video “Tesla News-Supercharger V3“, below: Elon Musk Tells Shareholders Model Y. The model Y car is an SUV that will be coming out in 2020. In this video Elon Musk discusses the Tesla Model Y at a shareholder meeting for Tesla. It is now just a matter of time before Tesla unveils the next vehicle in its product roadmap — the Model Y. Aimed at the auto industry’s most lucrative segment today, the all-electric SUV and its potential success could definitively establish Tesla’s reputation as a successful carmaker. With this in mind, the Model Y’s 2019 release could be seen as a strategic move for Tesla, since the company is now at a point where it has matured enough to produce a vehicle of such magnitude and caliber as the all-electric SUV, in the video “Elon Musk Tells shareholders Model Y “To Be Best Tesla Ever Made”-2018 Elon Musk Interview“, below: Tesla is following up a very busy February with an even more hectic March. Elon Musk has announced that his brand will unveil the long-promised Model Y crossover at the LA Design Studio on March 14th. On top of that, you can expect the first “v3.0” Supercharger station to switch on March 6th at 8PM Pacific. Musk didn’t provide more clues beyond that, but you might already have an idea as to what to expect, in the video “Tesla will unveil the Model Y crossover on March 14th“, below:
Gathered, written, and posted by Windermere Sun-Susan Sun Nunamaker
More about the community at www.WindermereSun.com