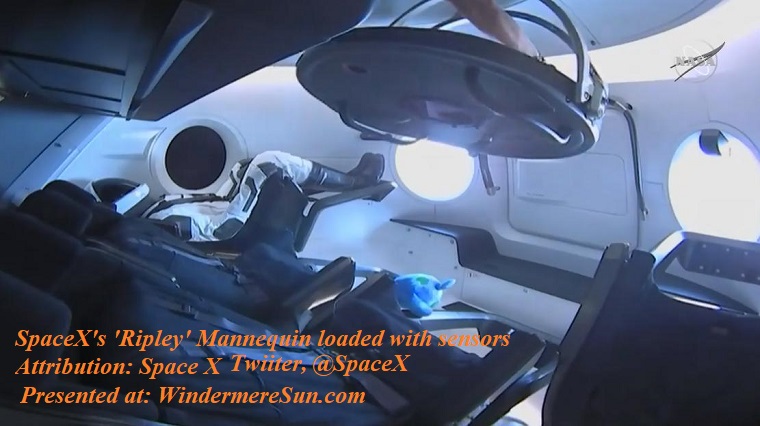 Ripley, mannequin full of sensors, from SpaceX, on board of Dragon 2 (Attribution: SpaceX Twitter, @SpaceX, Presented at: WindermereSun.com) 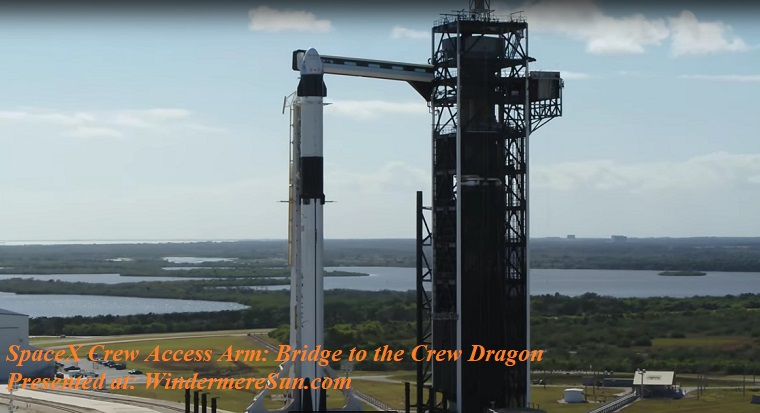 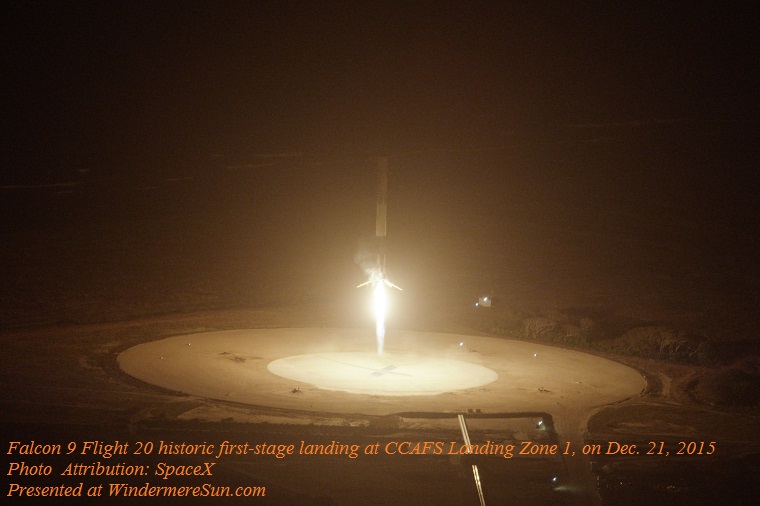 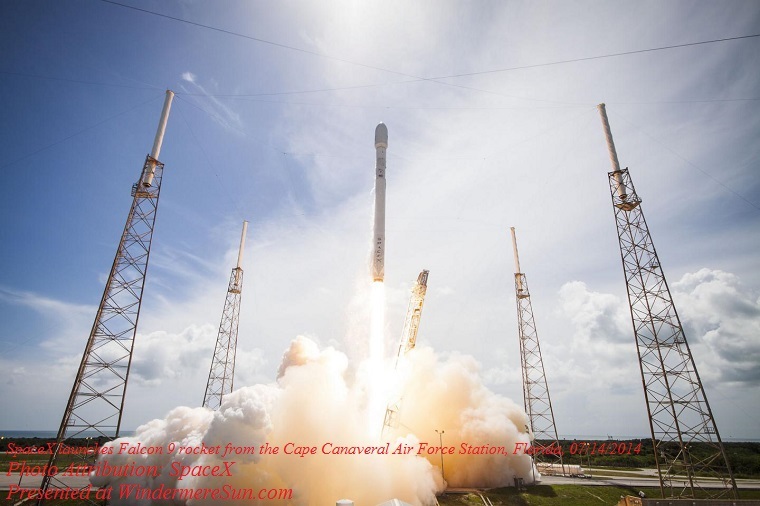 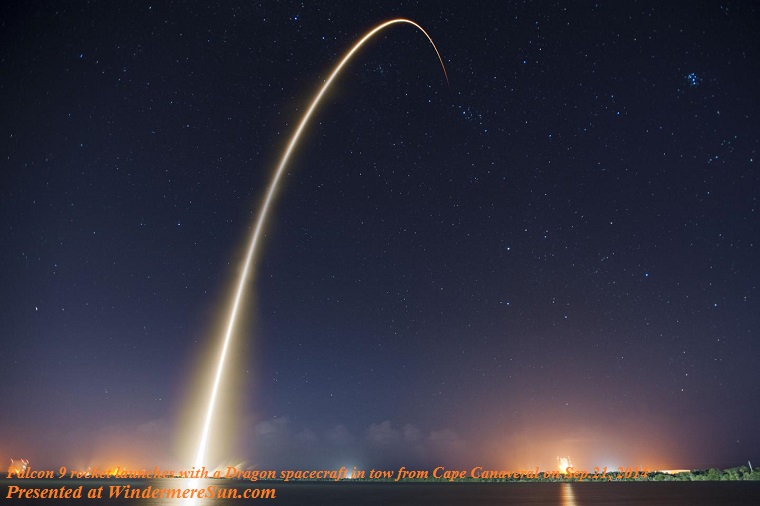 Falcon 9 rocket launches with a Dragon spacecraft in tow from Cape Canaveral on Sep. 21, 2014 (Attribution: SpaceX, Presented at: WindermereSun.com) 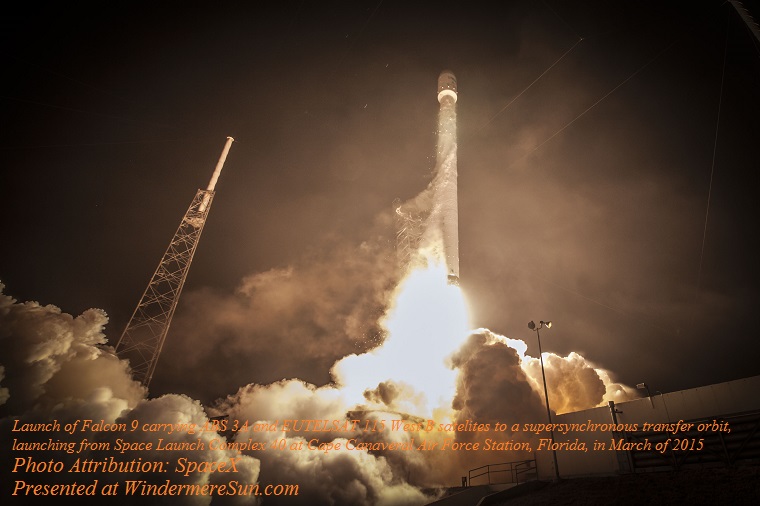 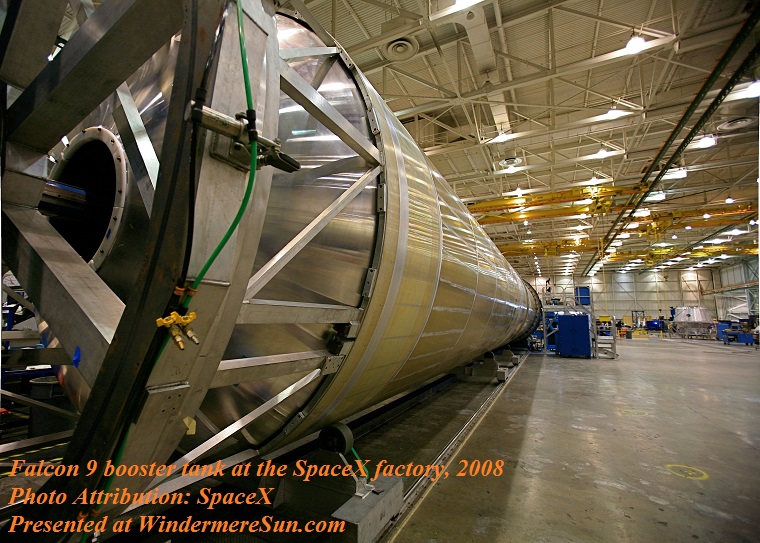 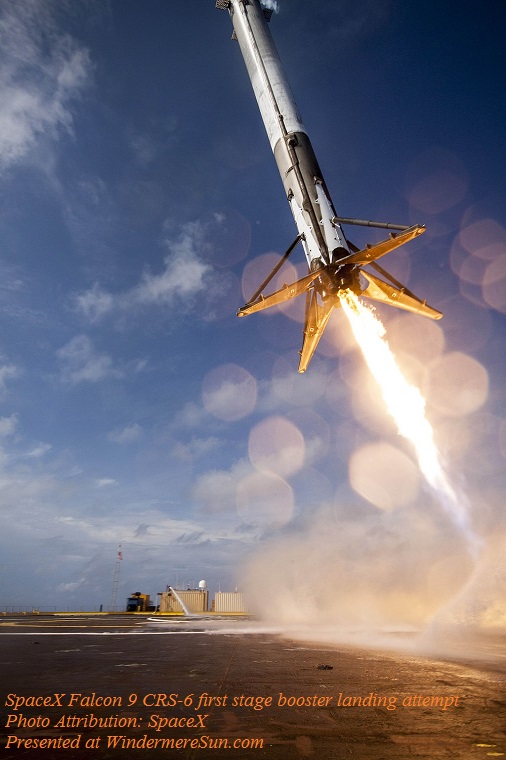 Falcon 9 launched the Crew version of their Dragon spacecraft (Dragon 2), on March 2, 2019, to the International Space Station (ISS) as part of the first demonstration flights of NASA’s Commercial Crew Program. The mission, called Demo-1, was set to launch at 2:49 a.m. Eastern Time on Saturday, from Launch Complex 39A at NASA’s Kennedy Space Center in Florida. As part of Demo-1, Crew Dragon docked to the space station on March 3 (around 6:00 a.m. Eastern Time) and deliver roughly 400 pounds of supplies, including a test dummy strapped with sensors that would help let SpaceX and NASA know whether the flight is safe enough for human travelers. This is the first-of-its kind launch by SpaceX, a big step toward human spaceflight self-sufficiency.  SpaceX’s Crew Dragon capsule embarked on its first test mission to the ISS on march 2, 2019, launching atop a Falcon 9 rocket from NASA’s Kennedy Space Center on the Space Coast. There is no one aboard Crew Dragon on this six-day flight, known as the Demo-1, with only a sensor-laden dummy astronaut named Ripley (nod to the sci-fi film “Alian”). If all goes well with the plan of Demo-1 and a subsequent emergency-escape test, SpaceX will use the capsule to ferry two astronauts to the orbiting lab as early as July, 2019.

On March 8, Crew Dragon will leave the ISS and splashdown into the Atlantic Ocean. The Crew Dragon (also called Dragon 2) is SpaceX’s flagship human exploration vehicle. The company has spent nearly all of this past decade working on its development. Since the Space Shuttle Program ended in 2011, NASA has been without a working human spaceflight system, and has instead relied on Russian Soyuz missions to get its astronauts to the ISS and back, at a cost of about $80 million per seat. So, this would be a huge milestone for self sufficiency. This would be the first time since 2011 that the American rocket capable of bringing human into orbit had been successfully launched.