Trump and His Family Act Like They’re Above The Law 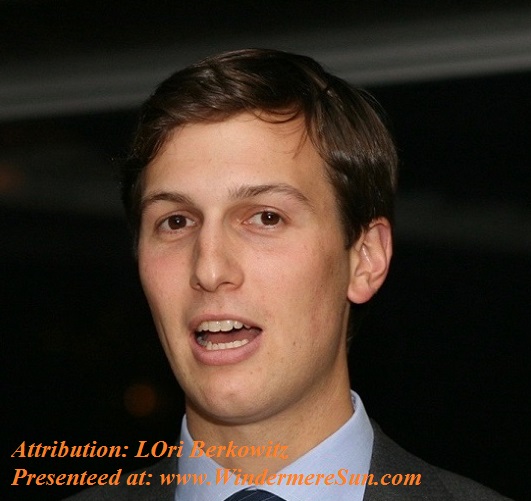 Both The New York Times and Washington Post reported (with unnamed sources)  yesterday, Thursday, Feb. 28, 2019, that Trump’s former chief of staff John Kelly documented Trump’s request, in a memo, to grant top-secret security clearance to his son-in-law Jared Kushner, despite concerns from officials. USA Today has not yet verified the claims. White House Press Secretary Sarah Sanders said , “We don’t comment on security clearances.” Trump declared that he had nothing to do with Kushner’s clearance.

The New York Times reported that “Trump Ordered Officials to Give Jared Kushner a Security Clearance“.

The Times reported that former White House Counsel Don McGahn documented his concerns with Kushner’s clearance in a memo, which did not state exactly what resulted from such concern relating to Kushner’s security level. Kushner, son-in-law and senior advisor to the president, was granted a permanent clearance in May of 2018 after almost three months in security limbo.


Responding to these reports of President Trump’s conduct, chairman of the House Committee on Oversight and Reform, Elijah Cummings, issued a warning to the White House. He said the committee, which is investigating the security clearance process at the White House, had not received any of the documents they had requested about the security clearances. “The Committee expects full compliance with its requests as soon as possible, or it may become necessary to consider alternative means to compel compliance,” Cummings said.  Chairman of the House Intelligence Committee, Rep. Adam Schiff, also commented late Thursday, saying in a statement that the reports showed Trump’s “utter disregard for our national security.” “There is no nepotism exception for background investigations,” he said. Kushner’s lawyer has said previously that his client completed the background check process and that it was held up in part because he neglected to fully account for his contacts with foreign nationals.
“His application was properly submitted, reviewed by career officials and went through the normal process,” attorney Abbe Lowell said in a statement at the time. “Having completed these processes, Mr. Kushner is looking forward to continuing the work the president has asked him to do.” Kushner’s permission to view top secret information was revoked in February 2018 after Kelly declared a moratorium on temporary security clearances. Kushner was the most high-profile of several top White House staffers caught in the aftermath of a scandal involving Rob Porter, the White House staff secretary accused by former wives of domestic violence. Porter’s security clearance was held up for almost a year while he worked on an interim clearance — though he continued to have access to almost every classified and unclassified document coming in and out of the Oval Office. Kelly left his position as Trump’s chief of staff at the beginning of the year after a series of internal tensions spilled into public view.

Day after day, Trump and his family are chipping away our democracy (through obstruction of justice, overreaching power, misuse of campaign finance, nepotism, etc.), acting as though they are above the law, with unlimited power. How long will Americans permit this to go on?!