Rep.Matt Gaetz Is Being Investigated By Florida Bar

Matt Gaetz, member of the U.S. House of Representatives from Florida's 1st District (presented at: WindermereSun.com) 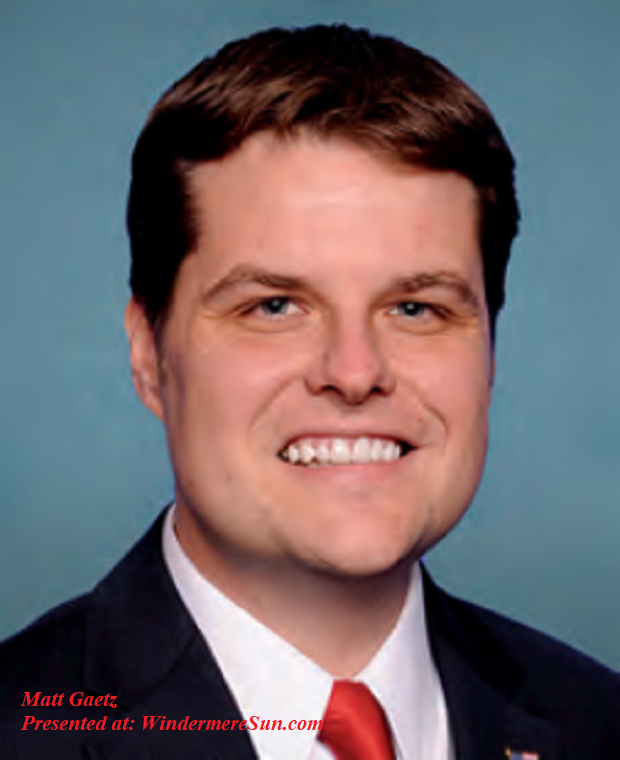 Matt Gaetz, member of the U.S. House of Representatives from Florida’s 1st District (presented at: WindermereSun.com)

The night before Cohen’s testimony before the House Oversight Committee, the Florida Republican Rep. Matt Gaetz asked Cohen on Twitter, “Do your wife & father-in-law know about your girlfriends? Maybe tonight would be a good time for that chat. I wonder if she’ll remain faithful when you’re in prison. She’s about to learn a lot….” Many who saw this tweet regarded it as threatening to Cohen. Gaetz deleted the tweet and apologized after the Speaker of the House Nancy Pelosi admonished Gaetz for his comments in a statement and suggested that they be examined by the House Ethics Committee.

On Wednesday evening, Gaetz tweeted that he apologized to Cohen and said “Regardless of disagreements, family members should be off-limits from attacks from representatives, senators & presidents, including myself. Let’s leave the Cohen family alone.”

Rep. Matt Gaetz was overheard (by staff writer at the Atlantic, Edward-Issac Dovere) discussing his threatening tweet about Michael Cohen with President Trump Wednesday evening, saying,”I was happy to do it for you. You just keep killing it.” 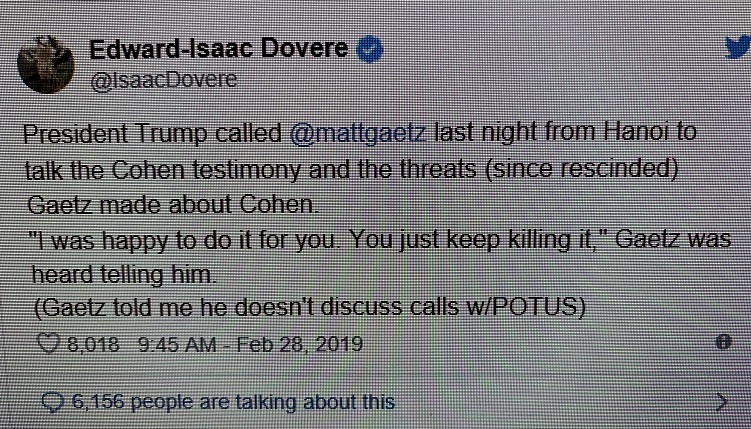 The Florida Bar has begun an investigation into U.S. Rep. Matt Gaetz because being a member of the Bar requires thorough understanding of the law and behavior held to a high ethical standard. Even a mafia attorney would have known enough about the law not to have sent such a tweet for it could have the potential of being interpreted as witness intimidation.