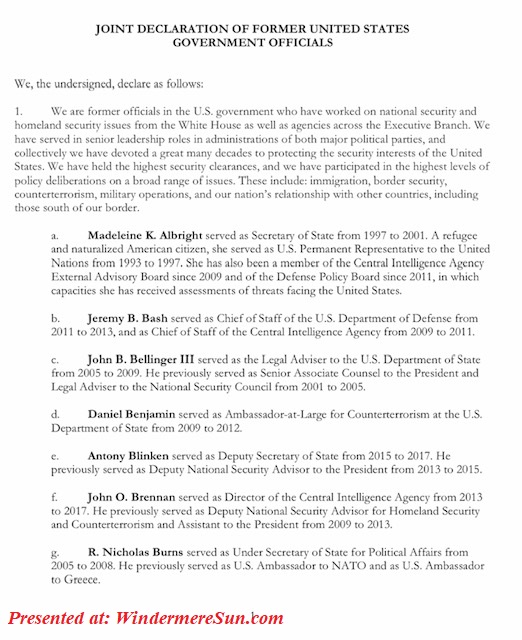 
The letter included statements such as “We are aware of no emergency that remotely justifies such a step. The President’s actions are at odds with the overwhelming evidence in the public record, including the administration’s own data and estimates.” It further argued that Trump’s declaration has “further eroded his credibility with foreign leaders, both friend and foe….Should a genuine foreign crisis erupt, this lack of credibility will materially weaken this administration’s ability to marshal allies to support the United States, and will embolden adversaries to oppose us.”

It further stated that Trump’s directive will undermine national security and foreign policy, “In the face of a nonexistent threat, redirecting funds for the construction of a wall along the southern border will undermine national security by needlessly pulling resources from Department of Defense programs that are responsible for keeping our troops and our country safe and running effectively.”

This open letter was published a day before the House is set to vote on a resolution to block the declaration of national emergency.