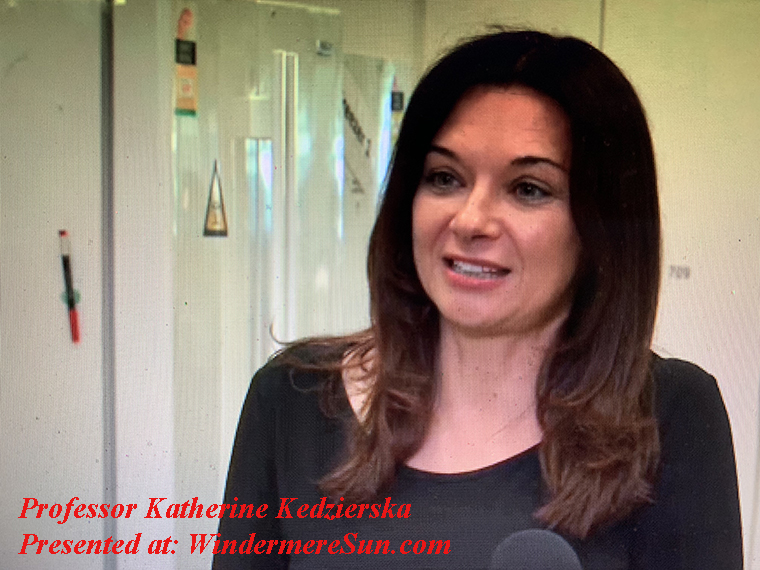 A recent development in the field of immunology may potentially impact all of our lives in decades to come.

Marios Koutsakos, a University of Melbourne (of Australia) PhD. student, said, “We have identified the parts of the virus that are shared across all flu strains, and sub-strains capable of infecting humans, and then investigated if we could find robust responses to those viral parts in healthy humans, and influenza-infected adults and children….Influenza viruses continuously mutate to evade recognition by our immune system, and they are vastly diverse, making it nearly impossible to predict and vaccinate against the strain that will cause the next influenza pandemic.” Mr. Koutsakos was part of a team led by Professor Katherine Kedzierska of Melbourne’s Doherty Institute, which had published its discovery in the scientific journal of Nature Immunology.

The vaccine that can deactivate or neutralize the part of the virus that is shared by all flu strains would be considered as the medicine’s holy grail in tackling any deadly global scourge of the winter months. Researchers now have identified the part of the virus that have not changed for more than a century that can be attacked by killer T cells.

Professor Kedzierska said, “It was really like finding a needle in a haystack. We started with 67,000 viral sequences and narrowed it down to three sequences that the killer T-cells can recognize.” Due to DNA quirks, Professor Kedzierska says the breakthrough super vaccine would be effective for only half of the world’s population that has the killer T-cells. “Now what we are working on is using similar cutting-edge technology to find similar Killer T-cells for the rest of the global population so we can protect every one.”

The recent Northern Hemisphere flu season has killed thousands of people in France, and in 2017, a particular virulent flu strain led to a record number of infections and an estimated four thousand deaths worldwide. A universal vaccine has the potential to be a significant lifesaver. Depending on a patient’s immune system, a cover-all flu shot may only be needed once every ten years, or potentially just once in a lifetime.

Researchers from the Peter Doherty Institute for Infection and Immunity (Doherty Institute) and Monash University have identified immune cells, called killer T cells that can fight all influenza viruses – A, B and C – creating the potential for the development of a world-first universal, one-shot flu vaccine, in the video “Universal flu shot breakthrough“, below:

Tired of seasonal flu shots that don’t always work? Researchers in Australia might have just discovered the flu shot to end all flu shots– and possibly, end influenza too, reports MedicalXpress.com. A universal flu vaccine– one which would be effective against all strains of the virus– is on the verge of discovery. It’s a finding that is being heralded as an “extraordinary breakthrough,” one that could make humanity’s greatest viral scourge a thing of the past. Influenza and pneumonia kills hundreds of thousands of people every year, and before the discovery of antibiotics, it was the leading cause of death in the United States, killing more people than heart disease or cancer, in the video “A Universal One-Shot Flu Vaccine Is Being Developed“, below:  Every year, the World Health Organization decides what strains to put in the next year’s flu vaccine. But they don’t always get it right, and sometimes the virus changes in the time between producing the vaccine and injecting it in your arm. One of the solutions researchers are working on is a universal vaccine. Dr. Matthew Miller from McMaster University explains how it would work, in the video “How universal flu vaccines work“, below: Fighting the flu usually consists of using predictive research to create a vaccine that fights the strains of the disease most likely to show up. But scientists around the world are closing in on a universal vaccine that takes the guesswork out of the fight. VOA’s Kevin Enochs reports, in the video “Scientists Closing in on Universal Flu Vaccine“, below:
Gathered, written, and posted by Windermere Sun-Susan Sun Nunamaker
More about the community at www.WindermereSun.com