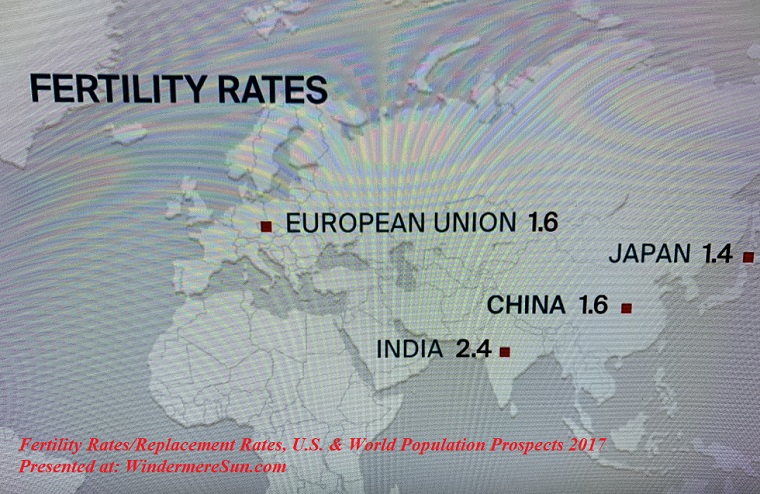 Even though dire predictions about an impending overpopulation crisis have loomed large in the human imagination for centuries, urbanization, opportunities for women, and decreased influence of religion are now the important contributing factors responsible for world’s shrinking population. Darrel Bricker and John Ibbitson co-authors of, “Empty Planet: The Shock of Global Population Decline,” say these predictions have been greatly exaggerated. In fact, the global population is on the decline. They join The Agenda to discuss a shrinking planet and the myriad challenges it poses, in the video “The World’s Shrinking Problem“, below:.

Immigration is the most immediate solution to such a declining population trend, but some cultures that are not accepting of the concept of immigrants would rather shrink and be united instead of expand and be divided. These cultures will potentially be dealing with many aging population issues. The book “Empty Planet: The Shock of Global Population Decline,” is taking a look at this trend and various potential issues that the shrinking earth population will be facing.

Being accepting of multi-culturalism, inclusiveness and bringing in policy favorable for immigration would help nations to resolve issues involving decreased population trend.