Impact of Climate Change on 2.5 Billion People of the Third Pole & The Planet Earth 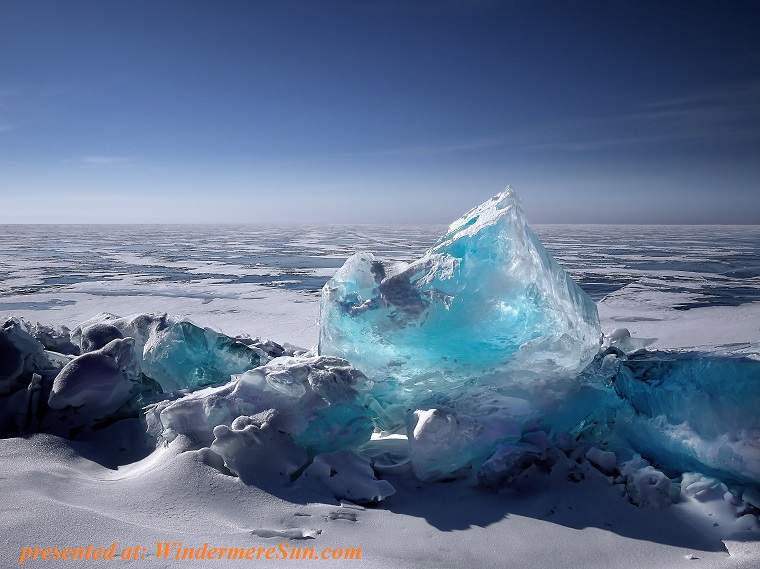 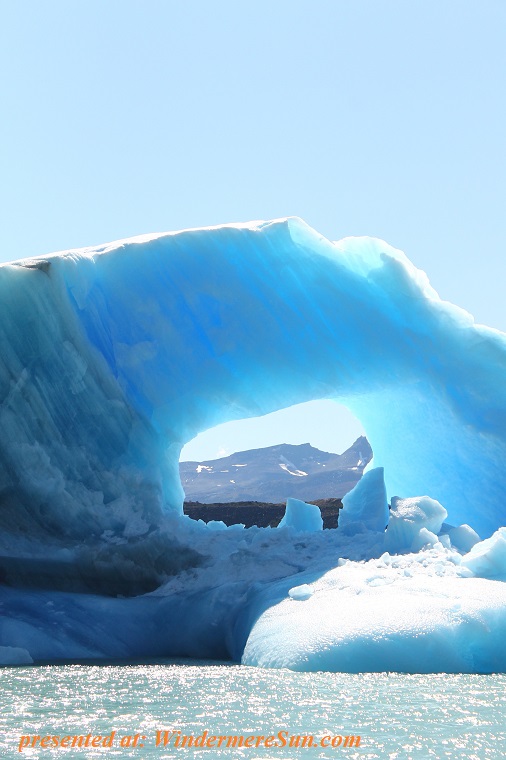 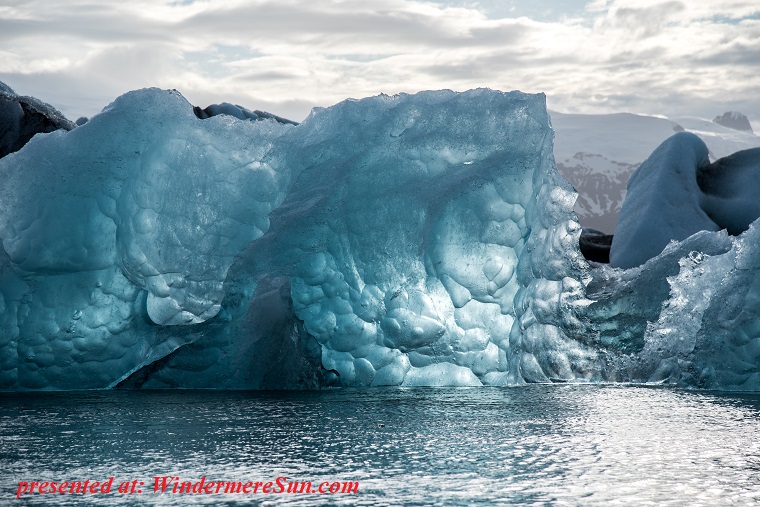 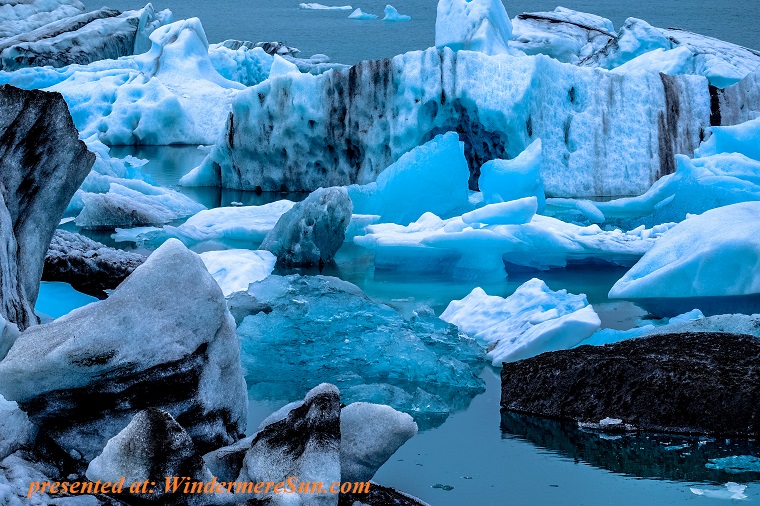 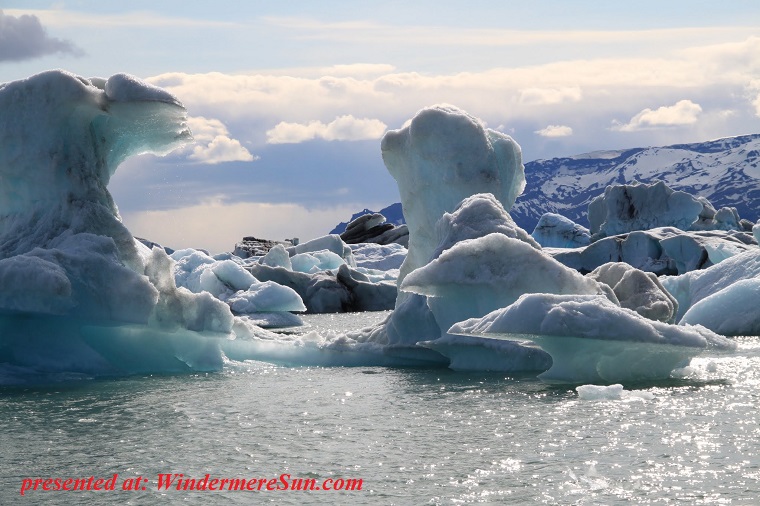 The Himalayan Mountains are also known as the world’s ‘Third Pole’. Glaciers in the Himalayas and the Hindukush mountains store the most ice in the world outside the Arctic and the Antarctic. Scientists say the Glaciers are melting and the effects could threaten the home and livelihood of over 2 Billion people. The affected could be at risk of flooding, electricity shortages and food insecurity. In some of these areas, these events could peak in the next 30 years. This dire warning is part of a new study released by the International Center for Integrated Mountain Development. It claims that one-third of these glaciers will melt by the end of the century even if current efforts to reduce climate change succeed. And if they fail, they will melt by two-thirds. In the video “Asias greatest threat?: Melting glaciers in the Himalaya mountains, DW News“, below:

The highest mountains in the world are the source of life for more than a billion people spread across Asia. The Himalaya and Hindu Kush peaks contain vast amounts of ice locked in glaciers. But scientists are warning that precious resource is disappearing at an alarming rate. The Hindu Kush Himalaya Assessment report says a third of all glaciers could melt by the end of the century – even if we meet most the ambitious climate change targets. That could threaten water supplies for 250 million people in eight countries. The glaciers feed ten major river systems. They may soon struggle to meet their fresh water, food and hydro-electric needs. Can this environmental disaster be prevented?  In the video “World’s highest glaciers are melting-billions at risk, Inside Story“, below:   At the Paris climate conference in December 2015, 195 countries adopted the first-ever universal, legally binding global climate deal. The agreement set out a global action plan to put the world on track to avoid dangerous climate change by limiting global warming to well below 2°C and pursuing efforts to limit it to 1.5°C. By the end of the century, the Hindu Kush Himalayas will warm by around 1.8 degrees Celsius. According to the Hindu Kush Himalaya Assessment report, even the most ambitious goal set by the Paris Agreement to limit global warming would lead to a 2.1 spike in temperature in the Hindu Kush Region, leading to melting of one-third of the region’s glaciers, potentially destabilizing Asia’s rivers. Today’s IN DEPTH analyses the changes affecting one of the greatest mountain systems in the world, how increasing temperatures are impacting our environment and the steps being undertaken at the global level to prevent further damage to our planet… , in the video “In Depth-Melting of Himalayan Glaciers“, below: To better understand Third Pole, please feel free to refer to excerpt from Wikipedia, in italics, below:
The Asian High Mountain region or the “Hindu Kush – Karakoram – Himalayan” (HKKH) region spans an area of more than 4.5 million square kilometers (1.7 million square miles) in ten countries, i.e. Afghanistan, Bangladesh, Bhutan, China, India, Myanmar, Nepal, Pakistan, Tajikistan and Uzbekistan. The region stores more snow and ice than anywhere else in the world outside the polar regions, giving its name: ’The Third Pole‘. The Third Pole contains the world’s highest mountains, including all 14 peaks above 8,000 meters (5 miles), is the source of 10 major rivers, and forms a formidable global ecological buffer.[1]

The Third Pole region has enormous socioeconomic and cultural diversity; it is home to many different ethnic communities speaking more than 600 languages and many more dialects. It is endowed with rich natural resources and contains all or part of four global biodiversity hot-spots. The mountain resources provide a wide range of ecosystem services and the basis for the livelihoods to the 220 million people living in the region, as well as indirectly to the 1.3 billion people—one fourth of the worlds’ population—living in the downstream river basins. More than 3 billion people benefit from the food and energy produced in these river basins that have their origin in the mountains.

The Third Pole and Climate Change

Climate change has become a major concern in the Third Pole. Mountain systems are particularly sensitive to climate change and the Third Pole region is home to some of the people most vulnerable to these changes in the world. Changes in the river systems and their basins have impacted directly on the well-being of millions of people. The rate of warming in the Third Pole region is significantly higher than the global average, and the rate is higher at higher altitude, suggesting a greater vulnerability of the cryosphere environment to climate change. This trend is expected to continue. Climate change projections suggest that all areas of South Asia are likely to warm by at least 1 °C by the end of the century, while in some areas the warming could be as high as 3.5 to 4 °C. The life and livelihoods of the people in the Third Pole region is challenged due to climate change, and the stability and prosperity of the region affected by the Third Pole is at risk, which will have implications for all of Asia and for the world. However, there is still little knowledge of this situation, and its potential implications, outside the immediate vicinity; a special effort is needed to raise awareness of the fragility of the mountain social-ecological system.

World Meteorological Organization (WMO) has planned to setup a Network of Regional Climate Centers in this region and named this as TP-RCC Network. A “Scoping Meeting on the Implementation of Third Pole Regional Climate Centres Network” has been held during 27th March to 28th March 2018 at WMO Headquarters Office in Geneva, Switzerland. [2] In this meeting it was decided that China, India and Pakistan will be the leading Nodes for this Network. While another meeting “Implementation Planning Meeting of the Third Pole Regional Climate Centre Network” was also conducted during 13th December to 14th December 2018 in Beijing, China. [3]

An international scientific programme called the Third Pole Environment or TPE has set up 11 ground stations and tethered balloons since 2014, working with the Institute of Tibetan Plateau Research, Chinese Academy of Sciences, in Beijing. This monitoring network is already larger than similar efforts in Antarctica and the Arctic, and almost doubles the number of such stations around the world. [4]

Another proposed Programme named “Enhancing Climate Resilience in the Third Pole” by the Green Climate Fund (GCF) seeks to strengthen the use of weather, water and climate services in the Third Pole region to adapt to climate variability and change and to apply well-informed risk management approaches and will be implemented under the umbrella of the Global Framework for Climate Services (GFCS). The proposed Programme reflects the recommendations stemming from the “Regional Consultation on Climate Services for the Third Pole and other High Mountain Regions”2 that was held on 9-11 March 2016 in Jaipur, India. The consultation brought together experts from the NMHSs and key decision-makers and practitioners from the five priority areas of the GFCS (agriculture and food security, energy, health, water and disaster risk reduction). The Programme’s objectives will be achieved by strengthening regional support networks and institutional capacities, developing tools and products that are needed for anticipating climate variability and change. The primary measurable benefits include approximately 260 million direct and 1.3 billion indirect beneficiaries from the region who will gain access to critical weather and climate information, which will result in reduced disaster risk, improved water resources management and improved agricultural productivity. The regional component is complemented by a continuum of synergistic national components in each of the countries within the Third Pole region. The activities that will be implemented at the national level will demonstrate the value of effective application/integration of the enhanced capacity at regional level that will result in improved agricultural production, reduced disaster risk and improved water management in least developed countries (LDCs) in the Third Pole (Afghanistan, Bangladesh, Bhutan, Nepal and Myanmar). The Programme is aligned with the Intended Nationally Determined Contributions (INDCs) of LDCs in the Third Pole (Afghanistan, Bangladesh, Bhutan, Nepal and Myanmar) which place agriculture followed by disaster risk reduction and water as top priority sectors for adaptation actions. [5] The Programme has three main objectives:

To better understand International Centre for Integrated Mountain Development, please refer to the excerpt from Wikipedia, in italics, below:

Founded in 1983, ICIMOD is based in Lalitpur, Nepal, and brings together a partnership of its regional member countries, partner institutions, and donors to secure a better future for the people and environment of the extended Himalayan region.

Men, women, and children of the Hindu Kush Himalayas enjoy improved well being in a healthy environment.

To enable sustainable and resilient mountain development for improved and equitable livelihoods through knowledge and regional cooperation.

The idea of creating an institution to promote the ecologically sound development of mountainous regions was first discussed at the International Workshop on the Development of Mountain Environment in December 1974 in Munich, Germany, but it was only five years later in 1979 during a United Nations Educational, Scientific and Cultural Organization (UNESCO) Regional Meeting in Kathmandu, under the framework of the Man and the Biosphere Programme, that concrete commitments were made to establish the Centre. The Government of Nepal offered to host the new institution, and the Governments of Switzerland and the Federal Republic of Germany and UNESCO agreed to act as the founding sponsors. His Majesty’s Government of Nepal and UNESCO signed the agreement that provided the legal basis for establishing the Centre in September 1981 in Paris. The Centre was finally established and inaugurated on 5 December 1983 with its headquarters in Lalitpur, Nepal, and legitimized through an Act of Parliament in Nepal in the same year.[3]

These are all important contributing factors for the need of reducing carbon emission, accelerating transition toward renewable energy such as solar and wind, increasing the use of electrical vehicles rather than ICE (internal combustion engine) vehicles, reducing intake of meat products, and more efficient use of all resources.