Howard Schultz, Seriously Considering To Run As A Centrist Independent in 2020 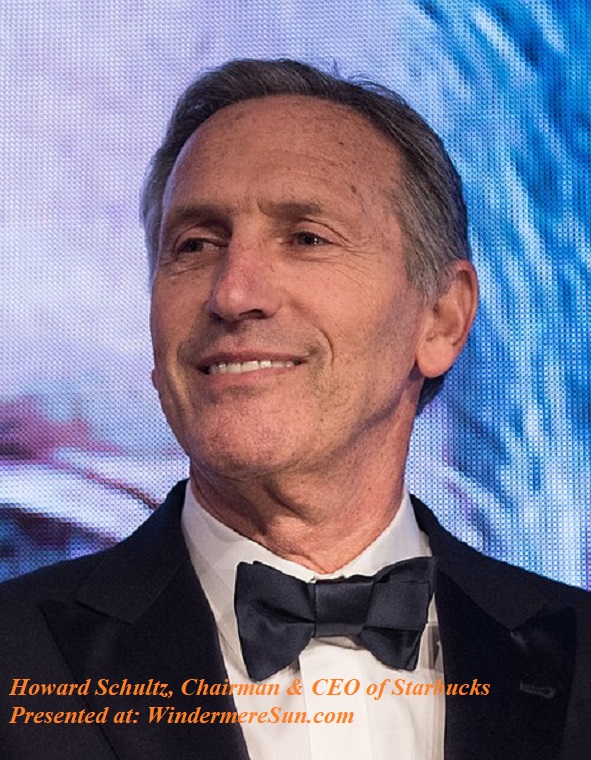 Howard Schultz, former CEO of Starbucks, says he is seriously considering an independent centrist bid for president in 2020. Democrats and other critics of President Trump are urging former Starbucks chairman and CEO Howard Schultz to reconsider his potential plans for 2020. Schultz announced Sunday on “60 Minutes” that he is “seriously” considering an independent run for president. Schultz, who’s out with a new book called “From the Ground Up,” joins “CBS This Morning” to discuss his possible bid for president, and why he says it would be “disingenuous” for him to try to run as a Democrat.

New member of Congress, Alexandria Ocasio-Cortez is having a huge impact on political discourse and the Democratic party, with several potential Presidential candidates reacting to her and criticizing her economic agenda, including Starbucks CEO Howard Schultz, who is considering running as an Independent candidate. Venture Capitalist and entrepreneur, Nick Hanauer, tells Ari Melber that Ocasio-Cortez is advocating “for economic policies that benefit the broad majority of citizens” which is in fact more “, in the video “Billionaire Activist: AOC Is The Centrist, Not Howard Schultz, The Beat With Ari Melber, MSNBC“, below: