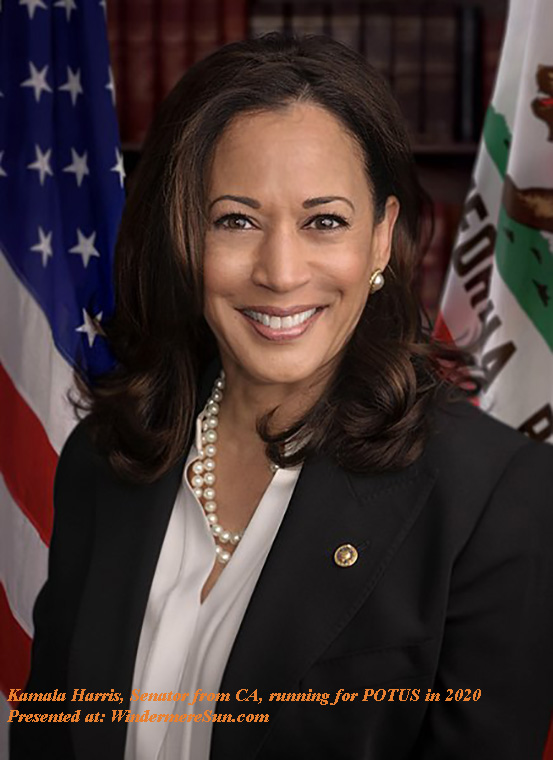 On Martin Luther King Jr. Day, January 21, 2019, the Democratic Senator from California, Kamala Harris, officially announced her campaign for President of the United States in the 2020 United States presidential election on ABC’s “Good Morning America“. Kamala Harris, a first-term senator and former California attorney general known for her rigorous questioning of President Donald Trump’s nominees, entered the Democratic presidential race on Monday. Her campaign will be based in Baltimore, with a second office in Oakland.


Senator Kamala Harris—a likely 2020 presidential contender—recently announced that she’d no longer be accepting corporate PAC money. This announcement comes just weeks after she drew criticism from progressives for refusing to reject corporate PAC money, in the video “Kamala Harris Now Rejecting Corporate PAC Money After Receiving Criticism“, below: Senator Kamala Harris is running for President in 2020. Ana Kasparian and Brett Erlich break it down on The Damage Report, in the video “Kamala Harris Announces 2020 Run“, below:
Gathered, written, and posted by Windermere Sun-Susan Sun Nunamaker
More about the community at www.WindermereSun.com