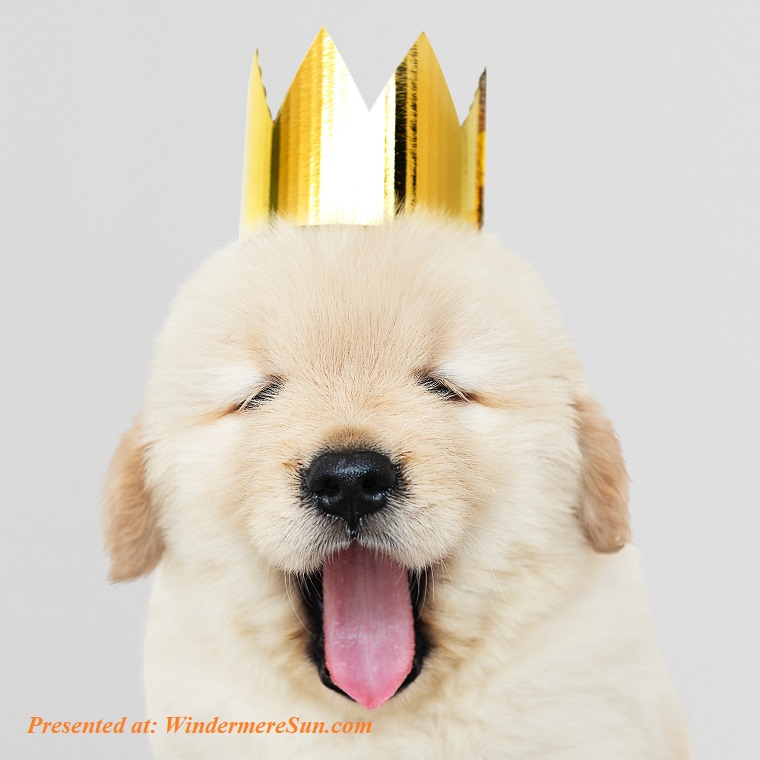 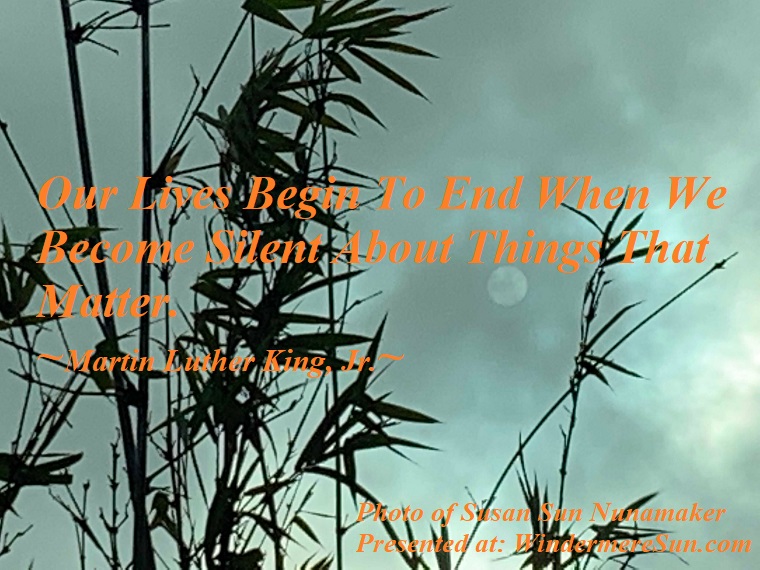 Quote of 1/19/2019, “Our lives begin to end when we become silent about things that matter.” (Quote of Martin Luther King, Jr., Photo of Susan Sun Nunamaker, Presented at: WindermereSun.com)

Treat your dog(s) like royalty today or any other day.

Quote of 1/19/2019, “Our lives begin to end when we become silent about things that matter.” (Quote of Martin Luther King, Jr., Photo of Susan Sun Nunamaker, Presented at: WindermereSun.com)

Martin Luther King, Jr. once said, “Our lives begin to end when we become silent about things that matter.”

Martin Luther King Jr. (January 15, 1929 – April 4, 1968) was an American Baptist minister and activist who became the most visible spokesperson and leader in the civil rights movement from 1954 until his death in 1968. Born in Atlanta, King is best known for advancing  civil rights through nonviolence and civil disobedience, tactics his Christian beliefs and the nonviolent activism of Mahatma Gandhi helped inspire.civil ri