Reform of the U.S. Criminal Justice System Has Begun 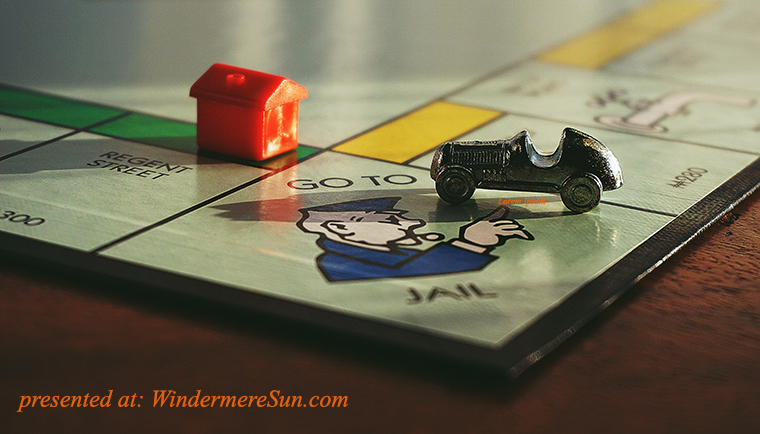 
Did you know that United States had world’s highest incarceration rate, 655 (or 716 according to wikipedia for 2013 data) per 100,000 people, according to the World’s Prison database.

Late on Tuesday, December 18, 2018, the Senate voted 87 to 12, to approve the bipartisan “First Step Act” pushed by Senators Chuck Grassley (R-IA), Dick Durbin (D-IL), Mike Lee (R-UT), and Cory Booker (D-NJ). The bill will now go to the House for a vote. It aimed at reducing the number of incarceration and would give judges more discretion in sentencing offenders for nonviolent crimes, such as drug offenses, and bolster rehabilitation programs for former prisoners.

In the midst of divisiveness and chaos in Washington, something is actually getting done on Capitol Hill after one of the biggest reforms in decades passed in the Senate. Stephanie Ruhle and Ali Velshi are joined by the Reverend Al Sharpton and the Executive Vice President of the Leadership Conference on Civil and Human Rights, Ashley Allison, to discuss the First Step Act and how it affects criminal justice reform, in the video “What Is The First Step Act? Velshi & Ruhle” below:

The Formerly Incarcerated Reenter Society Transformed Safely Transitioning Every Person Act or FIRST STEP Act is legislation to reform the federal prison system. After an initial version passed the House of Representatives (on a bipartisan 360-59 vote) on May 22, 2018,[1] a new version was passed by the U.S. Senate (on a bipartisan 87-12 vote) on December 18, 2018[2]. The House is scheduled to have a conciliatory vote on the Senate bill before the end of the year. Among other provisions, it would allow for employees to store their firearms securely at federal prisons, restrict the use of restraints on pregnant women, expand compassionate release for terminally ill patients, place prisoners closer to family in some cases, authorize new markets for Federal Prison Industries, mandate de-escalation training for correctional officers and employees, and make improvements to feminine hygiene in prison.

Supporters of the legislation include President Donald Trump, Vice President Mike Pence, Trump’s son-in-law Jared Kushner, and Senator Mike Lee (R-Utah). Senators Cory Booker (D-N.J.) and Dick Durbin (D-Il.), and Rep. John Lewis (D-Ga.), supported the Senate legislation after sentencing reform provisions were added.[3] Senator Chuck Grassley (R-Iowa) urged fellow Republicans to pass legislation during the lame duck session of the 115th United States Congress, arguing in a tweet, “GOP colleagues: NOW is time to pass crim justice reform unless your argument is that you prefer to work w Speaker Nancy Pelosi to pass a bill?”[4] Once Democrats take control of the U.S. House, it would be necessary to start over and try to come up with a new bipartisan agreement.

Opponents of the bill include Senators Tom Cotton (R-Ark.), John Kennedy (R-La.), Ben Sasse (R-Neb.), Jim Risch (R-Idaho), and Deb Fischer (R-Neb.), among others. Senator Marco Rubio (R-Fl.) opposes the sentencing reform part of the Senate bill,[5] has raised concerns about how the bill classifies offenders, and said he is “not sure there is anything” that could win him over.[6]. Majority leader Mitch McConnell (R-Ky.), opposed bringing the legislation to a floor vote, citing the short calendar for the lame duck session, during which the Senate also needs to pass a spending bill to avoid a government shutdown, among other legislation. He eventually reversed his stance and said that the Act would be brought to a vote.[7]

The legislation increases the number of good conduct time credits prisoners receive from 47 per year to 54. It also provides for earned title credits:

A prisoner, except for an ineligible prisoner under subparagraph (D), who successfully completes evidence-based recidivism reduction      programming or productive activities, shall earn time credits as follows:

“(i) A prisoner shall earn 10 days of time credits for every 30 days of successful participation in evidence-based recidivism reduction programming or productive activities.

“(ii) A prisoner determined by the Bureau of Prisons to be at a minimum or low risk for recidivating, who, over two consecutive assessments, has not increased their risk of recidivism, shall earn an additional 5 days of time credits for every 30 days of successful participation in evidence-based recidivism reduction programming or productive activities.

One criticism of the FIRST STEP Act, as passed by the U.S. House, is that it addresses only prison reform and not sentencing reform.[8] Legislation has been introduced in the U.S. Senate that implements sentencing reform, including changes to mandatory minimum sentences.[9]

Criticisms of the Senate legislation include that it lowers drug offenders’ sentences during a drug epidemic, and that it is based on a false premise that the justice system and the sentences being meted out are unfair.[5]

Senator Cotton has raised a concern that prisoners convicted of failure to register as a sex offender, importing aliens for prostitution, female genital mutilation and first-time assault with intent to commit rape or sexual abuse could be eligible for earned time credits under the legislation.[10] He also has objected to the provisions that would allow some drug traffickers to spend portions of their sentences on home detention, arguing that they would return to dealing drugs.[4]

A criticism raised by Senator Kennedy is that the bill “takes all our authority and gives it to a bunch of bureaucrats”.[6] A criticism raised by Eric Young, president of the American Federation of Government Employees council that represents the Bureau of Prisons’ more than 30,000 correctional officers, is that without more bureau funding and higher staffing levels, the bureau would be set up for failure to accomplish the goals of the Act.[11]

Another criticized aspect of the legislation is its reliance on rehabilitation, which mainstream penologists regard as a less effective crime control measure than incapacitation.[12] Another purported limitation of the legislation is because of the overlap between drug dealers and violent offenders, letting out only nonviolent drug offenders may not reduce the prison population much.[13]