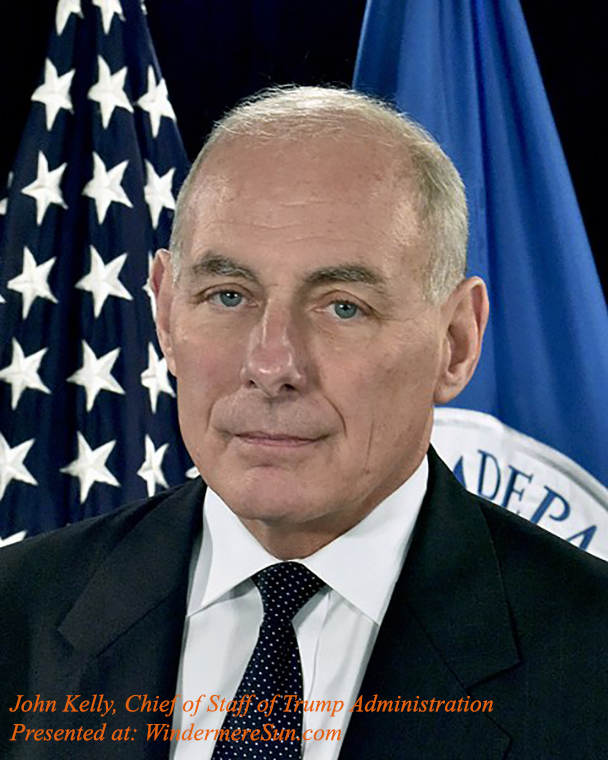 President Donald Trump told reporters that his chief of staff John Kelly will be leaving his post by the end of this year. A replacement will be announced over the next few days. The video “Trump: White House Chief of Staff John Kelly leaving at the end of the year” below:

White House Chief of Staff John Kelly is set to leave the White House by the end of the year. Former Georgia state Rep. LaDawn Jones and Ned Ryan, CEO of American Majority join Scottie Nell Hughes to discuss President Trump’s short list of likely candidates to replace Kelly and partisan disagreements over what to make of Gen. Kelly’s departure, in the video “John Kelly exits Trump admin: Is it a big deal?” below: Nick Ayers, Vice President Mike Pence‘s current chief of staff, will not be President Donald Trump’s new chief of staff in the wake of John Kelly’s departure, it was revealed on Sunday. Ayers, who was a top contender for the gig, and the president were unable to agree on a time frame for the position. The four candidates said to be in line for the position are (clockwise from top left) Mark Meadows, Steve Mnuchin, Mick Mulvaney and Robert Lighthizer, in the video “Nick Ayers turns down Chief of Staff role in Trump Administration” below:
Gathered, written, and posted by Windermere Sun-Susan Sun Nunamaker
More about the community at www.WindermereSun.com