A Day of Remembrance of George H.W. Bush 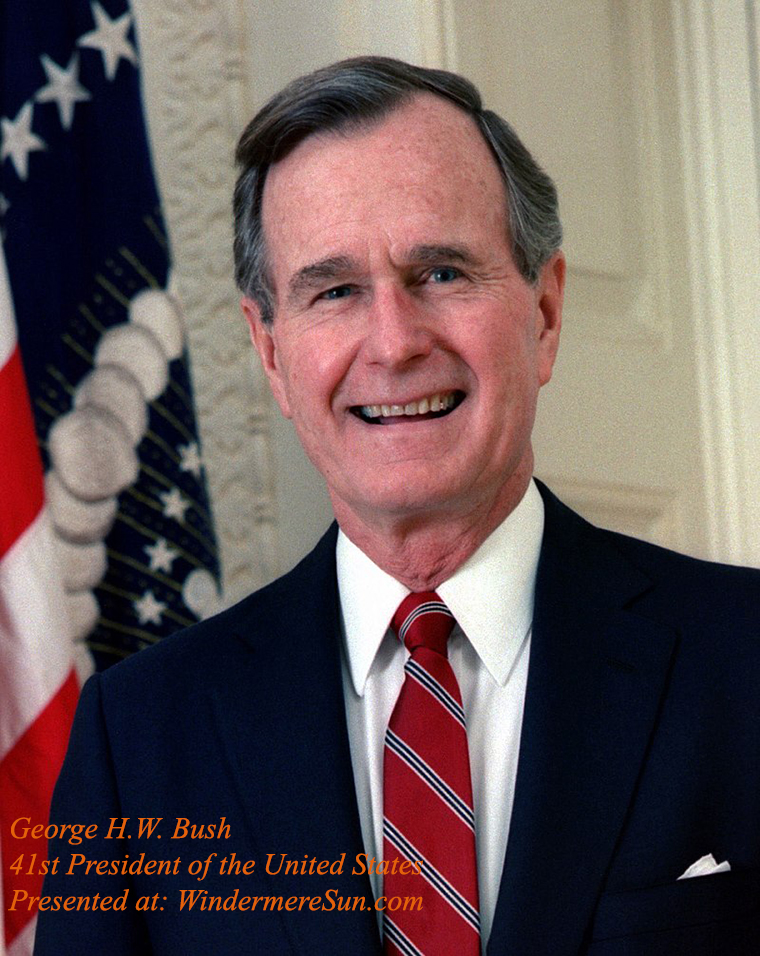 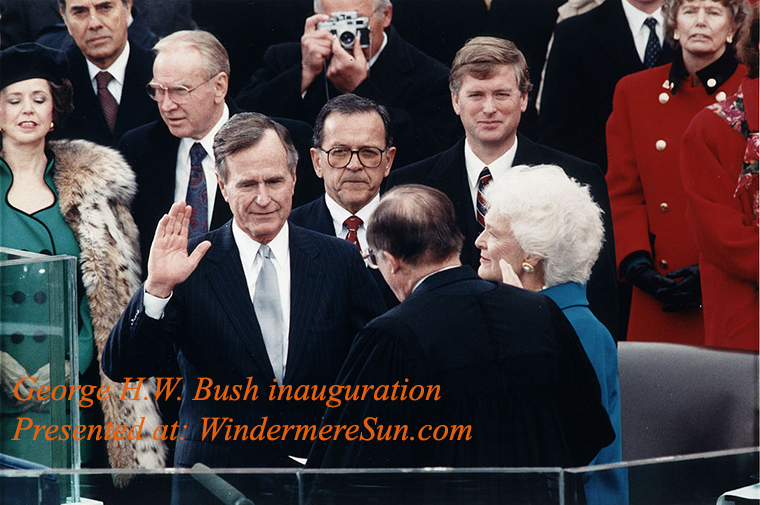 A scion of the Bush family, he was born in Milton, Massachusetts to Prescott Bush and Dorothy Walker Bush. Following the attack on Pearl Harbor on December 7, 1941, Bush postponed his university studies, enlisted in the United States Navy on his 18th birthday, and became one of the youngest aviators in the U.S. Navy.[nb 1] He served until September 1945, and then attended Yale University. Graduating in 1948, he moved his family to West Texas, where he entered the oil business and became a millionaire by the age of 40 in 1964.

Soon after founding his own oil company, Bush became involved in politics. He was defeated in his first election, for the U.S. Senate in 1964, but won election to the House of Representatives from the 7th congressional district of Texas in 1966. He was re-elected in 1968 but was defeated for election to the Senate again in 1970. In 1971, President Richard Nixon appointed Bush as Ambassador to the United Nations, and in 1973, Bush became the Chairman of the Republican National Committee. The following year, President Gerald Ford appointed Bush as Chief of the Liaison Office in China and later made Bush the Director of Central Intelligence. Bush ran for president in 1980 and was defeated in the Republican primaryby Ronald Reagan, who chose him as his running mate in his successful bid for presidency. During his eight-year tenure as Vice President, Bush headed task forces on deregulation and the war on drugs.

Bush ran a successful campaign in 1988, defeating Democratic opponent Michael Dukakis, becoming the first incumbent vice president in 152 years to be elected president. Foreign policy drove the Bush presidency: military operations were conducted in Panama and the Persian Gulf; the Berlin Wall fell in 1989, and the Soviet Union dissolved two years later. Bush also signed the North American Free Trade Agreement (NAFTA), which created a trade bloc consisting of the United States, Canada, and Mexico. Domestically, Bush reneged on a 1988 campaign promise and signed a bill to increase taxes. In the wake of a weak recovery from an economic recession and the diminution of foreign policy as a major issue in a post-Cold War political climate, he lost the 1992 presidential election to Democrat Bill Clinton.

After leaving office in 1993, Bush was active—often alongside his former opponent Bill Clinton—in humanitarian activities. With George W. Bush’s victory in the 2000 presidential election, Bush and his son became the second father–son pair to serve as president, following John Adams and John Quincy Adams. Bush’s second son, Jeb Bush, served as the 43rd Governor of Florida and sought the Republican presidential nomination in 2016. Bush died on November 30, 2018, at the age of 94 years, 171 days. He was the third-longest-lived vice president at the time of his death, and has the current distinction of being the longest-lived president in U.S. history.