Lovely Way to Greet/Act As If What You Do Makes A Difference. It Does 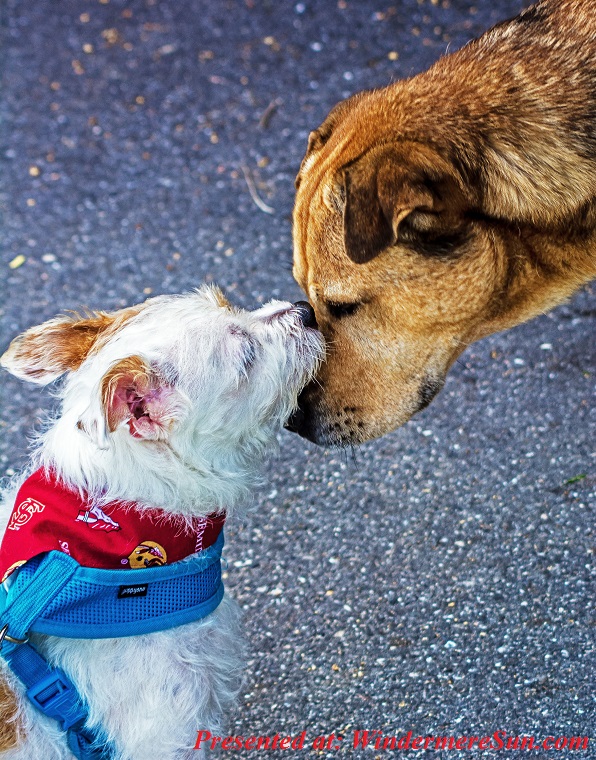 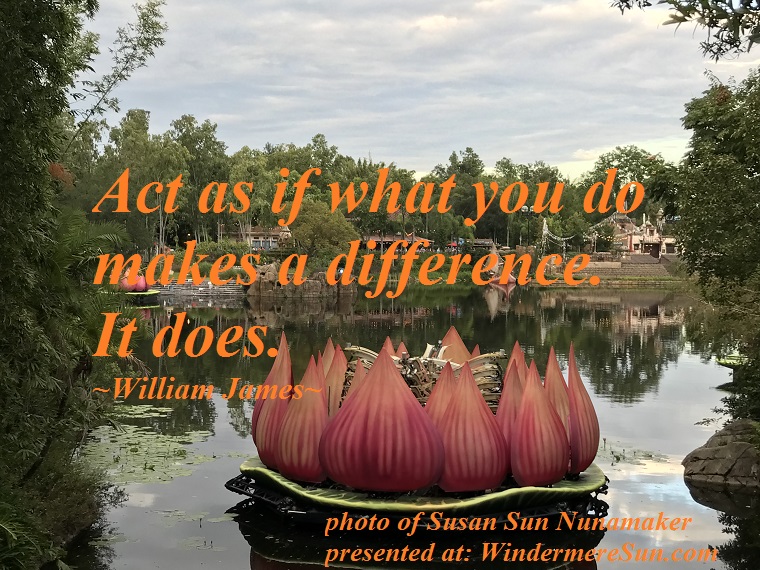 Quote of 11/17/2018, “Act as if what you do makes a difference. It does” (Quote of William James, Photo of Susan Sun Nunamaker, Presented at: WindermereSun.com)

What a lovely way to greet, don’t you agree?!

Quote of 11/17/2018, “Act as if what you do makes a difference. It does” (Quote of William James, Photo of Susan Sun Nunamaker, Presented at: WindermereSun.com)

William James once said, “Act as if what you do makes a difference. It does.”

Want to know who William James is? Then please feel free to refer to the excerpt from wikipedia, in italics, below:

William James (January 11, 1842 – August 26, 1910) was an American philosopher and psychologist, and the first educator to offer a psychology course in the United States.[3] James was a leading thinker of the late nineteenth century, one of the most influential U.S. philosophers, and has been labelled the “Father of American psychology”.[4][5][6]

Along with Charles Sanders Peirce, James established the philosophical school known as pragmatism, and is also cited as one of the founders of functional psychology. A Review of General Psychology analysis, published in 2002, ranked James as the 14th most eminent psychologist of the 20th century.[7] A survey published in American Psychologist in 1991 ranked James’s reputation in second place,[8] after Wilhelm Wundt, who is widely regarded as the founder of experimental psychology.[9][10] James also developed the philosophical perspective known as radical empiricism. James’ work has influenced intellectuals such as Émile Durkheim, W. E. B. Du Bois, Edmund Husserl, Bertrand Russell, Ludwig Wittgenstein, Hilary Putnam, and Richard Rorty,[11] and has even influenced Presidents, such as Jimmy Carter.

Born into a wealthy family, James was the son of the Swedenborgian theologian Henry James Sr. and the brother of both the prominent novelist Henry James and the diarist Alice James. James trained as a physician and taught anatomy at Harvard, but never practiced medicine. Instead he pursued his interests in psychology and then philosophy. James wrote widely on many topics, including epistemology, education, metaphysics, psychology, religion, and mysticism. Among his most influential books are The Principles of Psychology, which was a groundbreaking text in the field of psychology; Essays in Radical Empiricism, an important text in philosophy; and The Varieties of Religious Experience, which investigated different forms of religious experience, including theories on mind-cure.[12]