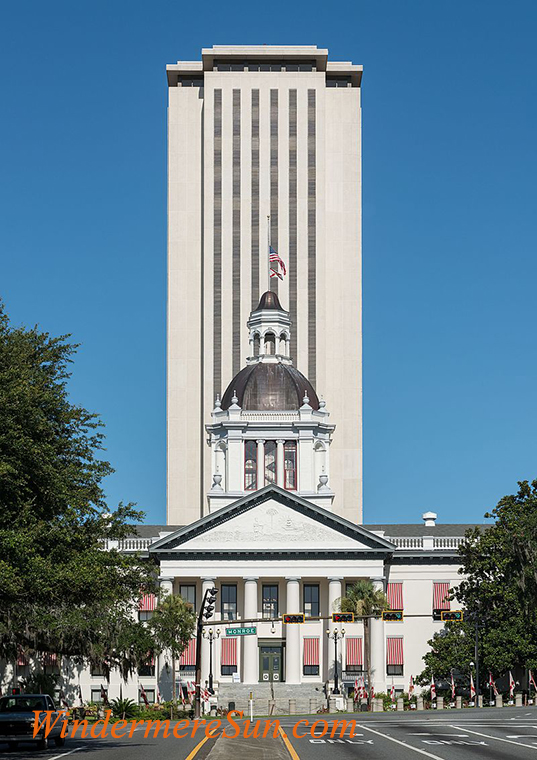 Florida voters who will be voting on next Tuesday, Nov. 6, 2018, would be facing 12 constitutional amendment proposals on the ballot (Amendment 8 related to charter schools and term limits for school board members will not appear on the ballot because it was stricken by the Florida Supreme Court). Each amendment needs at least 60% of yes votes in order to become enshrined in the Florida Constitution.

Keep in mind: if any of the amendment proposals seem unclear, contradictory, or have different components that seem unrelated or contains any component that you disagree with, then vote NO. Keep in mind that if a proposal can be made into a law, then it is best to avoid it becoming a constitutional amendment. Only measures that are clear, concise, and  “timeless” should be considered to become constitutional amendment.

To read these amendment proposals on the ballot, please click HERE.

Below is a summary of what these proposals are aiming to accomplish:

In essence, Amendment 1 is a relief for the lower income families.

The concern I have regarding Amendment 2:  if and when future inflation rate will be high, then local government revenue will be handicapped by this restriction.

This amendment was placed on the ballot after the anti-gambling expansion group, Voters in Charge, collected more than 766,000 validated voters’ signatures. It would categorize card games, casino games, and slot machines as casino gambling, and would require any one who wants to build a casino to get hundreds of thousands of signatures to get a on the ballot and then hope for voter approval. This would make it more difficult for any dog track or horse track to expand its gaming.


This amendment restores voting rights to former felons (excluding those who were convicted of homicide and sexual felonies) who had completed serving their sentences, probations, and made all restitutions.

Currently, a person in Florida who finishes his or her sentence and probation and makes restitution must wait 5 to 7 years before they can apply to have their eligibility to vote restored. The waiting list to have a case heard by the governor and members of his cabinet, who form the Clemency Board, is about 10 years long.


This amendment would require a two-thirds vote in the Florida House and Senate, instead of a simple majority, to raise taxes. It is placed on the ballot by legislature to make it more difficult for lawmakers to raise taxes. It helps to stop the legislative technique of adding tax and fee increases onto other legislative bills. It would also ensure bipartisan support for tax increase.

It does not apply to local taxes that might be raised in specific counties, cities, or other taxing districts such as school or fire districts.

This is a Constitution Revision Commission proposal that includes four separate government regulatory proposals rolled into one:

This amendment was legally challenged, but the Florida Supreme Court left it on the ballot in an early September ruling.

This amendment has three components:

Amendment 12: Lobbying and Abuse of Office by Public Officers—>Passed


This amendment expands ethics rules for public officials, both elected officials and government employees, including judges. The new rules are complex, essentially banning officials/employees from lobbying the state and federal government during their terms of office/employment and for 6 years afterward (currently the rule is 2 years). Amendment 12 also prohibits these officials from using their position for private gain.

These issues (Amendment 12) should be addressed through the legislative process rather than through constitution amendment.

This amendment prohibits racing and wagering on greyhounds or other dogs (or any member of the Canis Familiaris subspecies).

Overall Summary of these 12 Amendment Proposals, in the video below: