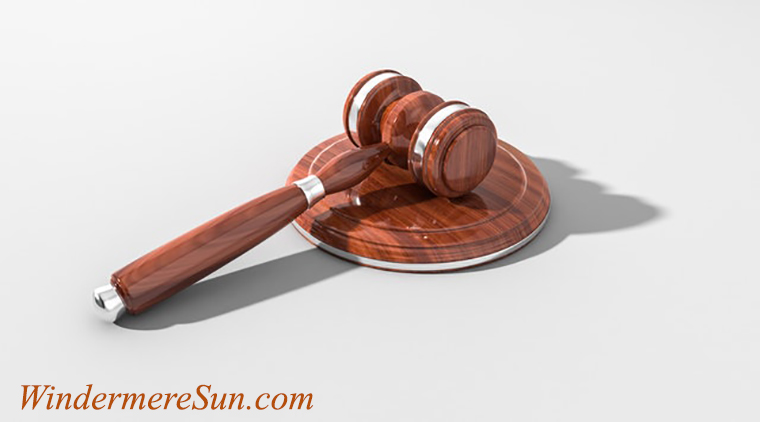 With 50 YEA’s and 48 NAY’s, the Senate has voted to confirm President Trump’s nomination, Judge Brett Kavanaugh, to be Associate Justice of the Supreme Court on Saturday, October 6, 2018, shortly before 4:00 pm. The confirmation process has been bitterly partisan, with allegations of sexual misconduct against Kavanaugh surfacing in September. The Senate Judiciary Committee heard testimony from both Brett Kavanaugh and Christine Blasey Ford who alleges that Kavanaugh sexually assaulted her back in high school year. Ford’s testimony is convincing while Kavanaugh denies the allegation. The Senate Judiciary Committee paused the nomination process for a week to enable FBI to investigate this allegation. Afterwards, Republicans declared that the FBI did not find any corroborating witnesses, while Democrats indicated that the FBI did not look hard or long enough.

Republican Senator Steve Daines of Montana was attending his daughter’s wedding, therefore was not present at the vote. Republican Senator Lisa Murkowski of Alaska broke with her party and voted against advancing Kavanaugh’s nomination, voted “present”. In the video “BREAKING: Senate Votes YES to Confirm Judge Brett Kavanaugh…” below:

Sen. Susan Collins of Maine announced she will vote to confirm Brett Kavanaugh to the Supreme Court, giving him the support needed to win the lifetime appointment. In her speech to the Senate, she defended Judge Kavanaugh while acknowledging Christine Blasey Ford’s “sincere, painful and compelling” testimony and the legitimacy of the “#metoo” movement, in the video “Senator Susan Collins Will Vote to Confirm Judge Kavanaugh” below:

Rachel Maddow looks back at the political fallout from the treatment of Anita Hill in the Clarence Thomas confirmation process when a wave of women candidates were inspired to improve their representation in the Senate, in the video “Brett Kavanaugh Vote Will Drive Political Backlash If History Is Guide” below: Syndicated columnist Mark Shields and New York Times columnist David Brooks join Judy Woodruff to discuss the week’s news, including the dramatic decisions made by senators on whether or not to confirm Brett Kavanaugh, as well as the deeper national impact of the contentious process, in the video ” Shields and Brooks on Kavanaugh confirmation showdown” below: The Senate’s vote to confirm Brett Kavanaugh to the Supreme Court came after weeks of furious debate over allegations that he committed sexual assault and questions of whether his temperament was fit for the nation’s highest court. Jami Floyd, a legal analyst for WNYC, and Emily Bazelon, a staff writer for The New York Times Magazine, join Hari Sreenivasan to discuss how the confirmation will affect the country for decades to come, in the video “What Kavanaugh’s confirmation means for the future of the Supreme Court” below: Former Secretary of State John Kerry tells CNN’s Michael Smerconish the Brett Kavanaugh fight will cost the Senate and country. Kerry also responds to Mike Pompeo‘s charge that he shouldn’t have spoken to Iran, in the video “John Kerry: Supreme Court fight will cost the country” below: A majority of Americans do not want Brett Kavanaugh to be confirmed (please refer to: https://www.huffingtonpost.com/entry/brett-kavanaugh-unpopular-supreme-court-justice_us_5bb7c331e4b028e1fe3d9646), yet the senators who support his confirmation do not represent most Americans. Lawrence O’Donnell tells us the Founding Fathers never designed the Senate to be a truly democratic institution, so Americans must “work harder” to make democracy work, in the video “Lawrence: ‘The Senate Is An Unfixable Crime Against Democracy‘ below: Democratic strategist James Carville sits down with CNN’s Michael Smerconish to discuss Brett Kavanaugh, the upcoming midterms, and Russian meddling in the 2016 US presidential election, in the video “James Carville: For Dems, Kavanaugh is worth a lot more alive than dead” below:
Gathered, written, and posted by Windermere Sun-Susan Sun Nunamaker
More about the community at www.WindermereSun.com