The Future In Autonomous Hydroponic Farming 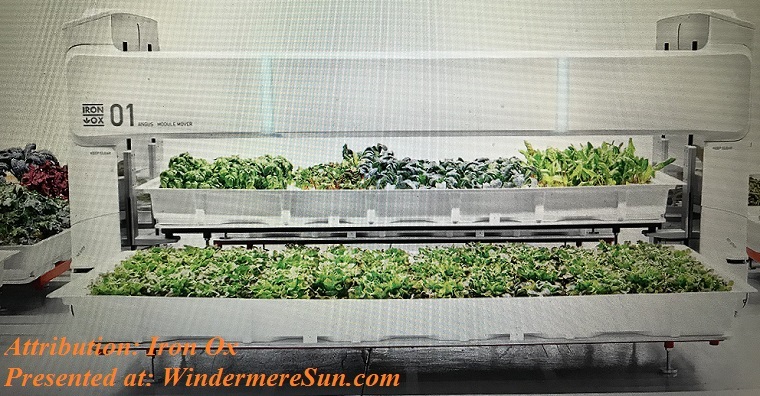 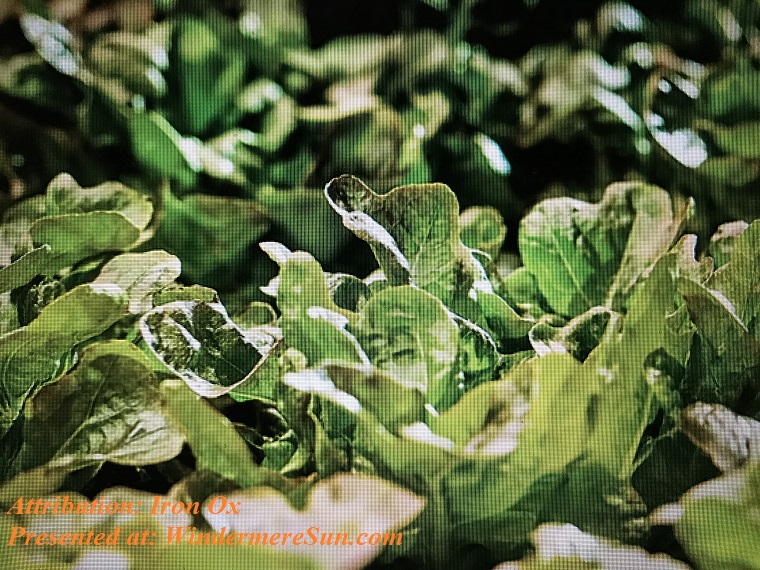 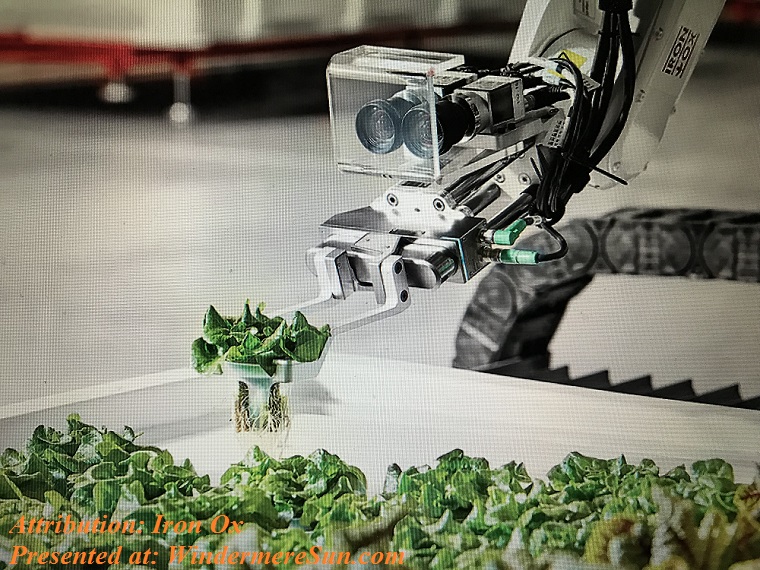 Robot arm uses stereo camera to identify the plants and move them carefully from vat to vat (Attribution: Iron Ox, Presented at: WindermereSun.com)

Ever since I wrote the post on Hydroponic Farming of Bekemeyer Family Farm in Winter Garden, Florida, I’ve been intrigued by and followed the progress of this development in farming or food production. There are many advantages to producing food by hydroponics rather than the traditional farming method: Hydroponics uses less water and is completely sterile, in addition to space efficiency. But at the moment, it also requires more labor.

Iron Ox, an agritech startup, launched in 2015 with the aim of automating the hard work of growing produce. Early in October of 2018, the company unveiled its first autonomous production farm. In an indoor space of 8,000 square feet (or 0.2 acres), its engineers used proprietary robotic systems to grow roughly 26,000 heads of lettuce, leafy greens, and herbs each year in hydroponic vats. Iron Ox would start selling its crop in the next couple of months, with its initial targets as restaurants. Co-founder and CEO Brandon Alexander commented that humans will still play crucial roles in this farm, planting each seedling and packaging the finished products. In the hydroponics system that Iron Ox used, each plant had to be transferred one by one through a series of different growing vats based on its rate of growth. The task of moving plants had been the focus of Iron Ox’s automation efforts. Alexander said, “The bulk of the cost in hydroponic farming’s all those touch points. Labor is over 50 percent of the cost to grow right now. If you’re indoors, there are no tractors, no nothing, so it’s a very manual product.”

Start-up Iron Ox created a fully autonomous farm in San Carlos, California. The hydroponic, indoor farm relies on two robots to plant, care for and harvest all its produce. One of the robots is 1,000 pounds and about the size of a car. It picks up the trays of plants and transports them around the greenhouse. A second machine, a robotic arm, is responsible for all the fine manipulation tasks, like seeding and transplanting. As a tray of plants matures, the mobile robot carries it to the processing area. Here, the robotic arm moves baby plants in densely packed trays to containers with more space. This optimizes space efficiency, because throughout their life cycle, plants are only given the room they need. Co-founder and CEO Brandon Alexander claimed that Iron Ox is able to do the equivalent of 30 acres of outdoor farming in just a single acre on its robotic farm. The company wants to build more small farms near urban centers so produce is fresher upon arrival, in the video “Watch Robots Grow Food Without Farmers” below:


Iron Ox has just opened its first fully automated farm in San Carlos, California. The company claims that their hydroponic system can produce 30 times the yield per acre of land comparing to traditional farms, while using 90% less water. Iron Ox  produce locally grown food from robotic greenhouses that are good for people and for the planet, and affordable for everyone, in the video “Iron Ox” below: In a warehouse in San Carlos, California, robots at the Iron Ox farm are growing and harvesting food. CBS San Francisco’s Len Ramirez reports, in the video “Farm run entirely by robots” below:
The video “This Hydroponic Farm Is Run Entirely By Robot” below:

In the kale-filled facility at vertical farm startup Bowery Farming, it’s a piece of proprietary software that makes most of the critical decisions — like when to harvest and how much to water each plant. But it still takes humans to carry out many tasks around the farm. Katie Morich, 25, loves the work, in the video “This High-Tech Farmer Grows Kale in a Factory” below: