The Flood Gate Is Opened For Kavanaugh: 5 Accusers So Far 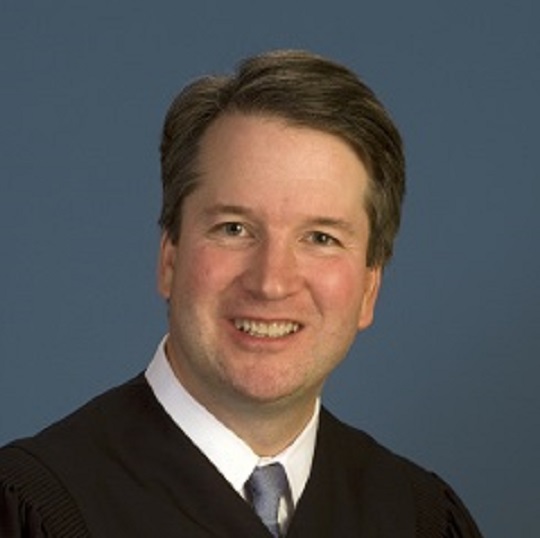 American women are fuming, with good reason! For Trump administration and the Republican Party are attempting to place an alleged serial sexual predator into the Supreme Court. If they succeed, then instead of having made America great again, they would have sealed the fate of America as a rape culture, truly a step backward for the civilized society! It does appear that FBI investigation is necessary before the senate should be voting on the nomination of Brett Kavanaugh as a Supreme Court Justice. Any rushing to vote without thorough FBI investigation would compromise the integrity of our Supreme Court and our country. If Brett Kavanaugh were innocent, one would imagine that he would want to invite a thorough investigation to help to clear his name before he takes his seat on the Supreme Court.

“Brett groped me and tried to take off my clothes. He had a hard time because he was so drunk, and because I was wearing a one-piece bathing suit under my clothes,” Ford is expected to say, after describing how she was pushed into a bedroom on the second floor of the home. “I believed he was going to rape me.”

She will add how she tried to yell for help.

“When I did, Brett put his hand over my mouth to stop me from screaming. This was what terrified me the most, and has had the most lasting impact on my life,” she will say. “It was hard for me to breathe, and I thought that Brett was accidentally going to kill me. Both Brett and Mark were drunkenly laughing during the attack. “

So far Kavanaugh had denied all of these five allegations.


Ford, Ramirez, and Swetnick accused Kavanaugh of sexual misconduct when he was in high school and college, but the allegation of the incident in 1998 occurred when Kavanaugh was an adult. There appeared to had been a pattern of serial sexual predatory behavior unbecoming of a life term Supreme Court Justice. This had been an unprecedented nomination and if such allegations were true, then a nominee unworthy of our Supreme Court. Furthermore, some one who was willing to break the law to drink illegally during high school and whose college ambition  was “100 kegs or bust” (in his yearbook, Kavanaugh described himself as the treasurer of the “Keg City Club” to be able to drink 100 kegs of beer before graduation) would not have made a model citizen.

In all of these cases of allegations, alcohol was involved. I believe Americans would prefer and benefit from a Supreme Court Justice who would have better control over his/her amygdala. Keep in mind that our Supreme Court Justice should be selected from model citizens, able to set example for the rest of Americans, rather than  from the dregs of the society. Again, I would like to reiterate: there are many well qualified justices in the United States who had not yet lied under oath nor sexually harassed any female colleagues in the past. I was under the impression that we should be picking from the top of the barrel rather than from the bottom, in selecting for life term Supreme Court Justices. Or did I miss the memo ?!

On Wednesday, September 26, 2018, President Trump said that he would be willing to withdraw Brett Kavanaugh’s nomination if he believed these allegations were true, but then also called them “false” before he had a chance to hear any of their testimonies.

We shall see. Much remains to be discovered and revealed on Thursday, September 27, 2018.