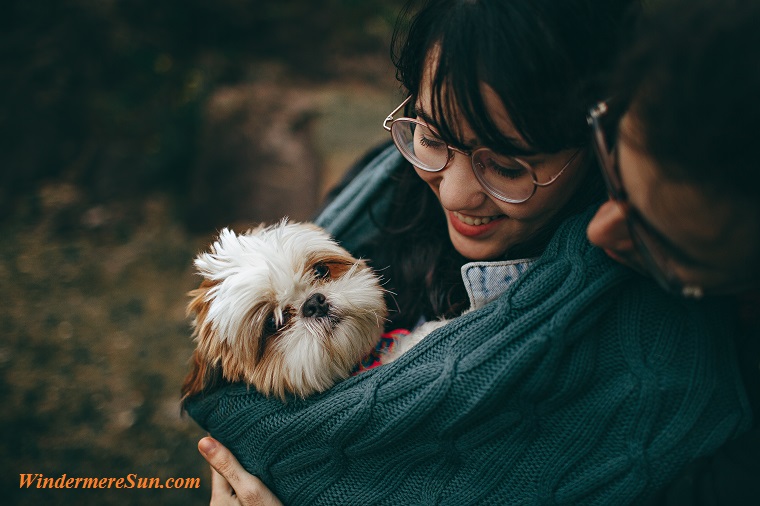 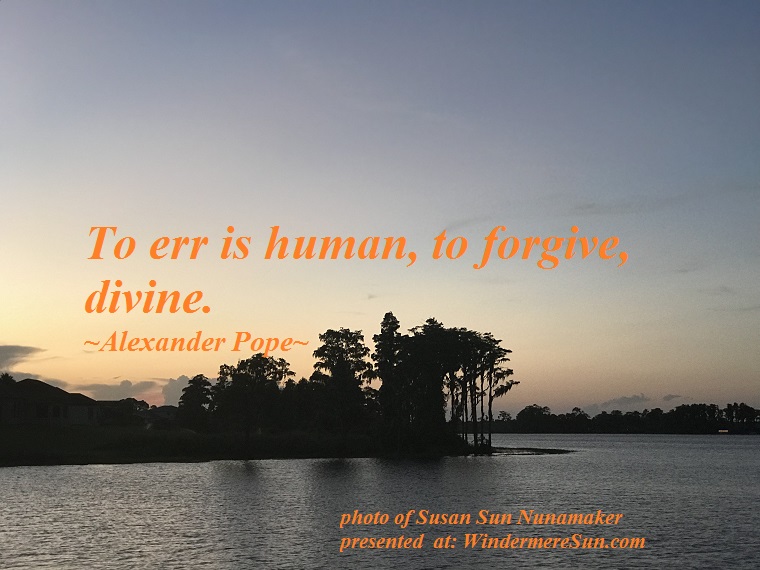 Quote of 9/22/2018, “To err is human, to forgive, divine.” (quote of Alexander Pope, photo of Susan Sun Nunamaker, presented at: WindermereSun.com)

Aren’t these pet/dog owners adorable? They treat their puppies as their babies…..lucky puppy….

Quote of 9/22/2018, “To err is human, to forgive, divine.” (quote of Alexander Pope, photo of Susan Sun Nunamaker, presented at: WindermereSun.com)

Alexander Pope once said, “To err is human, to forgive, divine.”

To know more about Alexander Pope, please refer to the excerpt from Wikipedia, in italics, below:

Alexander Pope (21 May 1688 – 30 May 1744) was an 18th century English poet. He is best known for his satirical verse, including Essay on Criticism, The Rape of the Lock and The Dunciad, and for his translation of Homer. He is the second-most frequently quoted writer in The Oxford Dictionary of Quotations after Shakespeare.[1]

An Essay on Criticism was first published anonymously on 15 May 1711. Pope began writing the poem early in his career and took about three years to finish it.

At the time the poem was published, the heroic couplet style in which it was written was a moderately new poetic form, and Pope’s work was an ambitious attempt to identify and refine his own positions as a poet and critic. The poem was said to be a response to an ongoing debate on the question of whether poetry should be natural, or written according to predetermined artificial rules inherited from the classical past.[13]

The ‘essay’ begins with a discussion of the standard rules that govern poetry by which a critic passes judgment. Pope comments on the classical authors who dealt with such standards, and the authority that he believed should be accredited to them. He discusses the laws to which a critic should adhere while critiquing poetry, and points out that critics serve an important function in aiding poets with their works, as opposed to the practice of attacking them.[14] The final section of An Essay on Criticism discusses the moral qualities and virtues inherent in the ideal critic, who, Pope claims, is also the ideal man.

Rape of the Lock

Pope’s most famous poem is The Rape of the Lock, first published in 1712, with a revised version published in 1714. A mock-epic, it satirises a high-society quarrel between Arabella Fermor (the “Belinda” of the poem) and Lord Petre, who had snipped a lock of hair from her head without her permission. The satirical style is tempered, however, by a genuine and almost voyeuristic interest in the “beau-monde” (fashionable world) of 18th-century English society.[15] The revised and extended version of the poem brought more clearly into focus its true subject – the onset of acquisitive individualism and a society of conspicuous consumers. In the world of the poem purchased artefacts displace human agency, and ‘trivial things’ assume dominance.[16]