Our Future With 5G In Central Florida! 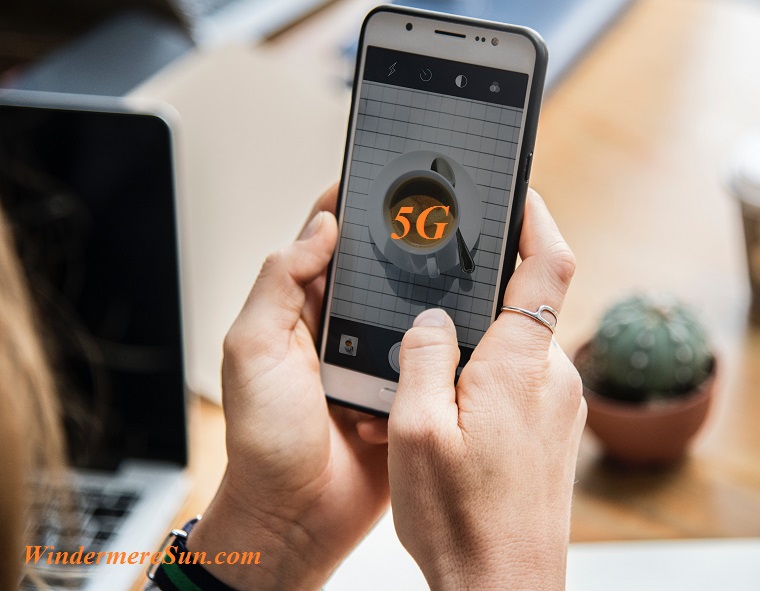 When AT&T announced the first three cities to get mobile 5G, in the video below:

5G is a new, faster network with the potential to completely transform the internet. So what makes it so revolutionary? CNBC’s Tom Chitty explains in the video “What is 5G?” below: Millimeter waves, massive MIMO, full duplex, beamforming, and small cells are just a few of the technologies that could enable ultrafast 5G networks, in the video  “Everything You Need To Know About 5G” below: 5G’s benefits have the potential to change the way cities work, implementing it could prove to be quite costly, in the video “A look at 5G technology and how it will change our lives” below: Lowell McAdam, Verizon chairman and CEO, speaks to CNBC’s David Faber about 5G mobile technology development and deployment, in the video “Verizon CEO On The Future of 5G” below:
Let’s see what wikipedia has to say about 5G, in italics, below:

5G is the fifth generation of cellular mobile communications. It succeeds the 4G (LTE/WiMax), 3G (UMTS) and 2G (GSM) systems. 5G performance targets include high data rate, reduced latency, energy saving, cost reduction, higher system capacity and massive device connectivity. The first phase of 5G specifications in Release-15 will be completed by March 2019, to accommodate early commercial deployment. The second phase in Release-16 will be completed by March 2020, for submission to the ITU as a candidate IMT-2020 technology. [1]

The ITU IMT-2020 standard provides for speeds up to 20 gigabits per second and has only been demonstrated with millimeter waves of 15 gigahertz and higher frequency. The more recent 3GPP standard includes any network using the NR New Radio software. 5G New Radio can include lower frequencies, from 600 MHz to 6 GHz. However, the speeds in these lower frequencies are only modestly higher than new 4G systems, estimated at 15% to 50% faster.[2]

5G NR speed in sub-6 GHz bands can be modestly higher than 4G with a similar amount of spectrum and antennas.[3][4] Adding LAA (Licensed Assisted Access) to a 4G configuration can add hundreds of megabits per second to the speed.[5]

Until there is substantial field testing, 5G speeds can only be estimated. Qualcomm, the leading chipmaker, presented at Mobile World Congress a model that has been cited by many.[6][7][8] The simulation predicts 490 Mbit/s median speeds for a common configuration of 3.5 GHz 5G Massive MIMO. It predicts a 1.4 Gbit/s median speed for a configuration using 28 GHz millimeter waves.[9]

Some 3GPP 5G networks will be slower than some advanced 4G networks. T-Mobile’s LTE/LAA network is deployed and serving customers at over 500 megabits per second in Manhattan.[5] The 5G specification allows LAA as well but it has not yet been demonstrated.