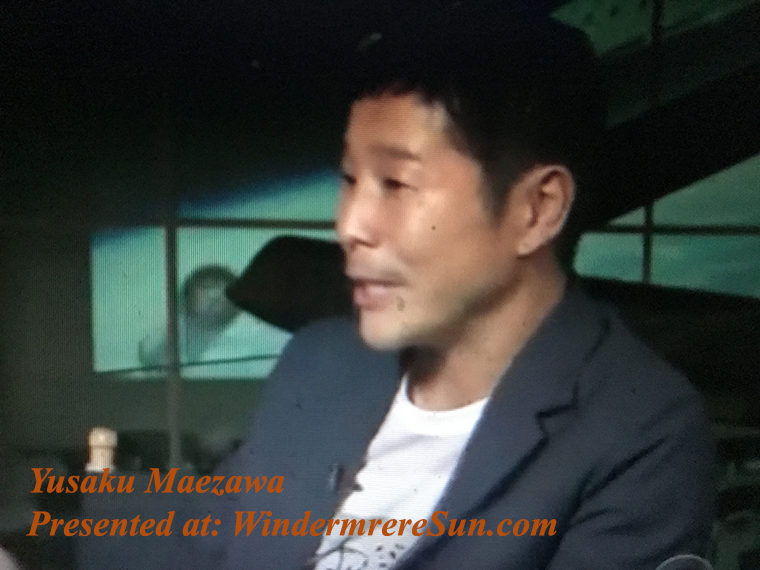 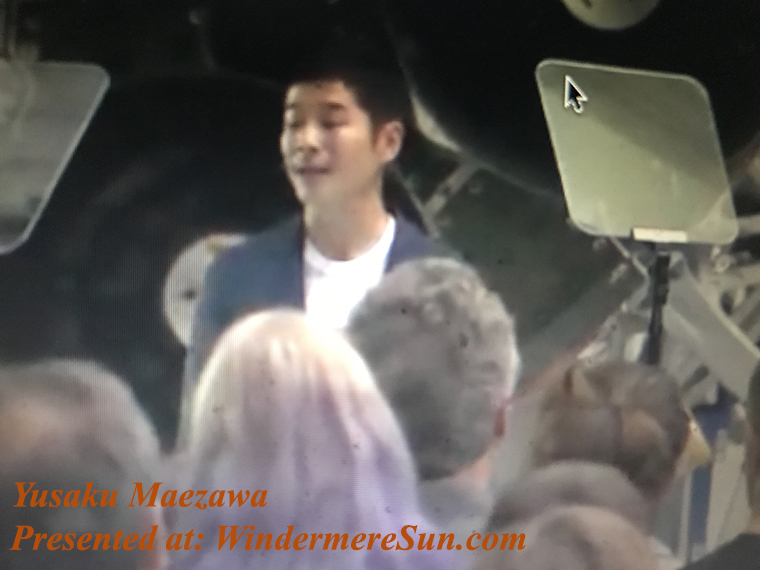 On Monday, Sep. 17, 2018, Elon Musk  announced that SpaceX will be sending its first private passenger (the first paying customer), a Japanese billionaire Yusaku Maezawa, on a trip around the moon. The Space X Falcon Rocket is scheduled to make the trip in 2023. Maezawa and Space X Founder Elon Musk announced this at Space X Los Angeles headquarter.

Yusaku Maezawa made his fortune via online fashion retail website Zozotown. The 42-year old Maezawa will be boarding SpaceX’s Big Falcon Rocket in 2023, bringing along eight hand picked artists from around the world. He will fly onboard a SpaceX BFR rocket, which is currently in development. The flight is slated to take place no earlier than 2023 with a duration of nearly six days. He will take six to eight artists with him as a part of an art project he has created called #dearMoon.

Maezawa has made a down payment for the mission and paid for all seats onboard, but the financial terms of the deal were not disclosed. Maezawa’s net worth is an estimated $2.9 billion, in the video “Yusaku Maezawa: Meet SpaceX’s first moon tourist” below: Let’s take a look at who Yusaku Maezawa is, excerpt from wikipedia, in italics, below:

Yusaku Maezawa (前澤 友作 Maezawa Yūsaku, born 22 November 1975) is a Japanese billionair eentrepreneur and art collector. He founded Start Today in 1998 and launched the online fashion retail website Zozotown, now Japan’s largest, in 2004. Most recently, Maezawa introduced a custom-fit apparel brand ZOZO and at-home measurement system, the ZOZOSUIT, in 2018. [2] As of May 2017 he is estimated by Forbes to have a net worth of $3.6 billion and is the 14th richest person in Japan.[3]

In 1998, Maezawa used the basis of the mail-order album business to launch the company Start Today.[7] The same year, his band signed with the label BMG Japan. By 2000, Start Today had moved to an online platform, had begun selling clothing, and had become a public company. In 2001, Maezawa declared a hiatus on his music career. Start Today opened the retail clothing website Zozotown in 2004, and six years later, Start Today became a publicly traded company, listed on the “Mothers” Index of the Tokyo Stock Exchange. By 2012, Start Today was listed in the First Section of the Tokyo Stock Exchange.[8]

Maezawa recently introduced ZOZO, a custom-fit clothing brand and the ZOZOSUIT, an at-home measurement system, in over 72 countries and territories.[9]

Maezawa is the founder of the Tokyo-based Contemporary Art Foundation, which he started in 2012 with a goal of “supporting young artists as a pillar of the next generation of contemporary art.”[10] The Contemporary Art Foundation currently hosts collection shows twice a year. In May 2016 Maezawa attracted significant media attention with a record purchase price at auction of $57.3 million for an untitled work by Jean-Michel Basquiat, and broke a record again in May 2017 with a $110.5 million auction for a piece by the same artist.[11] At the same 2016 auction, Maezawa bought pieces by Bruce Nauman, Alexander Calder, Richard Prince, and Jeff Koons, spending a total of $98 million over two days.[12] Maezawa plans to open a contemporary art museum in Chiba, which will house his collection.[10]
Photographed, gathered, written, and posted by Windermere Sun-Susan Sun Nunamaker
More about the community at www.WindermereSun.comAny comments, suggestions, concerns regarding this post will be welcomed at info.WindermereSun@gmail.com