The Ocean Cleanup System 001 Was Launched, There Is Hope For Our Clean Future! 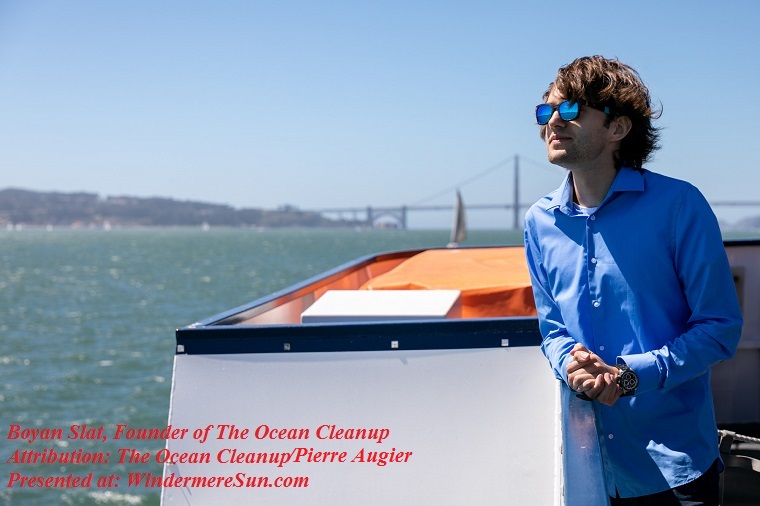 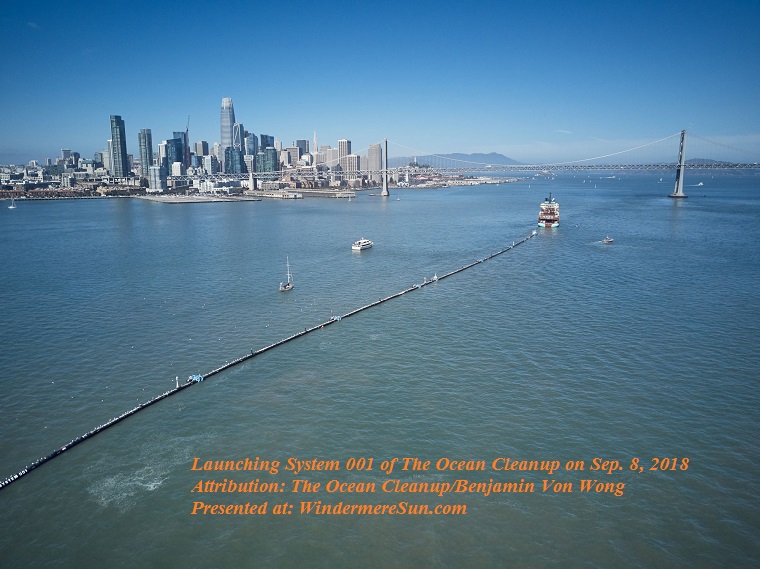 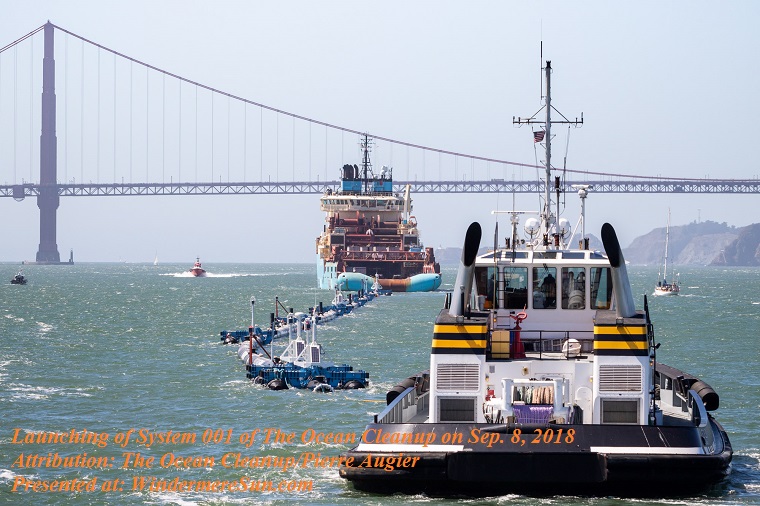 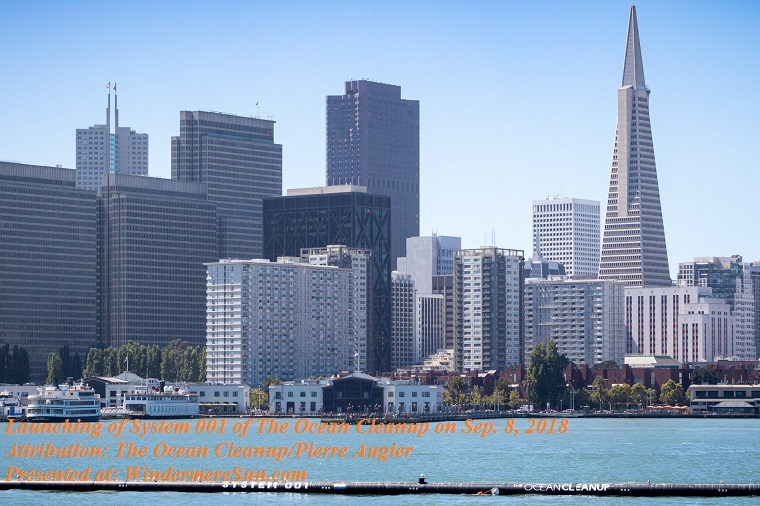 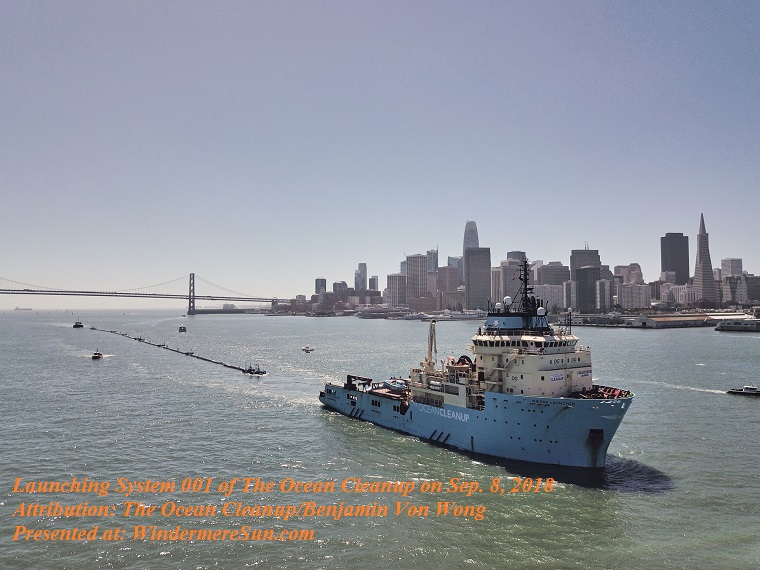 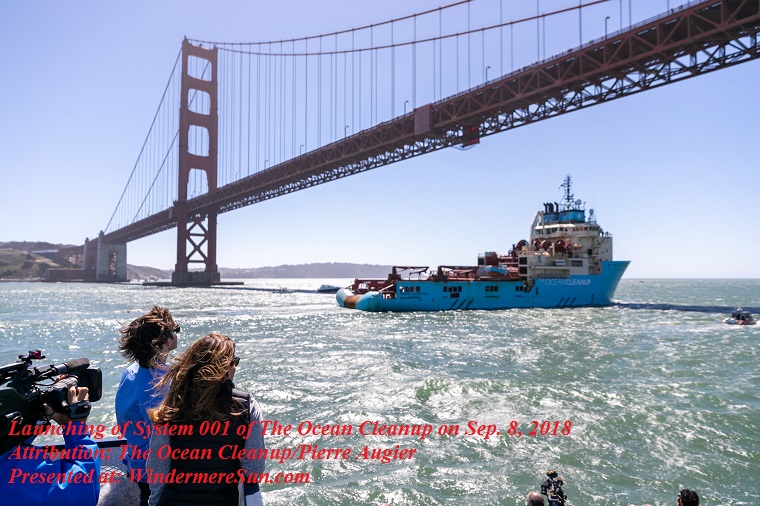 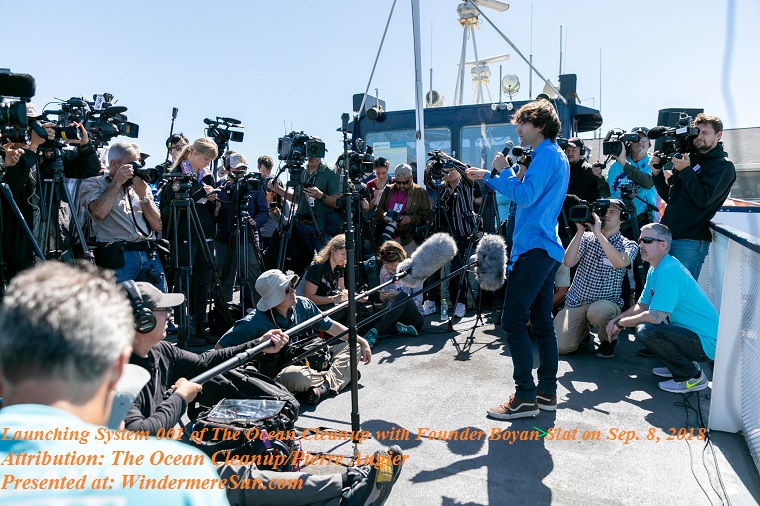 
Did you know that there are over 5 trillion pieces of plastic currently littering the ocean?!

The ocean is massvie! In recent decades, it’s been discovered that trash have been accumulating in 5 ocean garbage patches 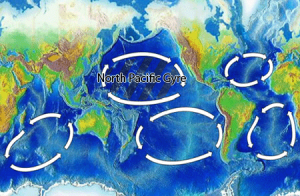 (aka subtropical gyres, as a result of ocean currents), the largest one being  Great Pacific Garbage Patch, located between California and Hawaii. If left to circulate without intervention, the plastic from these garbage patches will impact our ecosystems, health and economy. Cleaning up the Great Pacific Garbage Patch (explained below in italics)  using conventional methods ( vessels and nets ) 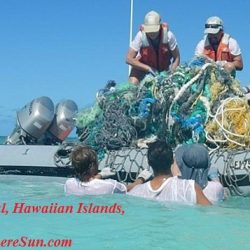 would take thousands of years and tens of billions of dollars to complete.

In 2013, a Dutch-born inventor-entrepreneur of Croatian origin, Boyan Slat, founded The Ocean Cleanup, a foundation that develops technologies to extract plastic pollution from the oceans and prevent more plastic debris from entering ocean waters. The foundation’s headquarters are in Delft, Netherland.  The Ocean Cleanup‘s  passive systems are estimated to be able to remove half of the Great Pacific Garbage patch in just five years, and at a fraction of the cost. The Ocean Cleanup’s first cleanup system was deployed on September 8, 2018 (video “System 001 Launch Timelapse“, below). This is how it works (video “The Ocean Cleanup Technology, Explained“, below).

Excerpt from https://www.theoceancleanup.com/technology/ in bold magenta, below:

In essence, The Ocean Cleanup technology created a coastline where there are none:

The system consists of a 600-meter-long floater that sits at the surface of the water and a tapered 3-meter-deep skirt attached below. The floater provides buoyancy to the system and prevents plastic from flowing over it, while the skirt stops debris from escaping underneath.

Both the plastic and system are being carried by the current. However, wind and waves propel only the system, as the floater sits just above the water surface, while the plastic is primarily just beneath it. The system thus moves faster than the plastic, allowing the plastic to be captured. The skirt extend deeper in the middle of the system than on the system’s outer edges. As the current applies pressure on the skirt, the system naturally adopts an u-shape which enables it to concentrate in the center, like a funnel. The drag generated by the skirt also acts as a stabilizing force, allowable the system to reorient itself when the wind changes direction. And the system, like the plastic, is free floating, it automatically drifts toward area with the highest plastic concentration.  Fitted with solar powered lights, anti-collision system, cameras, sensors, and satellite antennas, the system actively communicates its positions at all times and continuously gather performance data. Periodically, a support vessel comes by to take out the concentrated plastics, like a garbage truck of the ocean. The plastic is then transported to land, recycled, and made into durable products. This is the first of a fleet of 60 systems. Once deployed, the fleet is expected to clean up 50% of the Great Pacific Garbage Patch every 5 years.

Back in 2012, 18-year-old Boyan Slat combines environmentalism, entrepreneurism and technology to tackle global issues of sustainability. After diving in Greece, and coming across more plastic bags than fish, he wondered; “why can’t we clean this up?” in the video “How the oceans can clean themselves: Boyan Slat at TEDxDelft” below:


The main idea behind The Ocean Cleanup was to let the ocean currents do the work. An installation of U-shaped screens would channel floating plastic to a central point. The concentrated plastic would then be extracted and shipped to shore for recycling into durable products. The improvements involved the introduction of a mobile, or drifting system. Rather than fixing the floating screens to the seabed at great depths, The Ocean Cleanup would apply sea anchors to ensure the floating screens to move slower than the plastic. Rather than one massive barrier, the improved, modular cleanup system consisted of a fleet of screens. On May 11, 2017, Boyan Slat announced this design breakthrough allowing for the cleanup of half the Great Pacific Garbage Patch in just 5 years, in the video “Boyan Slat: How we will rid the oceans of plastic (May 2017)” below:
The Ocean Cleanup successfully launched its ocean plastic cleanup system on Saturday, Sept. 8, 2018, from Alameda, California, and is now on its way to clean up the Great Pacific Garbage Patch. Video below “The Ocean Cleanup launches to the Great Pacific Garbage Patch“: Thanks to Boyan Slat and his team, there will be hope for our clean future!
For more information about the Great Pacific garbage patch, please refer to the excerpt from wikipedia, in italics, below:

The Great Pacific garbage patch, also described as the Pacific trash vortex, is a gyreof marine debris particles in the central North Pacific Ocean discovered between 1985 and 1988. It is located roughly between 135°W to 155°W and 35°N to 42°N.[1] The collection of plastic, floating trash halfway between Hawaii and California[2] extends over an indeterminate area of widely varying range depending on the degree of plastic concentration used to define the affected area.

The patch is characterized by exceptionally high relative pelagic concentrations of plastic, chemical sludge, and other debris that have been trapped by the currents of the North Pacific Gyre.[3] Despite the common public image of islands of floating rubbish, its low density (4 particles per cubic meter) prevents detection by satellite imagery, or even by casual boaters or divers in the area. It consists primarily of an increase in suspended, often microscopic, particles in the upper water column.

The Great Pacific garbage patch was described in a 1988 paper published by the National Oceanic and Atmospheric Administration (NOAA) of the United States. The description was based on results obtained by several Alaska-based researchers in 1988 that measured neustonicplastic in the North Pacific Ocean.[4] Researchers found relatively high concentrations of marine debris accumulating in regions governed by ocean currents. Extrapolating from findings in the Sea of Japan, the researchers hypothesized that similar conditions would occur in other parts of the Pacific where prevailing currents were favorable to the creation of relatively stable waters. They specifically indicated the North Pacific Gyre.[5]

Charles J. Moore, returning home through the North Pacific Gyre after competing in the Transpacific Yacht Race in 1997, claimed to have come upon an enormous stretch of floating debris. Moore alerted the oceanographer Curtis Ebbesmeyer, who subsequently dubbed the region the “Eastern Garbage Patch” (EGP).[6] The area is frequently featured in media reports as an exceptional example of marine pollution.[7]

The Pacific garbage patch is not easily seen from the sky, because the plastic is dispersed over a large area. Researchers from The Ocean Cleanup have found the patch to cover an area of 1.6 million square kilometers. The plastic concentration is estimated to be up to 100 kilograms per square kilometer in the center of the patch, going down to 10 kilograms per square kilometer in the outer parts of the patch. There is an estimate of 80,000 metric tons of plastic in the patch, totalling 1.8 trillion pieces. When accounting for the total mass, 92% of the debris found in the patch consists of objects larger than 0.5 centimeters. [8]

A similar patch of floating plastic debris is found in the Atlantic Ocean, called the North Atlantic garbage patch.[9][10]