Hurricane Florence Up To Category 4 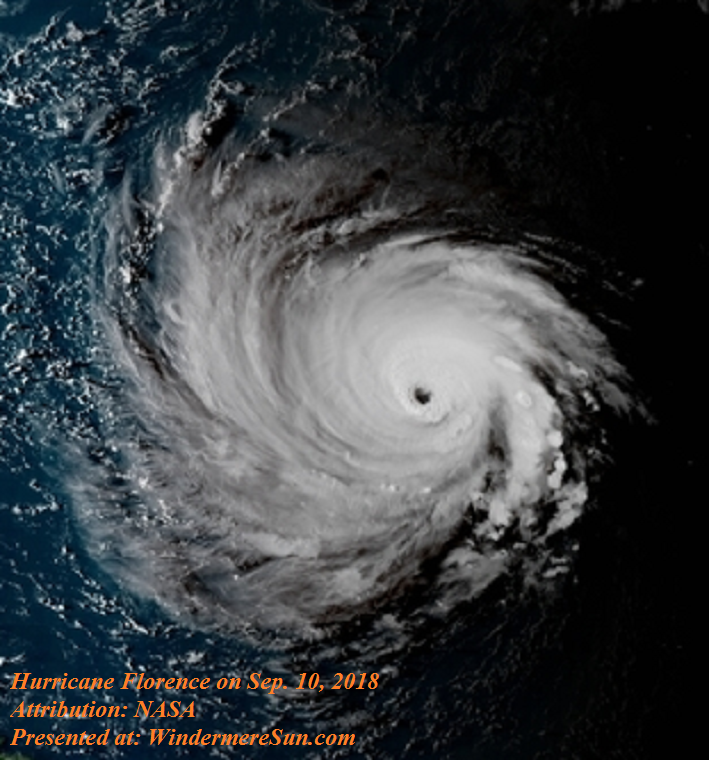 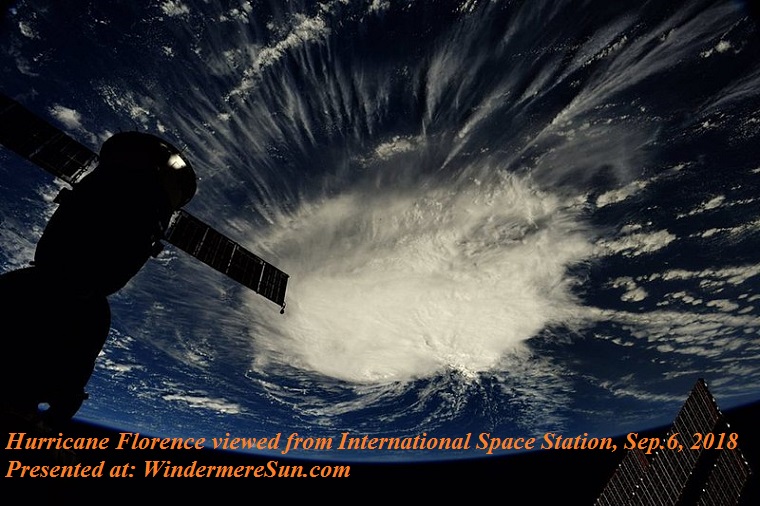 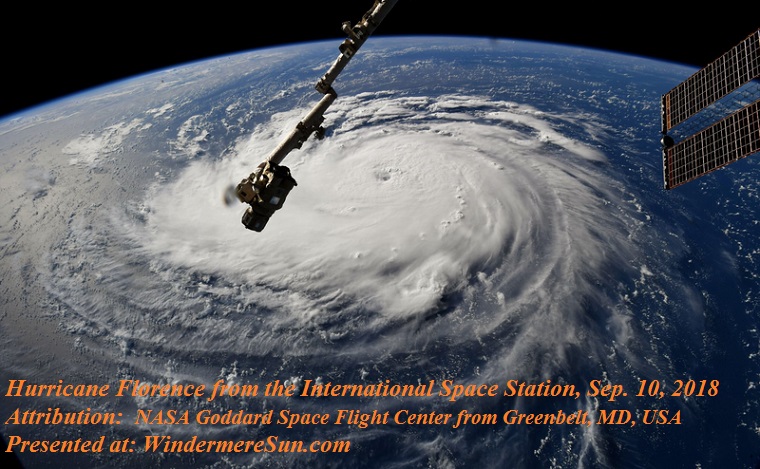 Updated report of Hurricane Florence from wikipedia, in italics, below:

Hurricane Florence is currently a powerful tropical cyclone over the Atlantic Ocean, threatening the Southeastern United States and the U.S. Mid-Atlantic states. The sixth named storm, third hurricane and the first major hurricane of the 2018 Atlantic hurricane season, Florence originated from a strong tropical wave that emerged off the west coast of Africa on August 30. Steady organization resulted in the formation of a tropical depression on the next day near Cape Verde. Progressing along a steady west-northwest trajectory, the system acquired tropical storm strength on September 1, and fluctuated in strength for several days over open ocean. An unexpected bout of rapid intensification ensued on September 4–5, culminating with Florence becoming a Category 4 major hurricane on the Saffir–Simpson scale—estimated maximum sustained winds were 130 mph (215 km/h). Thereafter, hostile environmental conditions tore the storm apart, and Florence degraded to a tropical storm by September 7. Shifting steering currents led to a westward turn into a more suitable environment, and the system regained hurricane strength on September 9 and major hurricane status by September 10. At 16:00 UTC on September 10, Florence again became a Category 4 hurricane, later reaching a new peak intensity of 939 mbar, much deeper than its previous intensity of 953 mbar.

Early in the storm’s history, the system brought squally conditions to the Cape Verde islands, resulting in some landslides and flooding; however, overall impacts were negligible. With the threat of a major impact in the Southeastern and Mid-Atlantic United States becoming evident by September 7, the governors of North Carolina, South Carolina, Virginia, and Maryland declared a state of emergency.

The National Weather Service upgraded Hurricane Florence to a Category 4 storm, meaning it is capable of creating “catastrophic” damage. Florence now has maximum sustained winds of 130 mph, the center said, in the video “Hurricane Florence strengthens, targets East Coast” below: