Want An Ice Cream Cone?/Always Keep An Open Mind And A Compassionate Heart 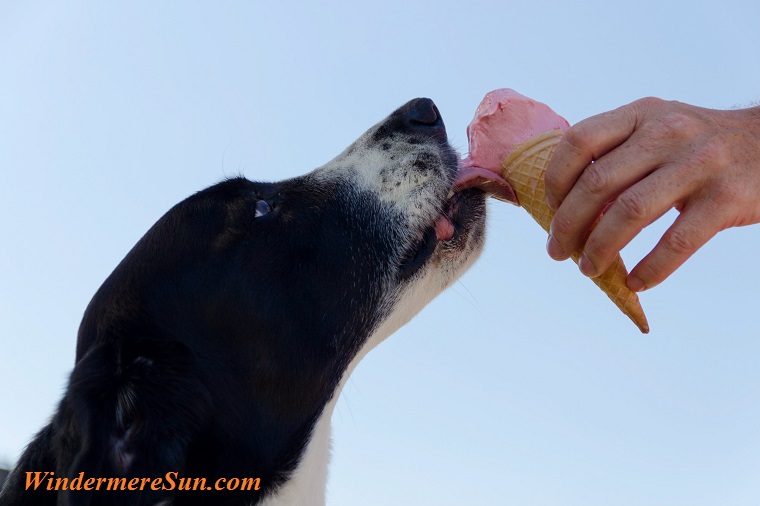 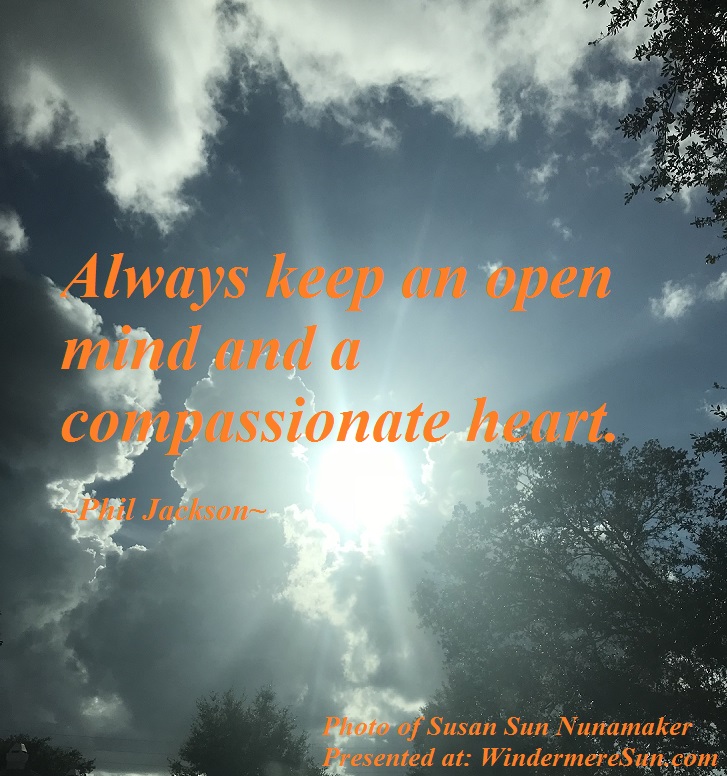 Quote of 09/08/2018, “Always keep an open mind and a compassionate heart.” (quote of Phil Jackson, photo of Susan Sun Nunamaker, presented at: WindermereSun.com)

Quote of 09/08/2018, “Always keep an open mind and a compassionate heart.” (quote of Phil Jackson, photo of Susan Sun Nunamaker, presented at: WindermereSun.com)

Phil Jackson once reminded us, “Always keep an open mind and a compassionate heart.”

To find out more about Phil Jackson, please refer to the excerpt, in italics, below:

Philip Douglas Jackson (born September 17, 1945) is a former American professional basketball player, coach, and executive in the National Basketball Association (NBA). Jackson was the head coach of the Chicago Bulls from 1989 to 1998, during which time Chicago won six NBA championships. He then coached the Los Angeles Lakers, who won five championships from 2000 to 2010. In total, Jackson has won 11 NBA titles as a coach, surpassing the previous record of nine set by Red Auerbach. He also won two championships as a player with the New York Knicks in 1970 and 1973,[1] and holds the NBA record for the most combined championships (13).

Jackson was known for his use of Tex Winter‘s triangle offense as well as a holistic approach to coaching that was influenced by Eastern philosophy, garnering him the nickname “Zen Master“. Jackson cited Robert Pirsig‘s book Zen and the Art of Motorcycle Maintenance as one of the major guiding forces in his life. He also applied Native American spiritual practices, as documented in his book Sacred Hoops.[2] He is the author of several candid books about his teams and his basketball strategies. In 2007, Jackson was inducted into the Basketball Hall of Fame.[3] In 1996, as part of celebrations for the National Basketball Association‘s 50th anniversary, Jackson was named one of the 10 greatest coaches in league history.[4][5][6][7]