U.S. Is Denying Passports To Americans Near The Border Delivered By Midwives 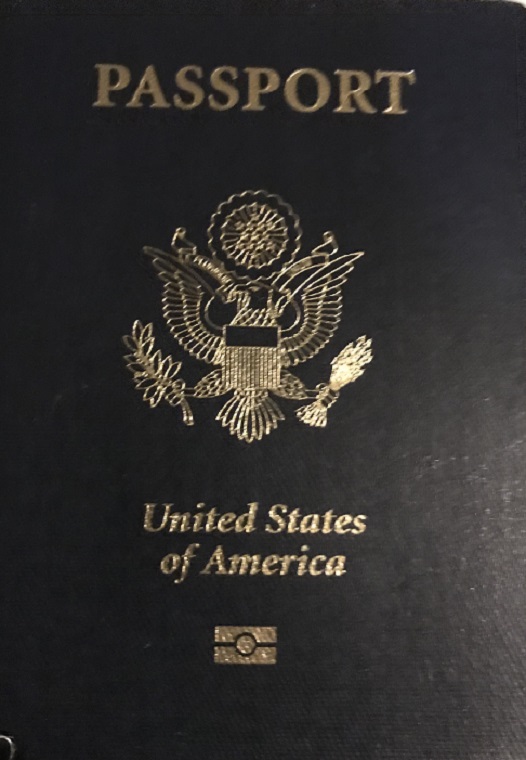 There had been a growing number of Hispanic Americans living along the Texas-Mexico border, with their birth records showing that they were born in in the United States, but now being denied American passports. Their citizenships have been  questioned,  and some had been held in immigration detention centers, and entered into deportation proceedings. It appeared as though people who were delivered by mid-wives in southern Texas between 1950’s-1990’s have been targeted by the government, according to immigration attorneys and individuals affected, in an interview with Washington Post, in CNN’s report, below:

According to Washington Post, “The Trump administration is accusing hundreds, and possibly thousands, of Hispanics along the border of using fraudulent birth certificates since they were babies, and it is undertaking a widespread crackdown.” Most of the affected individuals are Latinos.

Immigration attorney Carlos Garcia said, “There is no doubt that the Latino community is under attack. These tactics that government is using throughout different agencies are direct attacks on members of our community.” The government said that “their suspicion stemmed from people who were born with the help of midwives, some of whom had allegedly helped to provide U.S. birth certificates to babies who were actually born in Mexico.”  Midwives were frequent options for those who could not afford to go to the hospitals.

Scrutiny and passport denials for those born near the border began during George W. Bush administration and continued during the early part of Obama presidency. Since the State Department did not provide the data of current denials, therefore CNN could not independently verify whether or not there had been a surge during Trump administration. However, several immigration attorneys in South Texas indicated that is had.

The U.S. State Department said there had not been any change in policy and the official statement indicated, “The U.S.-Mexico border region happens to be an area of the country where there has been a significant incidence of citizenship fraud….midwives and other birth attendants, in addition to legitimately registering births born in the United States, have accepted money and filed U.S. birth certificates for babies actually born in Mexico.” and the department did not provide concrete evidence to support this claim, according to CNN. Keep in mind that this is happening during the time when Trump administration is lobbying for stricter federal voter ID law in an area that is largely Democratic and heavily Latinos.

This piece of news is quite disturbing and got me thinking….I wonder if ACLU (American Civil Liberty Union) had ever dealt with cases such as these….and this is what I found:

Back in 2009, ACLU did handle and resolved a class action lawsuit and indicated in its press release, in italics, on June 26, 2009, below:

McALLEN, TX –The U.S. Department of State (DOS) has agreed to implement new procedures designed to ensure the fair and prompt review of U.S. passport applications by Mexican Americans whose births in Texas were attended by midwives. Under the agreement, no eligible applicant should be denied a passport.

The procedural changes are the result of a settlement agreement following a class action lawsuit filed by a coalition of civil rights and legal organizations including the American Civil Liberties Union, the ACLU of Texas, the international law firm Hogan & Hartson LLP, and Refugio del Rio Grande, Inc.

“The new procedures agreed to by the government are aimed at restoring the core American values of fairness and equality to the ways in which it issues U.S. passports,” said Vanita Gupta, staff attorney with the ACLU Racial Justice Program who worked on the case along with the ACLU Immigrants’ Rights Project. “Citizens will no longer be denied a passport solely because of their race, ancestry or because they happened to be born at home with a midwife.”

The settlement comes at a particularly crucial time. The Western Hemisphere Travel Initiative (WHTI), which went into effect June 1, requires every American who wishes to exit or enter or the United States to have a valid U.S. passport or passport card. Previously, citizens needed only a valid U.S. driver’s license to travel between the U.S. and Mexico or Canada.

“For U.S. citizens who live in the Southwest, a passport is now as necessary as a driver’s license,” said Lisa Graybill, Legal Director for the ACLU of Texas. “We are relieved that US citizens who work, shop, receive medical care, and have family on both sides of the border will no longer be in danger of losing their jobs, risking their health, or being separated from family members simply because of the circumstances of their birth.”

Although midwifery has been a common practice for more than a century – particularly in rural and other traditionally underserved communities – the lawsuit charged that DOS was violating the due process and equal protection rights of virtually all midwife-delivered U.S. citizens living in the southern border region by forcing them to provide an excessive number of documents normally not required to prove their citizenship. Then, even after the applicants supplied further proof of their citizenship, DOS responded by summarily closing their applications without explanation.

“Because DOS lacked clear standards, countless passport applicants were treated arbitrarily, said Lisa Brodyaga, the attorney for Refugio del Rio Grande. “With this settlement, applicants born with midwives are guaranteed the same full and fair consideration of their applications as everyone else.  This is especially critical now given that the June 1st deadline of WHTI has passed.”

The lawsuit also charged that the Department’s practices were violating the Administrative Procedure Act, which was enacted as a safeguard against arbitrary and capricious government agency procedures. During the course of the litigation, several of the plaintiffs were granted passports even though they had been denied previously on the very same showing of evidence of citizenship.

Pending court approval, DOS will train its staff on how to fairly weigh all the evidence provided in passport applications and how to avoid improperly subjecting people whose births were assisted by midwives in Texas and along the U.S.-Mexico border to heightened scrutiny in reviewing their passport applications. All denials will be automatically reviewed by a three-member panel comprised of experienced DOS staff members, and if that panel also denies an application, DOS must communicate the specific reasons for the denial to the applicant. The applicant can then challenge the denial and ask DOS to reconsider its decision.

Additionally, anyone birthed by a midwife who has filed an application for a passport between April 2003 and September 15, 2008 and, with a few exceptions, whose application was not expressly “denied,” can re-apply for free. DOS will be setting up mobile units across the border on specific dates to assist those reapplying.

DOS has also agreed to restrictions on a list it maintains of suspect midwives and other birth attendants, which it purported to use to justify its discriminatory policies. Importantly, DOS will not deny a passport application simply because the applicant’s birth attendant or midwife is on the list. Furthermore, DOS will conduct regular reviews of the list to ensure that no one is included unless DOS has a reasonable, lawful basis to do so. These measures will help ensure that DOS does force passport applicants to take unnecessary measures to prove their citizenship and does not arbitrarily deny passports merely because the individual was born to a suspect midwife.

“We’re very happy that we were able to come to an agreement with the government that recognizes every U.S. citizen’s constitutional right to be treated with fairness and equality,” said Adam K. Levin of Hogan & Hartson. “You can’t deny basic rights to an entire group of U.S. citizens because their parents did not deliver them in hospitals.”

A copy of the settlement agreement and notice about the court-approval process for this class action settlement is available online at: https://www.aclu.org/files/pdfs/racialjustice/castelanovclinton_agreement.pdf