We Need To Pass The Bill For Security Elections Act, Pronto! 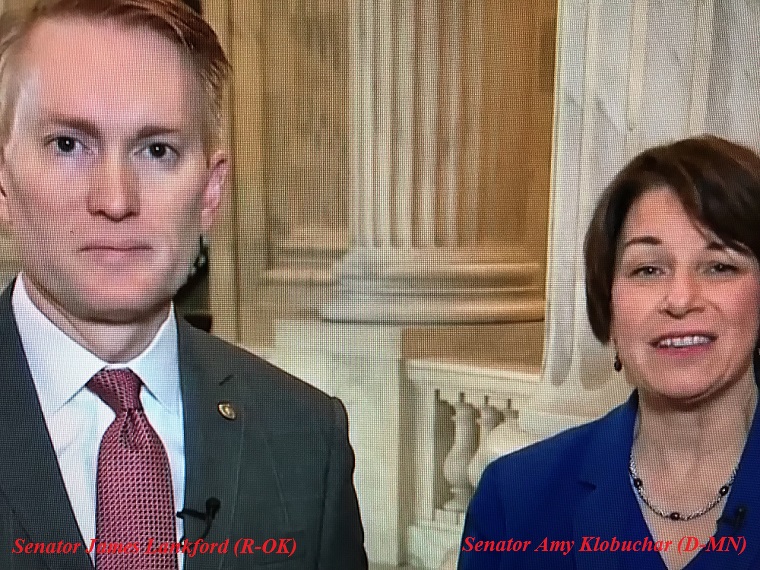 Soon after the Justice Department indicted the 12 Russian intelligence officers for interfering in the U.S. 2016 election, Director of National Intelligence Dan Coats warned that Russia is still very much of a threat to America’s democratic process. But President Trump does not appear to share this concern. Videos from early part of August, below:

(Rachel Maddow reports on Senator Bill Nelson not backing down on his warning that Russians have penetrated Florida elections systems for this election cycle, below:)

(New York Times columnist David Brooks and Ezra Klein of Vox join Judy Woodruff to discuss the week’s news, including the contrast between President Trump’s lambasting of the Russia investigation and his administration’s heightened warnings about election threats, plus a fringe internet conspiracy theory surfaces at a Trump rally and the rift between Trump and the influential Koch network, below:) The Secure Elections Act , introduced by Republican Senator James Lankford of Oklahoma, in December of 2017, would have made significant changes to the way states protect their voting systems. It is a Republican initiated and Democrat supported bill (co-sponsored by D-CA Kamala Harris, D-MN Amy Klobuchar, R-SC Lindsey Graham, and R-ME Susan Collins) safeguarding U.S. election from being interfered by foreign entity. It is now stuck in the bowels of Congress, possibly because the White House doesn’t want it to pass. The bill was scheduled to go up for a vote in October, with Senate Rules Committee Chairman R-MO Roy Blunt was set to conduct a markup of the bill on Wednesday, August 22, 2018, but the review was canceled after Blunt claimed it lacked enough Republican support. According to Yahoo, it was the White House that stopped in to kill the effort.  White House spokesperson Lindsay Walters said in a statement, “We cannot support legislation with inappropriate mandates or that moves power or funding from the states to Washington for the planning and operation of elections.“

(Senate Republicans blocked a Democratic amendment that would have provided states with more election security funding ahead of the midterm election. Senator Bob Corker was the only Republican to vote in support of the amendment, below:)


(On August 22, 2018, Senator James Lankford delivered a speech on the floor of the U.S. Senate about his bipartisan Secure Elections Act and the need for Congress to quickly pass legislation to strengthen our election cybersecurity, below:) Lankford argued that states should not be expected to protect against attacks from foreign adversaries, and that because the elections in question are federal, the federal government should work with states to ensure their integrity. Lankford told Yahoo, “Your election in Delaware affects the entire country…your election in Florida affects the entire country.” Klobuchar also added in a statement, “each and every day Vladimir Putin, hostile nations, and criminal forces devise new schemes to muck up our democracy and other infrastructure” and “when our nation is under attack from foreign governments there is a federal obligation to act.”

Sens. Amy Klobuchar and James Lankford have introduced legislation (back in December of 2017) that would protect against foreign interference in future elections.

Senator Lankford  and Klobuchar discuss the reason and how the election would be secured through auditing, below:

Sens. Amy Klobuchar and James Lankford have introduced legislation (back in December of 2017) that would protect against foreign interference in future elections. Both senators join Morning Joe to discuss the legislation and Sen. Al Franken’s resignation, below:
Secure Elections Act

This bill gives the Department of Homeland Security (DHS) primary responsibility within the federal government for sharing information about election cybersecurity incidents, threats, and vulnerabilities with federal entities and election agencies.

DHS shall award election system cybersecurity and modernization grants to states to implement the advisory panel’s guidelines. Grants shall be awarded to: (1) remediate vulnerabilities identified by a cybersecurity evaluation, (2) replace electronic voting systems that are not optical scanners that read paper ballots, and (3) reimburse states for the inspection of marked paper ballots.

DHS shall establish a Hack the Election program, including a recurring competition, to facilitate and encourage the identification and reporting of election cybersecurity vulnerabilities by independent technical experts.

In essence, the Secure Election Acts would have made significant changes to the way states protect their voting systems in three significant ways:

To help ensure that states keep an accurate vote count if cyberattackers tried to manipulate or interfere with a final, electronic-only report, the third part is crucial.

But a White House spokesperson Lindsay Walters told Yahoo News that the government, mainly DHS, “has all the statutory authority it needs to assist state and local officials to improve the security of existing election infrastructure.”

Apparently, the White House does not like this bipartisan bill that would significantly boost the nation’s defense against electoral interference.

Election security is not a partisan issue. It needs to be supported by all Americans. So start calling, writing, texting, emailing your Congressperson to pass this Secure Elections Act, Pronto!