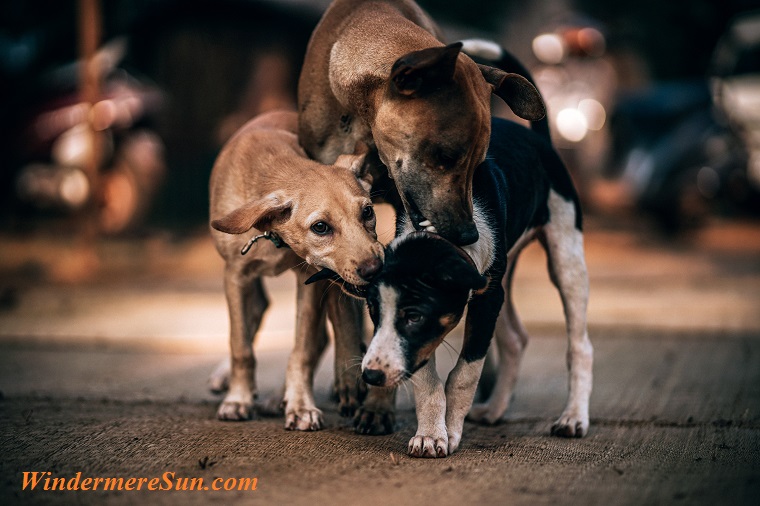 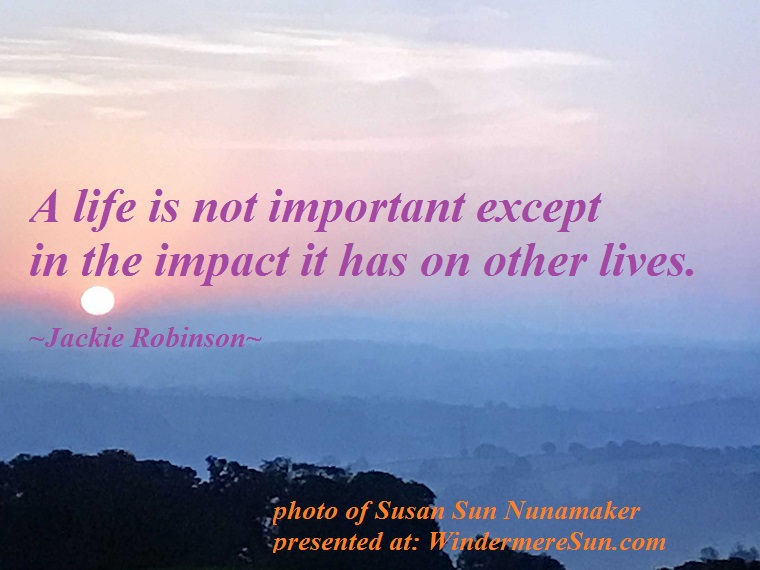 “A life is not important except in the impact it has on other lives.” (Quote of 08/25/2018, quote of Jackie Robinson, photo of Susan Sun Nunamaker, presented at: WindermereSun.com)

How affectionate! How adorable!

“A life is not important except in the impact it has on other lives.” (Quote of 08/25/2018, quote of Jackie Robinson, photo of Susan Sun Nunamaker, presented at: WindermereSun.com)

Jackie Robinson commented once, “A life is not important except in the impact it has on other lives.“

To learn more about Jackie Robinson, check out the excerpt from wikipedia, in italics, below:

Jack Roosevelt Robinson (January 31, 1919 – October 24, 1972) was an American professional baseball player who became the first African American to play in Major League Baseball (MLB) in the modern era. Robinson broke the baseball color line when the Brooklyn Dodgers started him at first base on April 15, 1947. When the Dodgers signed Robinson, they heralded the end of racial segregation in professional baseball that had relegated black players to the Negro leagues since the 1880s. Robinson was inducted into the Baseball Hall of Fame in 1962.

Robinson had an exceptional 10-year MLB career. He was the recipient of the inaugural MLB Rookie of the Year Award in 1947, was an All-Star for six consecutive seasons from 1949 through 1954, and won the National League Most Valuable Player Award in 1949—the first black player so honored. Robinson played in six World Series and contributed to the Dodgers’ 1955 World Series championship.

In 1997, MLB retired his uniform number 42 across all major league teams; he was the first pro athlete in any sport to be so honored. MLB also adopted a new annual tradition, “Jackie Robinson Day“, for the first time on April 15, 2004, on which every player on every team wears No. 42.

Robinson’s character, his use of nonviolence, and his unquestionable talent challenged the traditional basis of segregation which then marked many other aspects of American life. He influenced the culture of and contributed significantly to the civil rights movement. Robinson also was the first black television analyst in MLB and the first black vice president of a major American corporation, Chock full o’Nuts. In the 1960s, he helped establish the Freedom National Bank, an African-American-owned financial institution based in Harlem, New York. After his death in 1972, in recognition of his achievements on and off the field, Robinson was posthumously awarded the Congressional Gold Medal and Presidential Medal of Freedom.