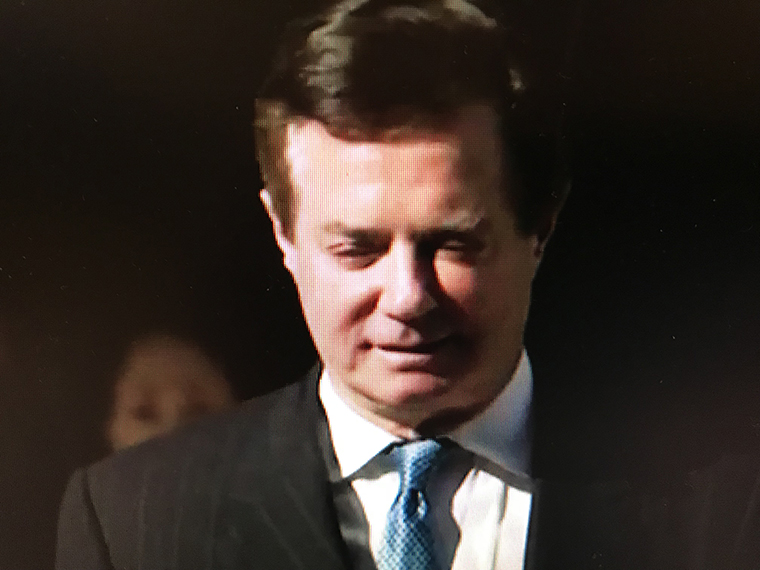 President Donald Trump’s former campaign chairman Paul Manafort was found guilty on eight counts of financial crimes (evading paying taxes, tax fraud, and bank fraud), a major victory for Special Counsel Robert Mueller. Jurors were unable to reach a verdict on 10 charges out of the 18 charges, and Judge T.S. Ellis declared a mistrial on those counts (involving not having declared foreign accounts). These verdicts are discussed in “Paul Manafort Found Guilty on Eight Counts“, below:

Paul Manafort will be facing second trial in DC, including multiple charges: lying to the FBI, conspiracy to defraud United States, and witness tempering. So Manafort will have more legal troubles in days to come.   The video on “Former Federal Prosecutor: A Pardon Can Equal Obstruction of Justice“, below:
Paul Manafort had made a name for himself in the DC lobbying world,  but he made a fortune overseas, advising  strongmen and doing business with oligarchs. Then his past caught up with him. To view the evolution of rise and fall of Paul Manafort, in “The Spectacular Rise and Fall of Paul Manafort“, below:
To better understand Paul Manafort, excerpt from wikipedia, in italics, below:

Paul John Manafort Jr. (born April 1, 1949) is an American lobbyist, political consultant, and lawyer. He joined Donald Trump‘s presidential campaign team in March 2016, and was campaign chairman from June to August 2016. He was convicted of tax fraud and bank fraud in August 2018.

Manafort often lobbied on behalf of foreign leaders such as former President of Ukraine Viktor Yanukovych, former dictator of the Philippines Ferdinand Marcos, former dictator of Zaire Mobutu Sese Seko, and Angolan guerrilla leader Jonas Savimbi. Lobbying to serve the interests of foreign governments requires registration with the Justice Department under the Foreign Agents Registration Act (FARA); however, as of June 2, 2017, Manafort had not registered. On June 27, he retroactively registered as a foreign agent.

Manafort is under investigation by multiple federal agencies. The Federal Bureau of Investigation (FBI) has had an active criminal investigation on him since 2014 regarding business dealings while he was lobbying for Yanukovich. He is also a person of interest in the FBI counterintelligence probe looking into the Russian government’s interference in the 2016 United States presidential election.

On October 30, 2017, Manafort surrendered to the FBI after a federal grand jury indicted him and his business associate Rick Gates. The charges arose from his consulting work for the pro-Russian government of Viktor Yanukovych in Ukraine before Yanukovych’s overthrow in 2014. The indictment had been requested by Robert Mueller’s special investigation unit. The indictment charged Manafort with conspiracy against the United States, conspiracy to launder money, failure to file reports of foreign bank and financial accounts, being an unregistered agent of foreign principal, false and misleading FARA statements, and false statements. Manafort pleaded not guilty, and was placed under 24-hour GPS-monitored house arrest in consideration of the evidence in the cases against him. On June 15, 2018, Manafort’s bail was revoked, and he was sent to jail under charges of obstruction of justice and witness tampering that is alleged to have occurred while he was under house arrest. He pleaded not guilty to these additional charges and remained confined until his trial began on July 31, 2018. On August 21, 2018, Manafort was convicted on eight out of eighteen charges of tax and bank fraud. A mistrial was declared on the other ten.