My Principles Are Worth Far More Than Clearances. I will Not Relent! 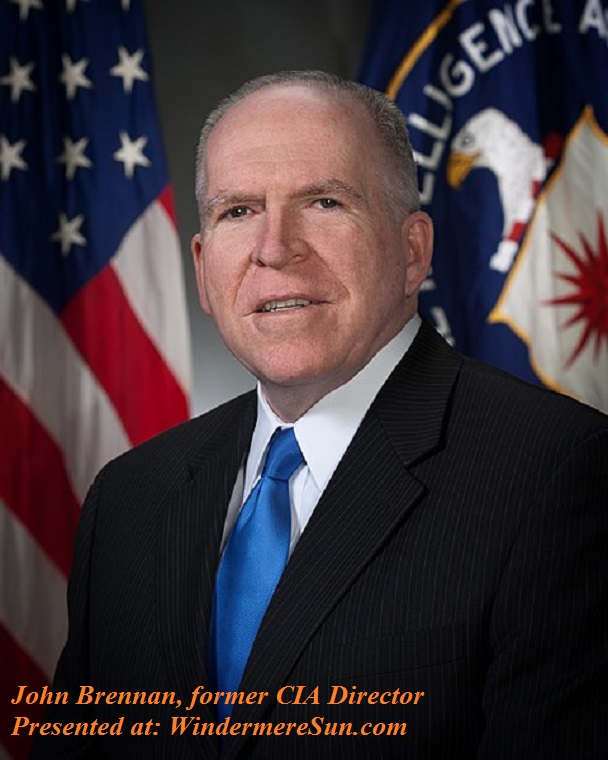 On Wednesday, August 15, 2018, President Trump revoked the security clearance of the former C.I.A. director under President Barack Obama, John O. Brennan, in retaliation against Brennan’s outspoken criticisms. Brennan harshly criticized Trump several times since he was elected, and he responded to the revocation by stating “My principles are worth far more than clearances. I will not relent. “Trump also threatened to do the same to other former national security officials who have antagonized him. President Trump’s press secretary Sarah Huckabee Sanders read a statement saying that Mr. Brennan had abused his access to the United States’ secrets “to make a series of unfounded and outrageous allegations.” This is the most recent assault by a president who routinely questioned the loyalty of national security officials and dismissed some of their findings. Trump seemed to consider the conclusion of Russian interference in the U.S. 2016 election as attack against him.

John Brennan says that he believes the president’s increasingly erratic behavior is because special prosecutor Robert Mueller‘s investigation is closing in on the president and people close to him. Mieke Eoyang, Ron Klain and Stuart Stevens join Lawrence O’Donnell in the video below: