Cozy Cat/He Who Knows Best Knows How Little He Knows 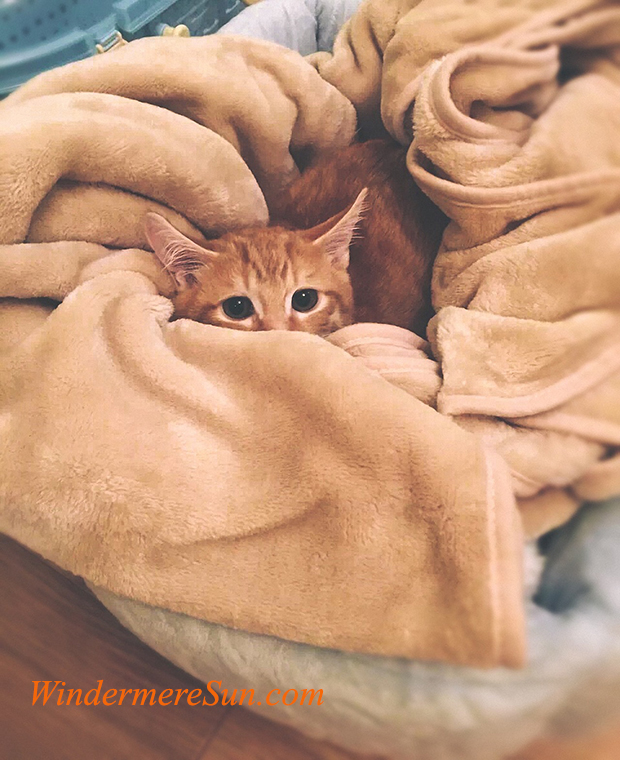 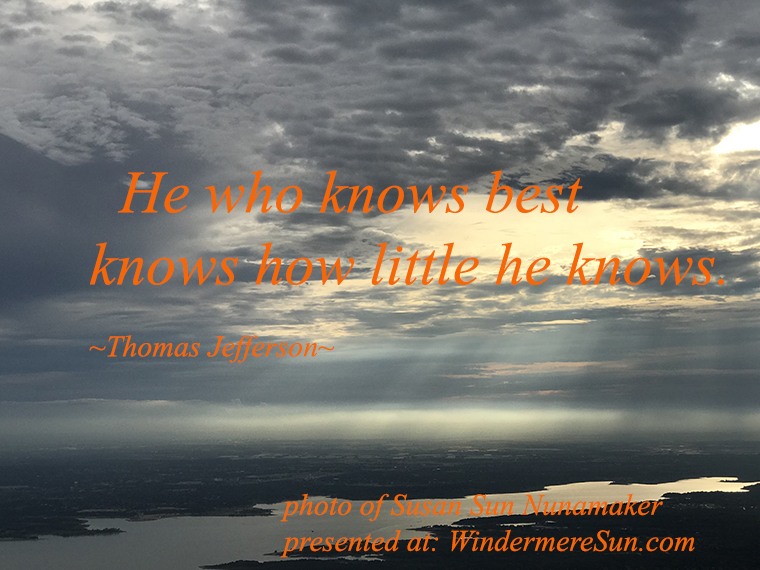 “He who knows best knows how little he knows.” (Quote of Thomas Jefferson, Photo of Susan Sun Nunamaker, Presented at: WindermereSun.com)

This cat certainly knows how to stay cozy….don’t you agree?!

“He who knows best knows how little he knows.” (Quote of Thomas Jefferson, Photo of Susan Sun Nunamaker, Presented at: WindermereSun.com)

Thomas Jefferson once said, “He who knows best knows how little he knows.”

More on Thomas Jefferson, excerpt from wikipedia, in italics, below:

Thomas Jefferson was an American Founding Father who was the principal author of the Declaration of Independence and later served as the third president of the United States from 1801 to 1809. Previously, he had been elected the second vice president of the United States, serving under John Adams from 1797 to 1801. He was a proponent of democracy, republicanism, and individual rights motivating American colonists to break from Great Britain and form a new nation; he produced formative documents and decisions at both the state and national level.

Jefferson was mainly of English ancestry, born and educated in colonial Virginia. He graduated from the College of William & Mary and briefly practiced law, with the largest number of his cases concerning land ownership claims. During the American Revolution, he represented Virginia in the Continental Congress that adopted the Declaration, drafted the law for religious freedom as a Virginia legislator, and served as a wartime governor (1779–1781). He became the United States Minister to France in May 1785, and subsequently the nation’s first Secretary of State in 1790–1793 under President George Washington. Jefferson and James Madison organized the Democratic-Republican Party to oppose the Federalist Party during the formation of the First Party System. With Madison, he anonymously wrote the controversial Kentucky and Virginia Resolutions in 1798–1799, which sought to strengthen states’ rights by nullifying the federal Alien and Sedition Acts.

As President, Jefferson pursued the nation’s shipping and trade interests against Barbary pirates and aggressive British trade policies. He also organized the Louisiana Purchase, almost doubling the country’s territory. As a result of peace negotiations with France, his administration reduced military forces. He was reelected in 1804. Jefferson’s second term was beset with difficulties at home, including the trial of former Vice President Aaron Burr. American foreign trade was diminished when Jefferson implemented the Embargo Act of 1807, responding to British threats to U.S. shipping. In 1803, Jefferson began a controversial process of Indian tribe removal to the newly organized Louisiana Territory, and he signed the Act Prohibiting Importation of Slaves in 1807.

Jefferson, while primarily a planter, lawyer and politician, mastered many disciplines, which ranged from surveying and mathematics to horticulture and mechanics. He was an architect in the classical tradition. Jefferson’s keen interest in religion and philosophy led to his presidency of the American Philosophical Society; he shunned organized religion but was influenced by both Christianity and deism. A philologist, Jefferson knew several languages. He was a prolific letter writer and corresponded with many prominent people. His only full-length book is Notes on the State of Virginia (1785), considered perhaps the most important American book published before 1800. After retiring from public office, Jefferson founded the University of Virginia.

Although regarded as a leading spokesman for democracy and republicanism in the era of the Enlightenment, Jefferson’s historical legacy is mixed. Some modern scholarship has been critical of Jefferson’s private life, pointing out the contradiction between his ownership of the large numbers of slaves that worked his plantations and his famous declaration that “all men are created equal.” Another point of controversy stems from the evidence that after his wife Martha died in 1782, Jefferson fathered children with Martha’s half-sister, Sally Hemings, who was his slave. Nonetheless, presidential scholars and historians generally praise his public achievements, including his advocacy of religious freedom and tolerance in Virginia. Jefferson continues to rank highly among U.S. presidents.