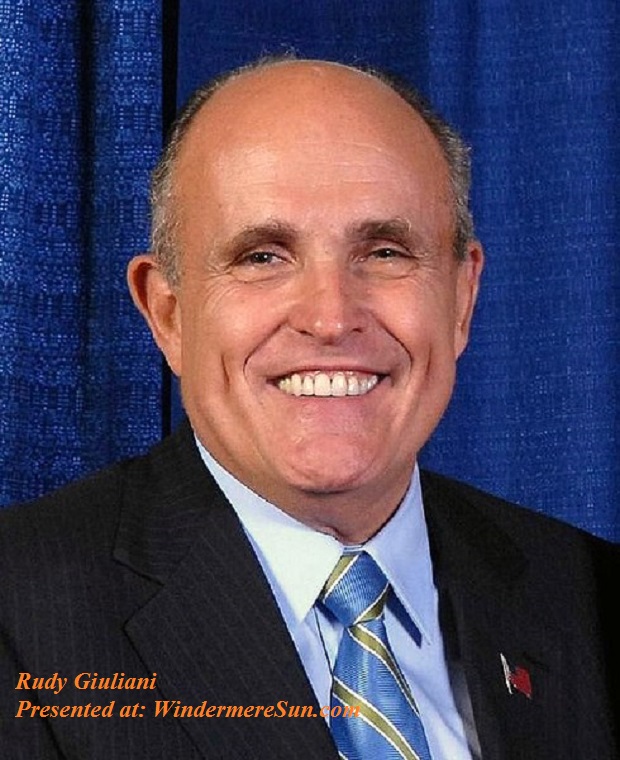 President Trump’s attorney Rudy Giuliani says he sent Special Counsel Robert Mueller a new offer, for a potential Trump-Mueller interview. He also warned that Mueller’s probe should be over by September 1, 2018. Below is AP White House reporter Jonathan Lemire, Washington Post National Reporter Robert Costa, and a former U.S attorney for the Eastern District of Michigan, Barbara McQuade on this topic:


On Wednesday evening, the president’s lawyer Rudy Giuliani said special counsel Robert Mueller will have a lot to answer for. According to Justice Department Inspector General, “The 60-Day Rule is not written or described in any Department policy or regulation….there is generalized, unwritten guidance that prosecutors do not indict political candidates or use overt investigative methods in the weeks before an election.”. It was not that the investigation has to terminate weeks before an election, as falsely claimed by Rudy Giuliani. Special Counsel Mueller can pause the investigation slightly before September 1, 2018, and resume the investigation in November or December. According to Associated Press White House Reporter Jonathan Lemire, Giuliani’s approach is that of a public relations strategy rather than a legal strategy, trying to drum up Republicans’ outrage toward the Mueller probe. If President Trump has agreed to an interview with the Mueller team earlier, much of the investigations would have been completed already, below: Trump’s lawyers, Rudy Giuliani and Jay Sekulow are interviewing themselves in the media, moonlighting as guest hosts on Sean Hannity’s radio show. Sen. Richard Blumenthal tells Ari Melber that Trump’s lawyers are “making a mockery” of the rule of law and says he is “appalled and astonished” by his colleagues in Congress, who have “joined in this effort to demean and disrespect” the Mueller Russia probe.
Gathered, written, and posted by Windermere Sun-Susan Sun Nunamaker
More about the community at www.WindermereSun.com