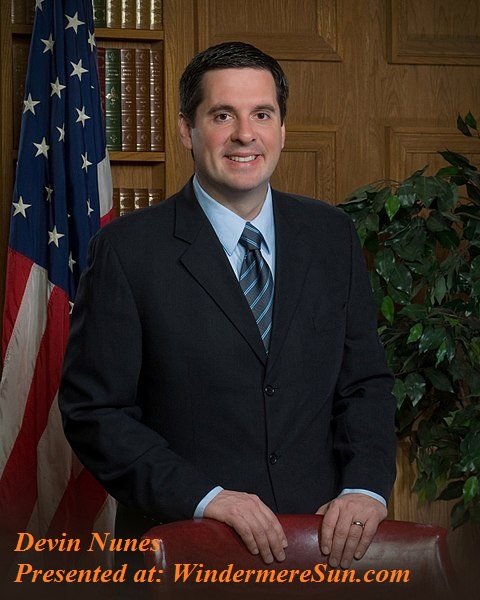 At a recent Republican fundraiser, House Intelligence Chairman Devin Nunes  and Congresswoman Cathy McMorris Rogers lied to the Republican contributors, saying that the process to  impeach the Deputy Attorney General Rod Rosenstein is moving slowly. But in reality, there is no impeachment of Rod Rosenstein. This would be the last resort in attempting to terminate the Mueller investigation, at which point there would be constitutional crisis.

Jennifer Rubin pointed out that in order to have effective constitutional check on the President of the United States, it is necessary to change the Party.

Jill Wine-Banks and Jennifer Rubin join Lawrence to react to the audio of House Intelligence Chairman Devin Nunes talking about Trump and the Mueller investigation at a recent GOP fundraiser, obtained by the Rachel Maddow show, below:

Further embellishment of background information about Congressman Devin Nunes and how he had tried to derail the Mueller investigation at almost any cost, reported by Rachel Maddow, below: Behind closed doors, Congressman Nunes commented that President Trump’s tweets make him cringe.

Congressman Nunes also believed that any one who had disseminated stolen emails would be considered to have committed criminal act.