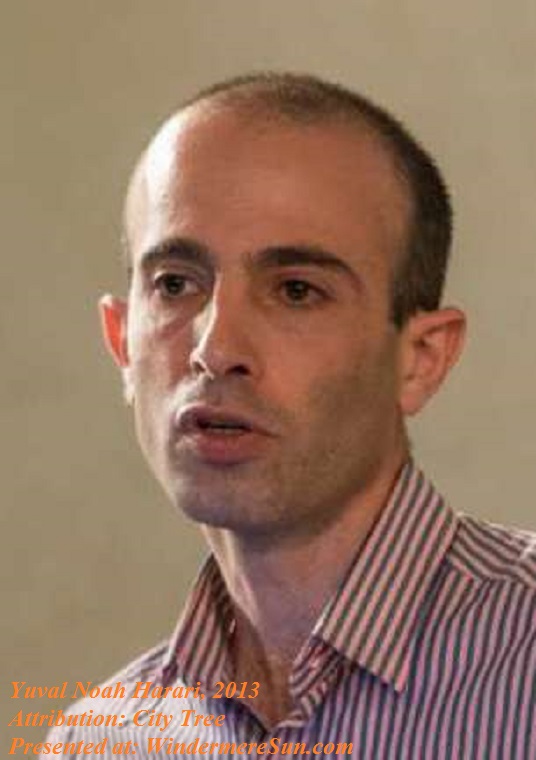 Hacking human beings might be the end of the liberal democracy as we have known for the last century,  Professor Yuval Noah Harari warns us in the video below. Scientists in the fields of brain science and computer science, in particular, would understand that their research will lead to hacking human beings. Through their effort to cure psychiatric illnesses (by the brain scientists) or  working on solving problems in traffic accidents caused by human errors through AI in developing self-driving cars (by computer scientists), it is simply a matter of time before human beings will be completely hacked. Yuval Noah Harari reminds scientists to consider the potential political and ethical ramifications of their scientific discoveries and developments. Harari also warns scientists to be more aware of the politics within the laboratory and to also become more politically engaged outside the laboratory, and be more aware of the tools they develop being better suited for distributed (democratizing) system or for centralized (top down) system, or toolset to help self explorations by individuals or tools for external large scale system to control individuals. Even though scientists are quite aware of the human wisdom, but Harari cautions that scientists should not underestimate the human stupidity.

Hacking human beings… Digital dictatorships… A biological, technological reality? Do we have the necessary computing power and biological insight? Will algorithms know us better than we know ourselves? These are the questions being asked and discussed in the video, “HUJI Talks-BOG 2018-Professor Yuval Noah Harari“, below:

About Yuval Noah Harari, excerpts from wikipedia, below, in italics:

Yuval Noah Harari (Hebrew: יובל נח הררי‎; born 24 February 1976) is an Israeli historian and a tenured professor in the Department of History at the Hebrew University of Jerusalem. He is the author of the international bestsellers Sapiens: A Brief History of Humankind (2014) and Homo Deus: A Brief History of Tomorrow (2016). His writings examine concepts of free will, consciousness and definitions of intelligence.

Harari’s early publications are concerned with what he describes as the “cognitive revolution” occurring roughly 50,000 years ago, when Homo sapiens supplanted the rival Neanderthals, mastered cognitive linguistics, developed structured societies, and ascended as apex predators, aided by the agricultural revolution and more recently accelerated by scientific methodology and rationale which have allowed humans to approach near mastery over their environment.

His recent books are more cautionary, and work through the consequences of a futuristic biotechnological world where sentient biological organisms are surpassed by their own creations; he has said “Homo sapiens as we know them will disappear in a century or so”.

His book Homo Deus: A Brief History of Tomorrow was published in 2016, examining broad possibilities of the future of Homo sapiens. The book’s premise outlines that in the future, humanity is likely to make a significant attempt to gain happiness, immortality and God-like powers. The book goes on to openly speculate various ways this ambition might be realised for Homo sapiens in the future based on the past and present. Among several possibilities for the future, Harari develops a term for a philosophy or mindset that worships big data.

Harari’s next book will be called 21 Lessons for the 21st Century and will focus more on present-day concerns. It is due to be published on 30th August 2018.

Harari is interested in how Homo sapiens reached their current condition, and in their future. His research focuses on macro-historical questions such as: What is the relation between history and biology? What is the essential difference between Homo sapiens and other animals? Is there justice in history? Does history have a direction? Did people become happier as history unfolded?

Harari regards dissatisfaction as the “deep root” of human reality, and as related to evolution.

In a 2017 article Harari has argued that through continuing technological progress and advances in the field of artificial intelligence, “by 2050 a new class of people might emerge – the useless class. People who are not just unemployed, but unemployable.” He put forward the case that dealing with this new social class economically, socially and politically will be a central challenge for humanity in the coming decades.

Harari has commented on the plight of animals, particularly domesticated animals since the agricultural revolution, and is a vegan. In a 2015 Guardian article under the title “Industrial farming is one of the worst crimes in history” he called “[t]he fate of industrially farmed animals (…) one of the most pressing ethical questions of our time.