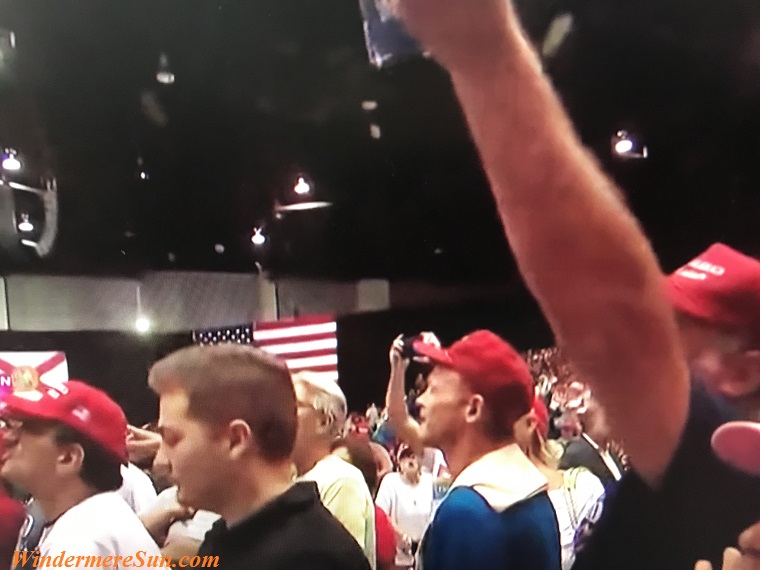 President Trump spoke at a rally in Tampa, Florida,  for Florida Republican candidates:

He commented on economy, mideterm elections, relations with North Korea, and China.

Coverage of this rally by MSNBC, below:

There were those who carried posters of “Q” for QAnon movement at the rally at Tampa, FL. Since I needed to be educated about the QAnon, I looked it up at wikipedia, share below, in italics:

QAnon  refers to conspiracy theories centered on Q, an online handle used on several image boards by a presumably American pseudonymous individual or group of individuals claiming to have access to classified information involving the Trump administration and its opponents in the United States, and detailing a supposed secret counter-coup against the alleged “deep state“. The QAnon conspiracy theorists are also accusing numerous Hollywood actors and politicians of being pedophiles.

The conspiracy theories, mainly popularized by supporters of U.S. President Donald Trump under the names The Storm and The Great Awakening, have been widely characterized as “baseless”, “unhinged”, “evidence-free”, and a “deranged conspiracy cult”.