“Tips for Jesus”, an Anonymous Movement of Random Kindness

Tips for Jesus (presented at: WindermereSun.com) 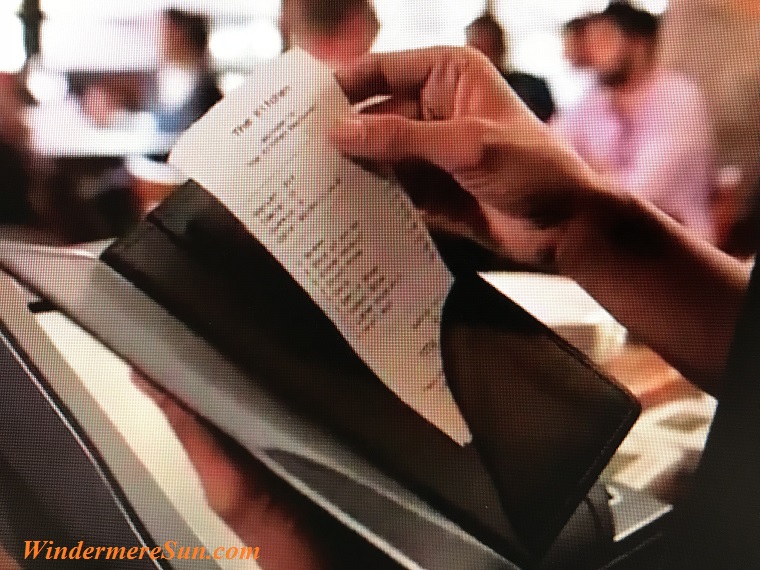 Tips for Jesus (presented at: WindermereSun.com)

I spent the past week in California, looking after my mom after her fall.  During the week, I came across an interesting piece of news about a California waitress allegedly having received a $2,000 tip from ‘Tips for Jesus‘, an anonymous movement. This anonymous movement, where anonymous diners leave amazingly large tips across the country and post about it on social media, began in 2013 and lasted until 2015. Tips for Jesus resurfaced in November of 2017 in New York, when Caitlin Cahill, who worked in Manhattan’s Guyer’s bar, reportedly received a generous $5,000 tip, courtesy of the group. During last two months, the Tips for Jesus  instagram account has posted on three different occasions, with the most recent of which being a $2,000 tip. Jessica Samford was the lucky recipient who received the large tip of $2,000 from an anonymous patron on a $490 tab during the Rugby World Cup on Saturday.

Apparently, the man behind “tips for Jesus” spoke with San Francisco Magazine. While his instagram account claimed he is “doing the Lord’s work”, the anonymous tipper said his actions are “agnostic”. His reasoning for beginning the campaign, reported in Christianheadlines, below, in italics:

“For someone who’s just spent several weeks being harassed by me and countless other reporters, the tipper is unaccountably forthright, funny, and warm—uncommonly well dressed, perhaps, but otherwise normal. The way he tells it, the whole Tips for Jesus ‘movement’ was created as something of a guerrilla effort to encourage more people of means to give back—to foster a kind of ad hoc charity culture attractive to a generation that may be turned off by traditional philanthropy. Tipping $100 on a $3.99 Oreo Blender Blaster at a Sunset Boulevard Denny’s may lack some of the gravitas of, say, Marc Benioff’s endowment of a children’s hospital—but it’s direct, instantly gratifying, and relatively easy….

“The goal isn’t just to tip in a vacuum, he says—it’s to create a stream of copycats. ‘And we wanted to harness social media to do that,’ he says. If, after all, you want to spread the gospel of extravagant giving, there’s no better way to do it than through the social web. Before we meet, he emails me a news story about a trio of diner waitresses in Caledonia, Illinois, who’d each been tipped $5,000 by a woman ostensibly inspired by Tips for Jesus. When I ask him about it, he breaks into a wide smile and tells me that this is exactly what he had hoped to inspire from the beginning.”

Let’s hope that this random kindness movement will continue to spread every where!