What Cat Eyes!/Everything Is Theoretically Impossible, Until It Is Done 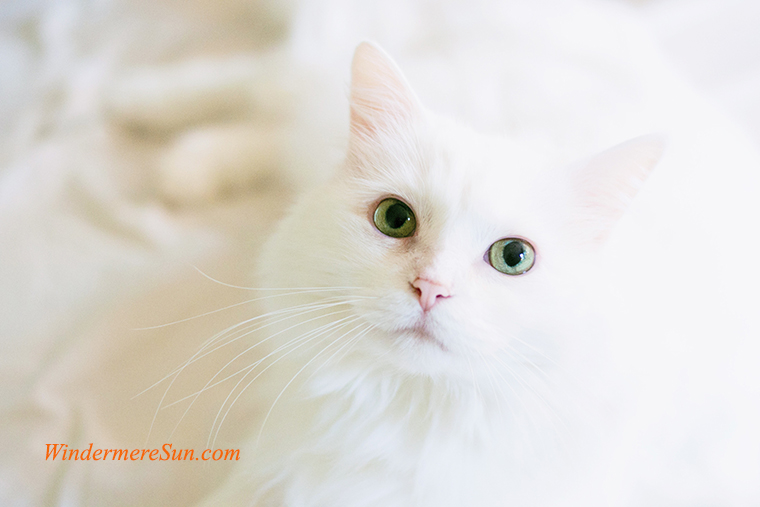 What Cat Eyes! (presented at: WindermereSun.com) 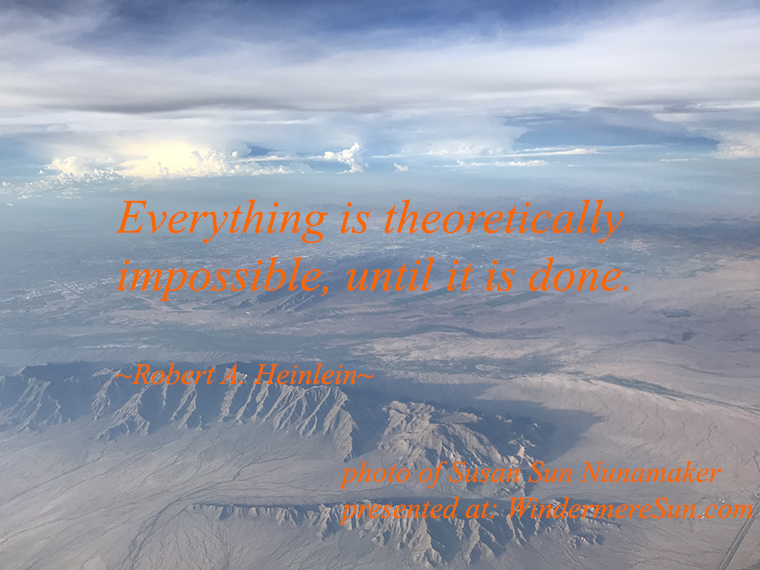 “Everything is theoretically impossible until it is done.” (quote of Robert A. Heinlein, photo of Susan Sun Nunamaker, presented at: WindermereSun.com)

What Cat Eyes! (presented at: WindermereSun.com)

“Everything is theoretically impossible until it is done.” (quote of Robert A. Heinlein, photo of Susan Sun Nunamaker, presented at: WindermereSun.com)

Robert A. Heinlein once said, “Everything is theoretically,  impossible until it is done.” Heinlein is also one of my favorite science fiction writers.

To find out more about Robert A. Heinlein, please refer to the excerpt below, in italics, below:

Robert Anson Heinlein ( July 7, 1907 – May 8, 1988) was an American science-fiction writer. Often called the “dean of science fiction writers”, he wrote sometimes controversial works which continue to have an influential effect on the science-fiction genre, and on modern culture more generally.

Heinlein became one of the first American science-fiction writers to break into mainstream magazines such as The Saturday Evening Post in the late 1940s. He was one of the best-selling science-fiction novelists for many decades, and he, Isaac Asimov, and Arthur C. Clarke are often considered the “Big Three” of English-language science fiction authors. Notable Heinlein works include Stranger in a Strange Land, Starship Troopers (which helped mould the space marine and mecha archetypes) and The Moon Is a Harsh Mistress.

A writer also of numerous science-fiction short stories, Heinlein was one of a group of writers who came to prominence under the editorship (1937-1971) of John W. Campbell at Astounding Science Fiction magazine; though Heinlein denied that Campbell influenced his writing to any great degree.

Within the framework of his science-fiction stories, Heinlein repeatedly addressed certain social themes: the importance of individual liberty and self-reliance, the obligation individuals owe to their societies, the influence of organized religion on culture and government, and the tendency of society to repress nonconformist thought. He also speculated on the influence of space travel on human cultural practices.

Heinlein was named the first Science Fiction Writers Grand Master in 1974. Four of his novels won Hugo Awards, a different four won Nebula Awards. In addition, fifty years after publication, five of his works were awarded “Retro Hugos“—awards given retrospectively for works that were published before the Hugo Awards came into existence. In his fiction, Heinlein coined terms that have become part of the English language, including “grok“, “waldo“, and “speculative fiction“, as well as popularizing existing terms like “TANSTAAFL“, “pay it forward“, and “space marine“. He also anticipated mechanical computer-aided design with “Drafting Dan” and described a modern version of a waterbed in his novel The Door into Summer, though he never patented nor built one. In the first chapter of the novel Space Cadet he anticipated the cell-phone, 35 years before Motorola invented the technology. Several of Heinlein’s works have been adapted for film and television.