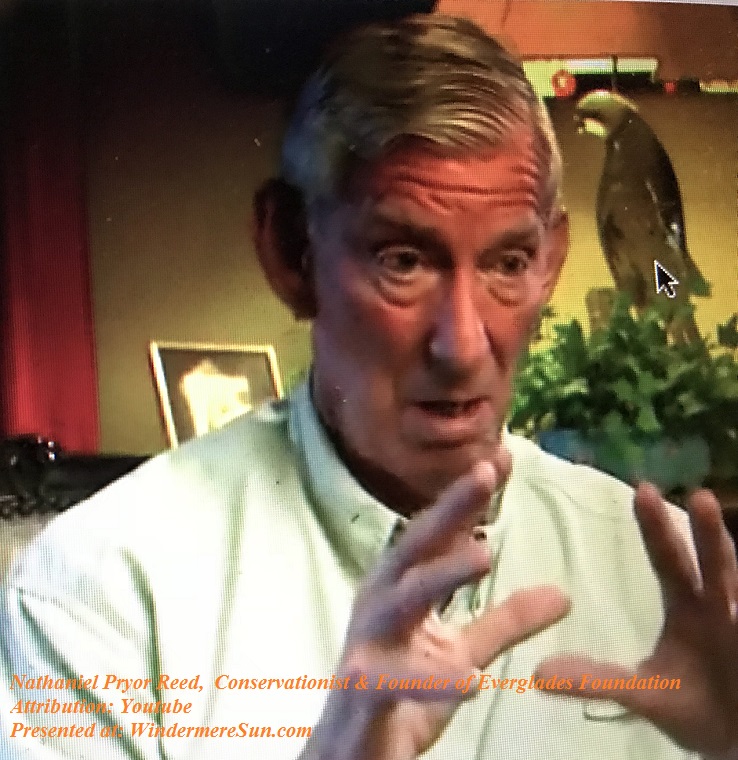 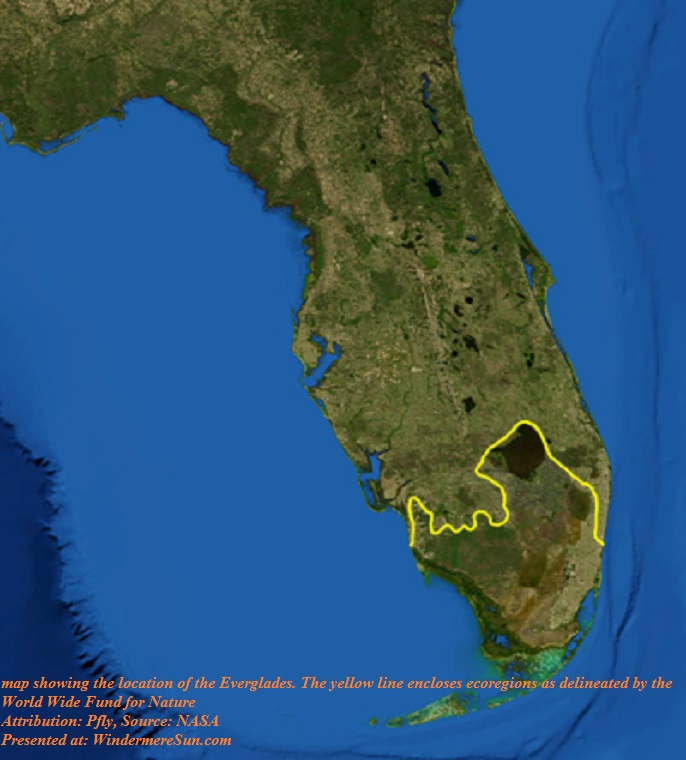 Nathaniel Pryor Reed (aka: Nat Reed), the Jupiter Island environmental activist, passed away just 11 days shy of 85. He would have turned 85 on July 22, 2018. He worked to preserve natural areas in Florida and throughout the United States. Reed died after a fall doing something he loved, fishing, in Quebec, according to CEO of Everglades Foundation Erik Eikenberg. Reed helped  founded and lead Everglades Foundation for over 25 years.

Below, is an excerpt from Mr. Nathaniel P. Reed’s blog site, in bold italics:

He started his career in the family real estate and hotel business in Florida from which his concern for the environment steered him in public life. He has served six Florida governors and two presidents in many positions, including terms as chairman of the Florida Department of Air and Water Pollution Control, and Assistant Secretary of the U.S. Department of the Interior for Fish, Wildlife and Parks. Beyond his government service, he helped found 1000 Friends of Florida and has served as both president and chairman of the board of the organization. He currently or has served on the boards of the Atlantic Salmon Federation, Natural Resources Defense Council, National Geographic Society, Yellowstone National Park, Everglades Foundation and Hope Rural School.

Excerpt from wikipedia, on the subject of Everglades Foundation, in italics, below:

The Everglades Foundation was formed by a group of outdoor enthusiasts, environmentalists and residents of Florida who were concerned over the decline of the Everglades and the resulting damage in the nearby natural and protected areas such as Florida Bay. The original founding members, George Barley, a wealthy Orlando developer, and billionaire Paul Tudor Jones II, spearheaded the organization’s growth, and shared the same concern over the steady decline of the environmental balance in this unique and delicate ecosystem, due to poor water management and pollution.

The Foundation was created and founded in 1993, and is currently operated as a not-for-profit 501(c)(3) charitable organization. This organization is supported by noteworthy performers, professional athletes, and business persons. Included in the list is Jimmy Buffett and golfer Jack Nicklaus.

The Everglades Foundation is dedicated to advancing an understanding of the Greater Everglades ecosystem and its irreplaceable environmental and economic value. The organization is funded primarily from private donations. The Foundation’s board covers administrative and fund raising expenses separately and entirely each year. This allows the Foundation to state that 100 percent of each donation goes directly to support programs to restore the Everglades. Donations provide scientists, policy analysts, researchers, communications experts and other professionals with funding to address complex issues involved in saving the River of Grass. The Everglades Foundation directs some of their resources toward the organizations that hold congruent philosophies on Everglades restoration. Foundation-supported grant programs allow collaboration instead of competition with several non-profit organizations to focus efforts instead of working individually on like-minded environmental concerns

The organization employs PH.D-level scientists who work to promote the understanding of the greater Everglades ecosystem. The Foundation provides its expertise and research to these partner organizations in addition to grant funding. This is one of the strengths of the organization, and as such, the Everglades Foundation is often called on to provide expertise on policy issues impacting the Everglades with local governments such as Miami-Dade County, Florida, as well as the federal Comprehensive Everglades Restoration Plan (CERP) project.