Who Will Replace Justice Anthony Kennedy? 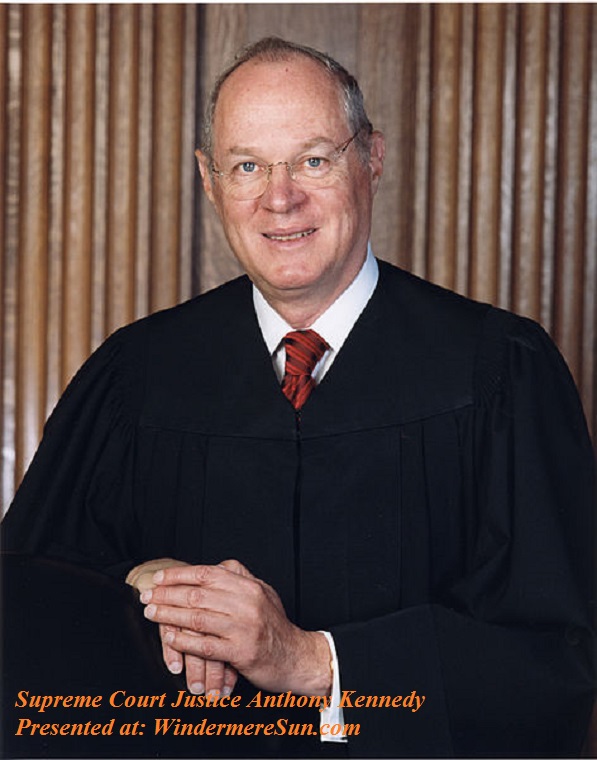 At eighty-one year old, Supreme Court Justice Anthony Kennedy‘s tenure spanned six presidential administrations, is the longest term of any sitting Justices. On June 27, 2018, he announced his retirement from the Supreme Court, effective July 31. He has been a centrist moderating force for many cases. His position has been that of a pragmatic libertarian, emphasizing individual rights and freedom. His courtly presence will be missed and his future replacement will determine much of the  direction of our court system in generations to come. Justice Kennedy’s retirement has sparked the political battle over when the confirmation of his successor should take place. Democrats believe that Republican should wait until after the November election in following the precedent Republican set in 2016.
(The panelists discussed the impact of the announcement, including Kennedy’s legacy and potential replacements, in the video below:)


President Reagan nominated Kennedy to the Supreme Court. Kennedy won unanimous confirmation from the United States Senate in February 1988. Kennedy became the most senior Associate Justice of the Court following the death of Antonin Scalia in February 2016. Justice Kennedy has authored the majority opinion in several important cases, including Boumediene v. Bush and Citizens United v. FEC. Kennedy wrote in part the majority opinions in Planned Parenthood v. Casey. He is also notable for his majority opinions in each of the Court’s landmark gay rights cases: Romer v. Evans, Lawrence v. Texas, United States v. Windsor, and Obergefell v. Hodges. He is the senior Associate Justice of the Supreme Court of the United States. He was nominated to the court in 1987 by President Ronald Reagan, and sworn in on February 18, 1988. Since the retirement of Sandra Day O’Connor in 2006, he has been the swing vote on many of the Roberts Court‘s 5–4 decisions. Most likely, the Supreme Court will have a more conservative tilt when Justice Kennedy’s replacement will be selected and decided.     24 hours before Anthony Kennedy announced his retirement from the Supreme Court, Sen. Jeff Flake said that he would block Trump judicial nominations over tariffs. Lawrence O’Donnell says that if Flake holds strong, he could take down a radical Trump nominee to the Court. Ron Klain, Neera Tanden, and Jill Wine-Banks join, in the video below: Syndicated columnist Mark Shields and New York Times columnist David Brooks join Judy Woodruff to discuss the week’s news, including the retirement and legacy of Justice Anthony Kennedy, a shocking Democratic victory in Queens, and the continued fallout over the Trump administration’s “zero tolerance” immigration policy and family separation, in the video below: Gathered, written, and posted by Windermere Sun-Susan Sun Nunamaker
More about the community at www.WindermereSun.com