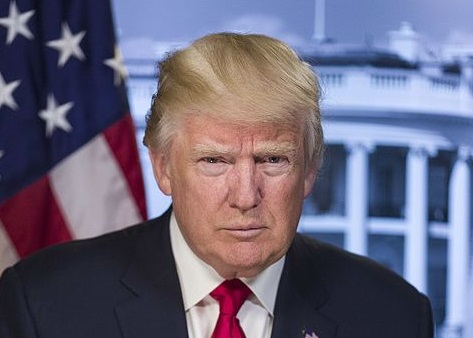 President Donald Trump reversed the policy to separate families of undocumented immigrants at southwestern border on Wednesday, signing an executive order to keep parents and children together.  Trump said, “We’re signing an executive order. I consider it to be a very important executive order. It’s about keeping families together, while at the same time being sure we have a very powerful, very strong border.”  After intense pressure from political, religious, as well as world leaders, mothers of USA, former First Ladies to halt the separations, Trump reversed the original policy. He said in the oval office, “The border is just as tough. But we do want to keep families together.”


After discussions with Homeland Security Secretary Kirstjen Nielsen and other key officials, Trump said, “I’ll be doing something that’s somewhat preemptive and ultimately will be matched by legislation I’m sure.” But just day earlier, Trump claimed that his administration’s hands were tied without congressional action.
President Trump previously stated, “Under current law, we have only two policy options to respond to this massive crisis. We can either release all illegal immigrant families and minors who show up at the border from Central America or we can arrest the adults for the federal crime of illegal entry. Those are the only two options, totally open borders or criminal prosecution for law-breaking.”

In the executive order Trump signed today (Wednesday), Trump declared it is his administration’s policy to “maintain family unity” while these families are being processed and detained. The order also directs other agencies such as Pentagon to take steps to find places to house these family units. The order also indicates that migrants entering the U.S. with children will not be kept together if there’s a fear for the child’s welfare. Families will also be  prioritized in the adjudication process. President Trump was not required to sign anything and could have reversed the family separations with a phone call.  Executive orders usually require input from the Legal Counsel office. Details of the executive order were worked out between the White House, the Justice Department, and the Department of Homeland Security.

Trump also postponed Thursday’s congressional picnic at the White House, saying it didn’t feel right. The President Trump’s decision was reached a day after he met Republican lawmakers who fear that their political prospects at the midterm elections are being negatively impacted by the separation policy.

Texas Democrat Rep. Joaquin Castro told CNN’s Wolf Blitzer, “The President is the one that created this humanitarian crisis…I hope the President will fix the problem that he created.”

Finally, Windermere Sun would like to thank any and every one who have made an effort in calling attention to this humanitarian crisis and helped to convince President Trump to do the right thing.