Guinea Pig/Money Won’t Create Success, The Freedom To Make It Will 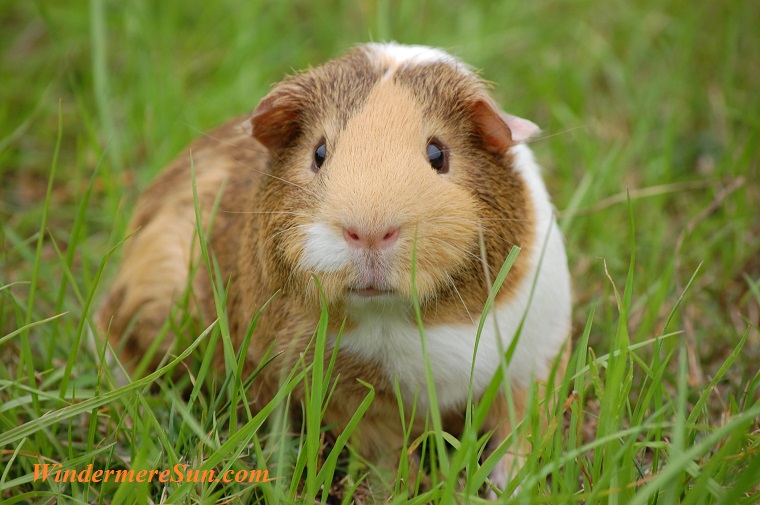 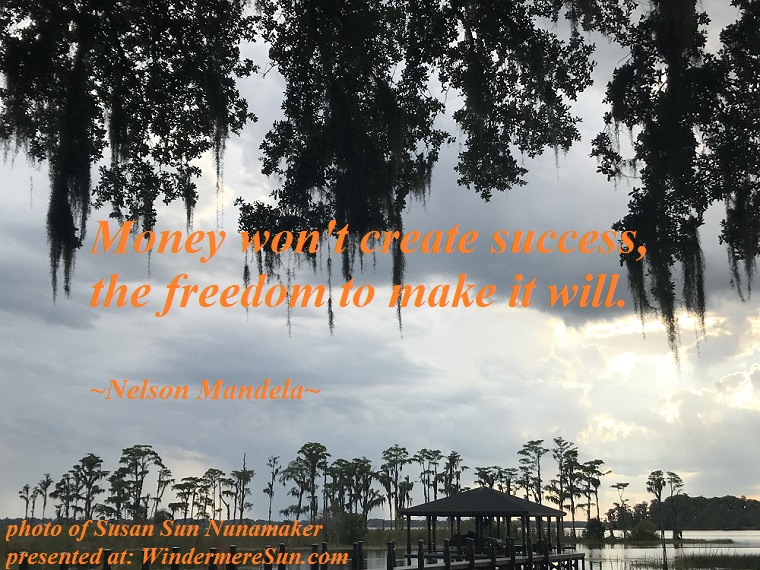 “Money won’t create success, the freedom to make it will.” (quote of Nelson Mandela, photo of Susan Sun Nunamaker, presented at: WindermereSun.com)

Looking for a pet for your little ones or for yourself ? Needing a gentle creature soft to the touch so much cuddling will be in the future? Then you may want to consider the adorable rodent of guinea pig.

To find out more about guinea pigs, feel free to refer to the excerpt from wikipedia, in italics, below:

The guinea pig or domestic guinea pig (Cavia porcellus), also known as cavy or domestic cavy, is a species of rodent belonging to the family Caviidae and the genus Cavia. Despite their common name, these animals are not in the pig family Suidae, nor do they come from Guinea in Africa; they originated in the Andes of South America and studies based on biochemistry and hybridization suggest they are domestic, not wild, descendants of a closely related species of cavy such as C. tschudii. The domestic guinea pig plays an important role in folk culture for many indigenous Andean groups, especially as a food source, but also in folk medicine and in community religious ceremonies. Guinea pigs are a culinary staple in the Andes Mountains, where they are known as cuy, a name also given to large animals, the result of a breeding program, that ended up in southern California. Since the 1960s, efforts have been made to increase consumption of the animal outside South America.

In Western societies, the domestic guinea pig has enjoyed widespread popularity as a household pet, a type of pocket pet, ever since its introduction by European traders in the 16th century. Their docile nature; friendly, even affectionate responsiveness to handling and feeding; and the relative ease of caring for them continue to make guinea pigs a popular choice of pet. Organizations devoted to competitive breeding of guinea pigs have been formed worldwide, and many specialized breeds with varying coat colors and textures are selected by breeders.  Biological experimentation on guinea pigs has been carried out since the 17th century. The animals were frequently used as model organisms in the 19th and 20th centuries, resulting in the common epithet “guinea pig” for a test subject, but have since been largely replaced by other rodents such as mice and rats. They are still used in research, primarily as models for human medical conditions such as juvenile diabetes, tuberculosis, scurvy, and pregnancy complications

“Money won’t create success, the freedom to make it will.” (quote of Nelson Mandela, photo of Susan Sun Nunamaker, presented at: WindermereSun.com)

Nelson Mandela once said, “Money won’t create success, the freedom to make it will.” To find out more about Nelson Mandela, please feel free to check out an excerpt from wikipedia, in italics, below:

Nelson Rolihlahla Mandela ( Xhosa: [xoliɬaˈɬa manˈdɛla]; 18 July 1918 – 5 December 2013) was a South African anti-apartheid revolutionary, political leader, and philanthropist, who served as President of South Africa from 1994 to 1999. He was the country’s first black head of state and the first elected in a fully representative democratic election. His government focused on dismantling the legacy of apartheid by tackling institutionalised racism and fostering racial reconciliation. Ideologically an African nationalist and socialist, he served as President of the African National Congress (ANC) party from 1991 to 1997.

A Xhosa, Mandela was born to the Thembu royal family in Mvezo, British South Africa. He studied law at the University of Fort Hare and the University of the Witwatersrand before working as a lawyer in Johannesburg. There he became involved in anti-colonial and African nationalist politics, joining the ANC in 1943 and co-founding its Youth League in 1944. After the National Party‘s white-only government established apartheid, a system of racial segregation that privileged whites, he and the ANC committed themselves to its overthrow. Mandela was appointed President of the ANC’s Transvaal branch, rising to prominence for his involvement in the 1952 Defiance Campaign and the 1955 Congress of the People. He was repeatedly arrested for seditious activities and was unsuccessfully prosecuted in the 1956 Treason Trial. Influenced by Marxism, he secretly joined the banned South African Communist Party (SACP). Although initially committed to non-violent protest, in association with the SACP he co-founded the militant Umkhonto we Sizwe in 1961 and led a sabotage campaign against the government. In 1962, he was arrested for conspiring to overthrow the state and sentenced to life imprisonment in the Rivonia Trial.

Mandela served 27 years in prison, initially on Robben Island, and later in Pollsmoor Prison and Victor Verster Prison. Amid growing domestic and international pressure, and with fears of a racial civil war, President F. W. de Klerk released him in 1990. Mandela and de Klerk negotiated an end to apartheid and organised the 1994 multiracial general election in which Mandela led the ANC to victory and became President. Leading a broad coalition government which promulgated a new constitution, Mandela emphasised reconciliation between the country’s racial groups and created the Truth and Reconciliation Commission to investigate past human rights abuses. Economically, Mandela’s administration retained its predecessor’s liberal framework despite his own socialist beliefs, also introducing measures to encourage land reform, combat poverty, and expand healthcare services. Internationally, he acted as mediator in the Pan Am Flight 103 bombing trial and served as Secretary-General of the Non-Aligned Movement from 1998 to 1999. He declined a second presidential term and in 1999 was succeeded by his deputy, Thabo Mbeki. Mandela became an elder statesman and focused on combating poverty and HIV/AIDS through the charitable Nelson Mandela Foundation.

Mandela was a controversial figure for much of his life. Although critics on the right denounced him as a communist terrorist and those on the radical left deemed him too eager to negotiate and reconcile with apartheid’s supporters, he gained international acclaim for his activism. Widely regarded as an icon of democracy and social justice, he received more than 250 honours—including the Nobel Peace Prize—and became the subject of a cult of personality. He is held in deep respect within South Africa, where he is often referred to by his Xhosa clan name, Madiba, and described as the “Father of the Nation“.