WWII: Europe, Normandy, France, “Into the Jaws of Death”-U.S. Troops wading through water and Nazi gunfire, circa: 06-06-1944 (presented at: WindermereSun.com) 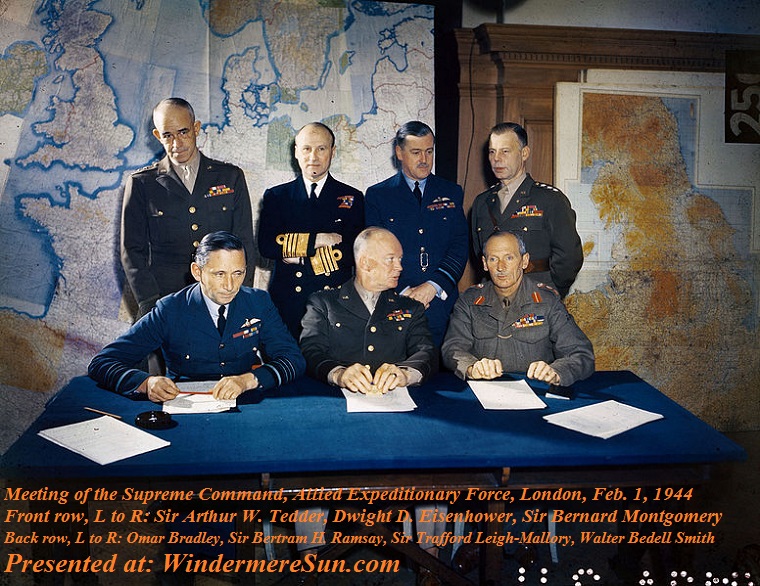 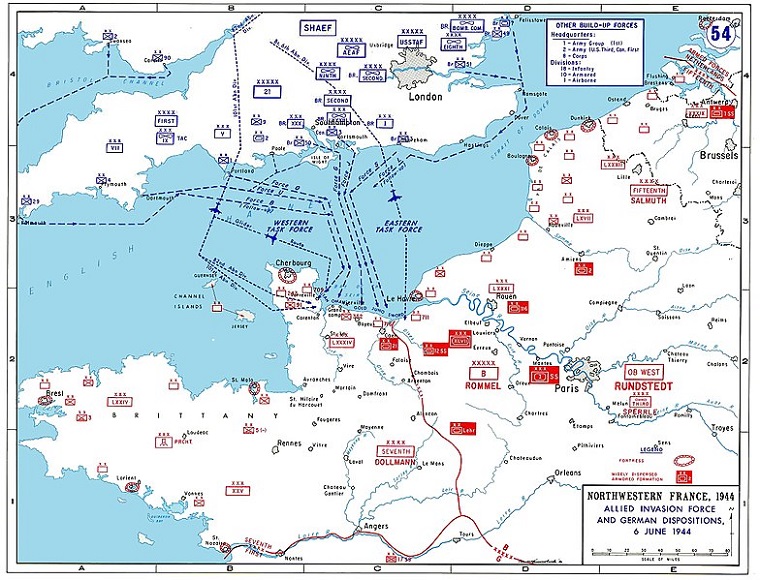 
Just a quick note on history and reminder for all of us that freedom has never been free: June 6 was also known as D-Day during WWII for it was the first day of the invasion of Normandy. The whole operation was also known as “Neptune Overlord” or “Operation Neptune“, with Neptune referring to the naval portion of the operation and Overlord referring to the land portion. More details in an excerpt from wikipedia, in italics, below:
The Normandy landings were the landing operations on Tuesday, 6 June 1944 of the Allied invasion of Normandy in Operation Overlord during World War II. Codenamed Operation Neptune and often referred to as D-Day, it was the largest seaborne invasion in history. The operation began the liberation of German-occupied northwestern Europe from Nazi control, and laid the foundations of the Allied victory on the Western Front.
Planning for the operation began in 1943. In the months leading up to the invasion, the Allies conducted a substantial military deception, codenamed Operation Bodyguard, to mislead the Germans as to the date and location of the main Allied landings. The weather on D-Day was far from ideal and the operation had to be delayed 24 hours; a further postponement would have meant a delay of at least two weeks as the invasion planners had requirements for the phase of the moon, the tides, and the time of day that meant only a few days each month were deemed suitable. Adolf Hitler placed German Field Marshal Erwin Rommel in command of German forces and of developing fortifications along the Atlantic Wall in anticipation of an Allied invasion.
The amphibious landings were preceded by extensive aerial and naval bombardment and an airborne assault—the landing of 24,000 American, British, and Canadian airborne troops shortly after midnight. Allied infantry and armoured divisions began landing on the coast of France at 06:30. The target 50-mile (80 km) stretch of the Normandy coast was divided into five sectors: Utah, Omaha, Gold, Juno, and Sword. Strong winds blew the landing craft east of their intended positions, particularly at Utah and Omaha. The men landed under heavy fire from gun emplacements overlooking the beaches, and the shore was mined and covered with obstacles such as wooden stakes, metal tripods, and barbed wire, making the work of the beach-clearing teams difficult and dangerous. Casualties were heaviest at Omaha, with its high cliffs. At Gold, Juno, and Sword, several fortified towns were cleared in house-to-house fighting, and two major gun emplacements at Gold were disabled, using specialized tanks.

The Allies failed to achieve any of their goals on the first day. Carentan, St. Lô, and Bayeux remained in German hands, and Caen, a major objective, was not captured until 21 July. Only two of the beaches (Juno and Gold) were linked on the first day, and all five beachheads were not connected until 12 June; however, the operation gained a foothold which the Allies gradually expanded over the coming months. German casualties on D-Day have been estimated at 4,000 to 9,000 men. Allied casualties were at least 10,000, with 4,414 confirmed dead.

Museums, memorials, and war cemeteries in the area now host many visitors each year.


The Allies planned to launch the invasion on 1 May 1944. The initial draft of the plan was accepted at the Quebec Conference in August 1943. General Dwight D. Eisenhower was appointed commander of Supreme Headquarters Allied Expeditionary Force (SHAEF). GeneralBernard Montgomery was named as commander of the 21st Army Group, which comprised all of the land forces involved in the invasion. On 31 December 1943 Eisenhower and Montgomery first saw the plan, which proposed amphibious landings by three divisions with two more divisions in support. The two generals immediately insisted that the scale of the initial invasion be expanded to five divisions, with airborne descents by three additional divisions, to allow operations on a wider front and speed up the capture of Cherbourg. The need to acquire or produce extra landing craft for the expanded operation meant that the invasion had to be delayed to June. Eventually, thirty-nine Allied divisions would be committed to the Battle of Normandy: twenty-two American, twelve British, three Canadian, one Polish, and one French, totalling over a million troops all under overall British command.

Operation Overlord was the name assigned to the establishment of a large-scale lodgement on the Continent. The first phase, the amphibious invasion and establishment of a secure foothold, was codenamed Operation Neptune. To gain the air superiority needed to ensure a successful invasion, the Allies undertook a bombing campaign (codenamed Operation Pointblank) that targeted German aircraft production, fuel supplies, and airfields. Elaborate deceptions, codenamed Operation Bodyguard, were undertaken in the months leading up to the invasion to prevent the Germans from learning the timing and location of the invasion.

The landings were to be preceded by airborne operations near Caen on the eastern flank to secure the Orne River bridges and north of Carentan on the western flank. The Americans, assigned to land at Utah Beach and Omaha Beach, were to attempt to capture Carentan and St. Lô the first day, then cut off the Cotentin Peninsula and eventually capture the port facilities at Cherbourg. The British at Sword and Gold Beaches and Canadians at Juno Beach would protect the American flank and attempt to establish airfields near Caen. A secure lodgement would be established and an attempt made to hold all territory north of the Avranches–Falaise line within the first three weeks. Montgomery envisaged a ninety-day battle, lasting until all Allied forces reached the River Seine.

Under the overall umbrella of Operation Bodyguard, the Allies conducted several subsidiary operations designed to mislead the Germans as to the date and location of the Allied landings. Operation Fortitude included Fortitude North, a misinformation campaign using fake radio traffic to lead the Germans into expecting an attack on Norway, and Fortitude South, a major deception involving the creation of a fictitious First United States Army Group under Lieutenant General George S. Patton, supposedly located in Kent and Sussex. Fortitude South was intended to deceive the Germans into believing that the main attack would take place at Calais. Genuine radio messages from 21st Army Group were first routed to Kent via landline and then broadcast, to give the Germans the impression that most of the Allied troops were stationed there. Patton was stationed in England until 6 July, thus continuing to deceive the Germans into believing a second attack would take place at Calais.

Many of the German radar stations on the French coast were destroyed in preparation for the landings. In addition, on the night before the invasion, a small group of Special Air Service (SAS) operators deployed dummy paratroopers over Le Havre and Isigny. These dummies led the Germans to believe that an additional airborne landing had occurred. On that same night, in Operation Taxable, No. 617 Squadron RAF dropped strips of “window”, metal foil that caused a radar return which was mistakenly interpreted by German radar operators as a naval convoy near Le Havre. The illusion was bolstered by a group of small vessels towing barrage balloons. A similar deception was undertaken near Boulogne-sur-Mer in the Pas de Calais area by No. 218 Squadron RAF in Operation Glimmer.